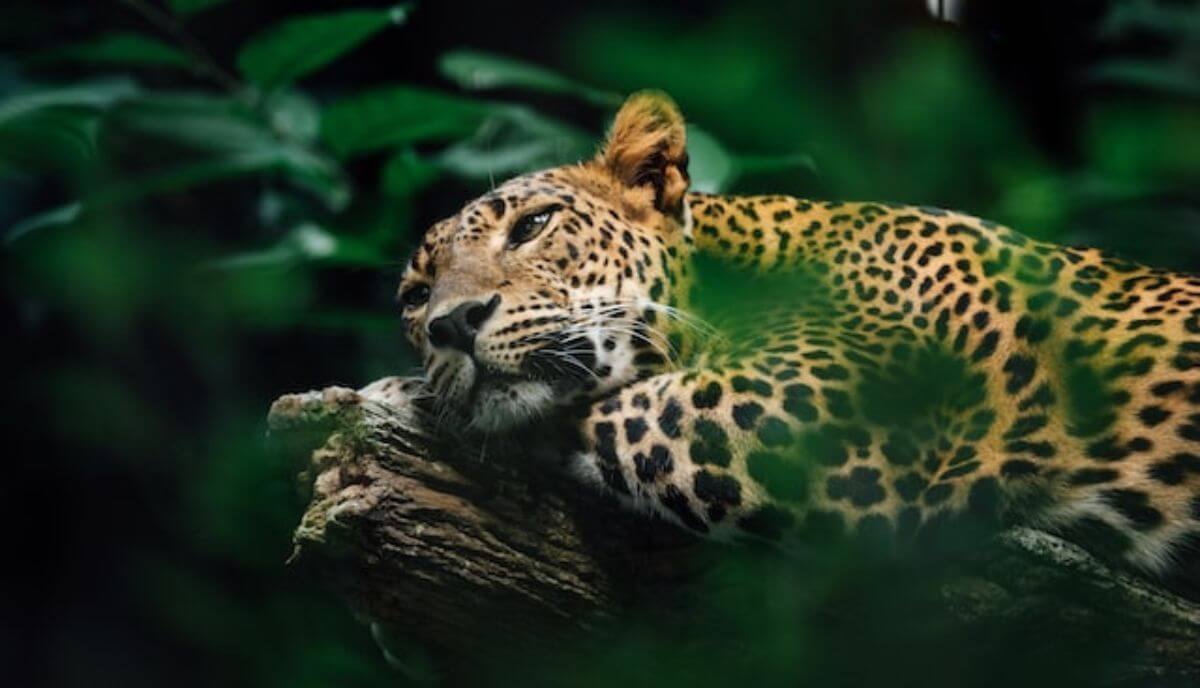 Do you wish to have a pet jaguar? Is it even legal? The answer might be yes, depending on your location.

But should you have jaguars as pets? Probably not.

The idea of having such a powerful yet elegant big cat is tempting. However, the reality is that jaguars are dangerous, wild predators and not housecats.

But if you are still interested in learning more about the legality and other helpful information about keeping jaguars as pets, you’re in the right place!

Can You Have a Pet Jaguar?

Yes, there is a way to adopt a pet jaguar in certain places, but that doesn’t mean you should. Keeping a jaguar as a “pet” comes with many risks and responsibilities, in addition to high expenses and the license required for owning an exotic animal.

Jaguars are the largest cats in America and the third largest in the world. These magnificent beasts, weighing up to 350 pounds, are indeed beautiful and elegant. It’s easy to see why one would want to keep them at home.

However, rest assured that jaguars are dangerous predators, not pets. Even if you could legally own jaguars as pets – it’s not a good idea.

Not only would that require tremendous amounts of resources, but you’d also be risking your life (and the lives of others). It doesn’t take a lot to make a wild cat snap. And when it does, it will not hesitate to kill anyone in its path.

On top of that, it’s virtually impossible to fulfill all of the cat’s needs. Not only does it need pounds of fresh meat every day, but it also needs a large habitat where it can roam, hunt, swim, and otherwise release its energy.

Naturally, the enclosure must be met with safety standards – ensuring that the animal can’t escape and cause harm to unsuspecting neighbors.

Is it Legal to Own a Pet Jaguar?

In most places in the world, it is illegal to own a pet jaguar. However, some US States have exceptions to this rule, including Alabama, Oklahoma, Nevada, Wisconsin, and Delaware. These states have little to no restrictions when it comes to keeping exotic animals as pets.

Most states require special permits to keep jaguars as pets. Others, on the other hand, permit commercial use but not domestic.

If you want to learn more about laws related to the possession of exotic animals, here’s a summary of a law per state.

However, keep in mind that this shouldn’t be a legal dilemma – but rather a moral one. Jaguars are listed as “near threatened” species, and keeping them for personal gain should be frowned upon.

Also, in order to receive a permit to own a jaguar, you’d need to prove that you have a suitable enclosure to take care of an exotic animal. You’d also need to renew the license of owning a jaguar yearly, which can be pricy.

We’ll talk more about costs in a minute.

Related: Can You Have a Pet Leopard?

Can Jaguars be Domesticated?

In short, a jaguar can never be fully domesticated. Even if it belongs to the same family as your household cat, it’s important to note that it took generations of domestication for a pet cat to reach the level of obedience they have today. As a result, expecting to domesticate a wild jaguar will result in disappointment.

Many people incorrectly believe that if a human raises a jaguar from birth, they are safe from its wrath. While it may be true that a jaguar raised in captivity shows more affection and obedience than a wild cat, let’s not forget the predation instinct.

When an animal is fully domesticated, its behavior is entirely under the control of its owners. It also means that the animal will be obedient such as a horse or a dog. And most importantly, it means that the coexistence would not jeopardize the owner’s and the animal’s health, which is the most vital aspect.

Instincts of wild animals are hard-wired and unpredictable.

In other words, it’s only a matter of time before a “tamed” jaguar has its instincts to kill triggered.

As true apex predators, jaguars are prey to none, keeping them at the top of the food chain. They are trained, skilled hunters with a desire to pursue and kill their prey.

On a scale of a gecko to a great white shark, jaguars fall somewhere in between. Meaning it could be worse!

Still, jaguars do not make good pets for a couple of reasons.

Owning a Pet Jaguar is Dangerous

The first and most obvious reason is that keeping big cats is potentially dangerous. Jaguars have the ability to kill a person in a matter of seconds.

Whether or not the animal has been “trained,” its predatory instinct can be triggered at any time.

If a jaguar decides to kill someone, there is literally no one that can stop it simply because it can inflict enormous damage in the blink of an eye. Also, even if they are playful, jaguars can hurt someone by accident.

Furthermore, while pet jaguars can bond with their owners, they will likely be dangerous to neighbors, strangers, children, and other animals.

Having a Jaguar as a Pet is Unethical

Imagine being forced to live on a one-square-mile plot of land. You are restricted to this tiny area for the rest of your life. How would you feel?

Guess what? Animals have emotions too.

Removing jaguars from their natural habitat can endanger their physical and emotional health. Even in the best captivity homes, wild animals get stressed, bored, confused, and unhappy.

Jaguars belong to the wilderness and not in captivity.

In restricted conditions, they are deprived of doing actions they evolved to do. Such as roaming through vast areas, hunting, raising young, and so on.

I firmly believe that wild animals, including jaguars, should stay in the wild and not be forced into captivity.

Keeping a Pet Jaguar is Expensive

Another important thing to consider before adopting a jaguar as a pet is expenses. To own a jaguar, you’d need a “fortune.”

Even if you could afford to purchase the animal, accompanying expenses are costly.

It would cost millions of dollars in order to provide suitable conditions for a pet jaguar.

This leads us to the next question.

How Much Does a Jaguar Cost?

Purchasing a jaguar will set you back anywhere between $2,000 and $8,000, depending on sex, age, and overall health. Unsurprisingly, you can’t just walk into a store and buy a pet jaguar. Most of the time, if you wish to purchase an exotic animal like this one, you have to consider the black market – with no guarantee about the health and genetics of the individual animal.

For example, if you wish to purchase a jaguar in Mexico (where it is legal to sell them), expect to pay around $2,000. That is a surprisingly low price for such a big responsibility.

However, remember that that’s just the minimum you need to buy the animal.

You would need to pay much more for food, permits, vet costs (as finding a vet for a wild cat could be tricky and costly), food, and not to mention the habitat. Also, consider saving money to replace your furniture – as it will be destroyed.

Consequently, it’s safe to say that you need extreme wealth to satisfy this wild cat’s needs.

The thought of having a jaguar as a pet is an attractive idea. I admit.

But should you really buy yourself a jaguar? No, surely not.

These big cats are not meant to be pets. Jaguars are too dangerous, too expensive for care, and do not belong in captivity.

If you want a graceful predator in your home that doesn’t have the power to kill people around you by accident – get a cat.

Thank you for sticking to the end. I hope you enjoyed the read. Here’s a recommendation for another popular article: Can you have a pet dolphin?