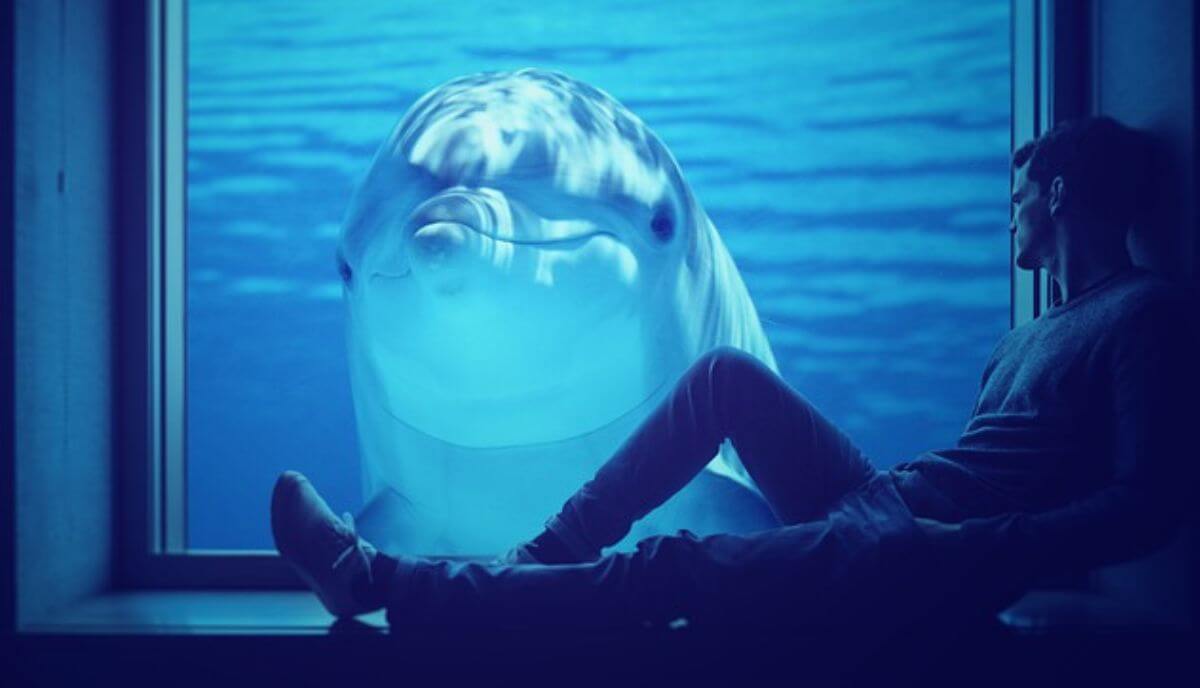 Dolphins are one of the most adorable sea creatures – that’s for sure. And seeing them in an aquarium once a week doesn’t do it for you – heck, you wish you could keep dolphins as a pet.

And now you’re thinking, can I actually buy a pet dolphin?

In this article, you’ll be getting all the deets on owning a dolphin, how much it costs or if it is even possible.

Can You Have a Pet Dolphin?

The short answer is, no – you can’t (shouldn’t) own a pet dolphin. There might be room for ‘maybes,’ but the numerous factors to be considered and technicalities to be bypassed are so complicated that it swallows up the maybe and cancels out the possibility of owning a pet dolphin.

Owning dolphins as pets never have and will never be a walk in the park. As intelligent mammals with very strong family ties and an active lifestyle, dolphins are perceived as almost humans.

As such, capturing, trading, and keeping them are frowned on.

Most people believe dolphins should never be captured and constrained to a tank for the rest of their lives.

Therefore, many have started causes to make sure owning a dolphin would be difficult for large organizations like Seaworld and research centers – talk less of private owners.

Besides, dolphins are large animals, and having one as a pet is much more different than having a goldfish in an aquarium.

To dream of owning and keeping a dolphin, you need to have a large backyard and a lot of money to buy an aquarium as large as a small-sized house with enough left over for weekly maintenance.

In summary – you’ll need the fortune. But we’ll come back to this topic later on.

Read Also: Can Panthers Be Pets?

Is it Legal to Own a Dolphin?

It is not illegal to own a pet dolphin in many parts of the world – at least not like directly. There are no laws that forbid keeping dolphins as pets, but there are laws protecting wild mammals in the sea that also covers dolphins that, in a way, hinder their ownership as pets.

Universally, dolphin protection laws vary from country to country. In the US, no laws, in particular, prevent you from keeping a pet dolphin. You can read more here about U.S Dolphin Regulations.

However, you cannot walk into a pet shop and buy yourself a dolphin because it is illegal to buy and sell dolphins.

The only other way you can be one step toward owning a dolphin is to get on a boat and catch yourself a wild one.

BUT… there are also laws surrounding capturing wild dolphins.

Even if you were a research facility, getting a permit today might be almost impossible since 20 years ago, facilities were believed to be supplied with enough dolphins, and captures have been brought to a halt following some industry concerns.

As a result, even though it is not illegal, getting yourself a dolphin is almost impossible.

Related: Are Dolphins Friendly to Humans?

Can Dolphins be Domesticated?

No, dolphins cannot be domesticated. That would take thousands of years of selective breeding of a large group of dolphins for that to be successful. Even if the dolphin was born in captivity, it is still not domesticated.

Most people believe dolphins they see in water parks are domesticated dolphins, but that is not the case.

The word domestication has been mistaken for the word tamed in a lot of contexts, and this is just one of them.

Dolphins in captivity have been tamed to some extent by teaching them new patterns and tricks; however, that cannot be classified as domestication.

Dolphins do not make good pets for a couple of reasons.

If – and only if – you get to have a pet dolphin, chances are you might get a calf – a baby dolphin.

Now imagine that size and weight sitting in your backyard or house.

2. Dolphins Can Be Aggressive

The dolphins we see at parks or in an aquarium have been tamed – to some extent – by highly experienced trainees with complicated methods.

Such training techniques can’t be seen on 5 minutes DIY YouTube corner. Even ‘tamed’ dolphins are known to attack (rarely tho) tourists and sometimes even their trainers.

Now imagine having such an intelligent predatory mammal as a pet – in your care 24/7.

Except you’ve been trained to take care of dolphins, you may encounter problems trying to contain a pet dolphin that becomes aggressive.

3. Keeping a Pet Dolphin is Expensive

A pet dolphin is not a mere pet goldfish in your tank. As I’ve mentioned already, dolphins appear small only from a distance.

A 419 lbs large carnivore requires a lot of food to be nourished.

Dolphins eat as much as 25 – 50 lbs of fish a day. Fish with a lot of fat is the ideal meal for dolphins, and they typically go for mackerels.

Dolphins in Captivity: Pros and Cons

It doesn’t matter if a dolphin is in a fancy dolphinarium or a private holding in your backyard with a massive amount of space; as long as it is not in the ocean, the dolphin is held captive.

And having a wild animal in captivity usually has its pros and cons.

In the wild, dolphins live in the vast ocean. You would need a lengthy boat ride farther into the sea to find dolphins; not everyone has the time and resources to go on such trips frequently.

With dolphins in captivity, everyone has a better chance of meeting and interacting with a dolphin.

Dolphins in captivity aid researchers in doing better research and therefore finding out more and learning from these intelligent animals.

However, dolphins in captivity are only beneficial to us but not the animals themselves.

A dolphin in captivity has been deprived of its freedom. They’ve been forced to sever family ties with their family – which is the equivalent of separating a human baby from its mother.

This can be quite distressing to both mother and child.

The dolphins might even end up getting depressed (yes – dolphins can be depressed). They also get to share an enclosed space usually meant for just one with about three or maybe five others.

And as wild animals, there may be times when a dolphin may get aggressive toward others because they are in a limited and enclosed space, instead of swimming away and distancing themselves one from another as they would in the wild.

Dolphins in captivity are also susceptible to various diseases as they have been plunged out of their natural habitat into an unfamiliar environment.

You might want to keep a dolphin as a pet out of goodwill and love for the animal. But you would do that to the possible detriment of the animal’s health and well-being.

It would be best to keep them in their natural environment or rather to experience professionals rather than keep them as pets.

How Much Does a Dolphin Cost?

If you were to succeed in getting yourself a pet dolphin – which is highly unlikely – you would need a large tank to house the dolphin.

Also, a vet, once in a while, for routine checks.

A reliable heating system that would keep the temperature of the water warm, weekly or monthly maintenance, which includes draining and refilling the water.

A huge space to house the tank (which would cost you extra if you do not already have a large backyard or room) and judging from the fact that they are social animals.

In other words, they would also need some company which means getting another dolphin which in turn means multiplying costs by two.

There are no particular figures put on each of these expenses. Still, according to a research center in Florida, USA, maintenance and care for their dolphins cost around $300,000 annually – excluding personnel and trainers fees.

While it is legal to capture wild dolphins in many places, you should think twice before adopting this intelligent mammal. Firstly, keeping a pet dolphin for the animal itself is cruel. Second, it’s a high-maintenance task. And, lastly, it demands a LOT of money.

In summary, you might probably want to stick to visiting the dolphinarium instead of having a dolphin as a pet.

Thank you for reading. If you liked this post, here’s another similar pet article: Can You Have a Pet Giraffe?