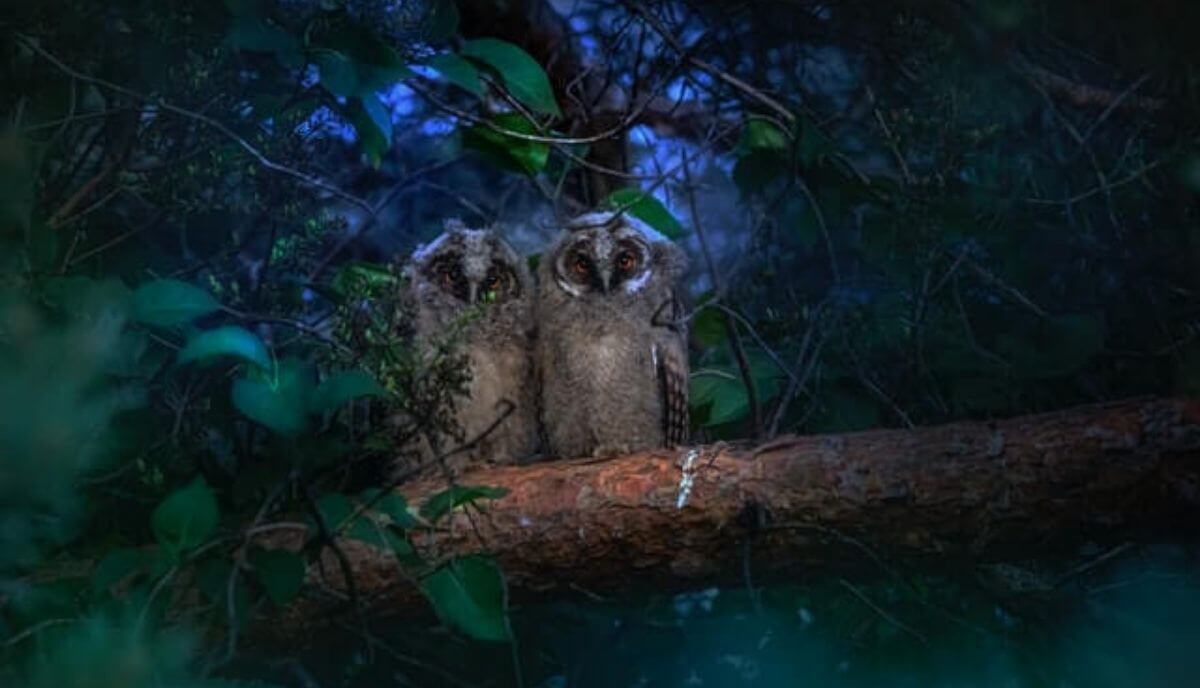 You must have heard the saying “patience is a virtue”, but we attribute this trait mostly to human beings. We don’t typically associate animals having such humane qualities.

However, if we peek a little into the wilderness, we could find patient animals in every corner of the planet.

Some of the most successful hunters are the ones who calmly sit and wait before chasing their prey. These patient predators look for the perfect moment to strike and go for the kill!

Here are some of the most patient animals in the world:

We will start our list of most patient animals with one of the most extraordinary creatures in the ocean. Frogfish use camouflage and imitating strategies to capture their prey.

These masters of disguise will use their odd shapes and colors to imitate sponges, stones, or corals. They are so good at transforming themselves that their prey will often swim over them, clueless of potential danger.

And thanks to their camouflaging skills, these patient animals basically do not move; instead, they lie down on the bottom of the sea and wait for their next target.

This stealthy animal of the night has various symbolism, from wisdom and fortune to darkness and death. As for the patience, owls are willing to stay in a motionless posture for a very long time, observing their surroundings and scanning their next victim with their incredible night vision.

Owls are one of the most successful hunters with outstanding skills that allows them to capture their prey with great precision. However, everything starts with patience and observation.

Owls will wait for their next victim to show and swoop down on them, gliding in near-silent flight, using their sharp claws to catch them. If they capture a smaller prey, owls will swallow it whole. Larger victims are usually dismembered in pieces.

Like most other members of the feline family, tigers, too, are patient animals and silent stalkers of the night. They have no natural enemies and are found in rainforests and swamps all over Asia.

One of the most beautiful among the wild cats, these animals with patterns are very muscular and powerful predators. Tigers weigh around 300 kg and grow to about 3.3 meters in length, making them the largest member of the cat family.

They are solitary creatures who mostly hunt in the dark. With their superb night vision, they will silently follow their potential prey in the dead of night.

Once they reach close enough, they pounce upon their prey, taking it down in seconds. One swoop of the tiger’s paw can put to death almost every animal alive.

Giant among spiders, the tarantula is one of the most feared creatures of its kind. They can grow to a height of 5 inches and have a leg span of 12 inches.

Tarantulas can be the most patient creatures when it comes to hunting. Patience is their modus operandi. They calmly lie in wait for a helpless prey and pounce on them with sudden quickness.

Then, they crush their prey with their large fangs and shower them with digestive juices. The prey’s body melts in these juices into a pile of liquid goo, and the tarantula slowly laps up this liquid.

Nature’s ultimate predators, crocodiles, are inborn lurkers. Their preferred method of hunting is established on patience. They will lie in the muddy underwater and wait for their next victim.

Crocodiles boast of powerful jaws and teeth, using which they hunt a wide variety of prey. They patiently wait just below the water surface near the banks and wait for their prey. Once the animal comes close enough, they snap down their jaws and drag their victims into the depths below.

Straight out of a horror movie, they then spin their victim around, taking out huge pieces of flesh. This is known as the “death roll,” and as the name goes, it is fatal.

The crocodiles of the river Nile are known for bringing down large prey such as buffalos, zebras, and even hippos. These species of crocodiles eat humans as well, given the opportunity. They can grow up to astonishing 20 feet in length.

A typical gangster of the animal kingdom, even reading about Piranhas can chill you to the bone. These small aquatic creatures are infamous for their aggressive feeding behavior.

However, before the frenzied attack, they wait silently in the shadows of the dawn or dusk, waiting for the next unlucky victim.

Once they find their next victim, piranhas attack with great ferocity, and the entire school can devour the whole prey in a matter of seconds. Equipped with razor-sharp teeth and powerful jaws, piranhas have the ability to take down much larger prey than themselves.

These aquatic carnivores hunt in groups and can put down different rodents, mammals, large fish, and sometimes, even humans. Luckily these ferocious little beasts are only found in South American freshwater sources.

Like their underwater cousins – the crocodiles, the Komodo dragon is a dangerous and powerful hunter. They, too, hunt by ambushing their prey.

With its tenacity, strength, and speed, this magnificent beast can kill a prey double its size. Its length is almost ten feet, and it weighs 300 pounds. They are known to be the largest lizards on the planet.

Komodo dragons are exceptional swimmers and high-speed runners with a highly toxic bite. Any animal that has been bitten by these giants will most likely die by the bite, even if it escapes from its predator.

A fascinating fact about Komodo Dragons is that they swallow almost half of their body weight in a single meal.

Like most snakes, the black mamba is also a silent killer. These are the quickest and most patient predators around, strikingly repeatedly at their prey if agitated.

It is the longest venomous snake in Africa; it can grow to a length of 14 feet. They quietly stalk their prey until they get close enough. Once they are close enough, the prey is bit multiple times.

However, they can sometimes stalk their prey for hours in case it tries to escape. Smaller prey such as mice is held by the mamba tightly till they stop moving. Larger preys are typically bit repeatedly till the venom takes effect.

A killer whale gets into groups of 40 while hunting! Also known as orcas, they are one of the most indigenous hunters underwater.

In the Arctic, they patiently wait for seals and penguins to come to the edge of the ice. Then, they knock them into the water before making a meal out of them.

Orcas have also been known to hunt and feed on the other underwater apex predator, the great white shark. Killer whales have, at times, even beached on shores to catch seals as prey.

The last members on our list of patient animals are lions. The kings of jungles are known for being one of the most powerful creatures in the whole animal kingdom. These big cats live in packs, and they often use their numbers for hunting and defending their territory.

Lions are ambush hunters, widely known for their sit-and-wait strategy. Armed with patience, lions will silently follow their prey, waiting for the perfect moment. Once they get close enough, they jump on their victim, inflicting the bite of death to their neck.

Unlike predators with high stamina that chase the prey for miles, lions conserve their energy and rely on patience and ambush strategies to capture their target.

The predators mentioned here are just some examples of the silent and patient animals out in the wild. Their patience ensures that they can hunt down their chosen meal for the day. For most of them, patience is awarded a delicious end to their day. However, sometimes, if hunters get too patient, their target is already gone. So there are two sides to every virtue.

Thank you for reading. We hope you enjoyed the article and that you have learned something new.

For the very end, we would like to recommend you an article on a similar topic: Most Cunning Animals