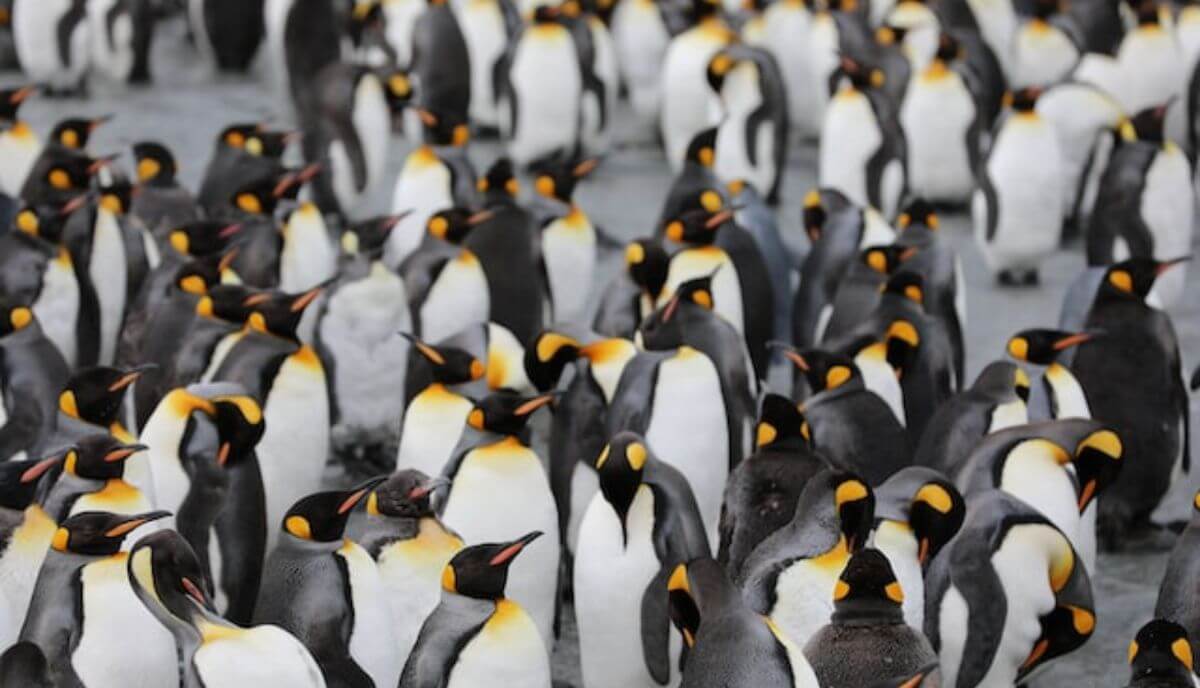 As regards human interdependence, it is often said that “no man is an island.” Interestingly, some animals share the same social understanding as humans.

Unlike their solitary counterparts, these social animals group themselves into large societies or smaller family units with unique names such as pride, herd, colony, pod, etc.

This article will explore the interesting lives of 11 of the world’s most social animals. We will also examine how they relate to one another and the benefits of their sticking together. 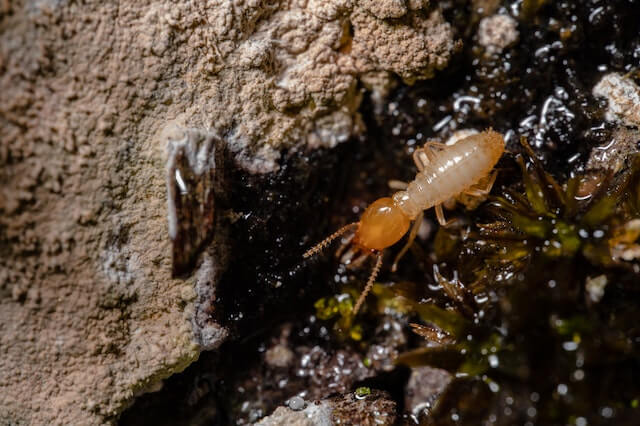 With perhaps the most organized hierarchical community in the animal kingdom, termites show great cooperative skill within their various colonies, operating by an organized caste system similar to medieval Europe’s feudalism.

This combined division of labor helps the colony thrive, ensuring each termite contributes its quota to the whole.

The reproductive caste is the royalty of any colony. It is accordingly treated as such, particularly the queen, whose principal function is to ensure the colony’s continuity by laying several eggs daily.

The soldier caste primarily defends the colony from external threats, while the worker caste is responsible for the domestic administration of the colony. 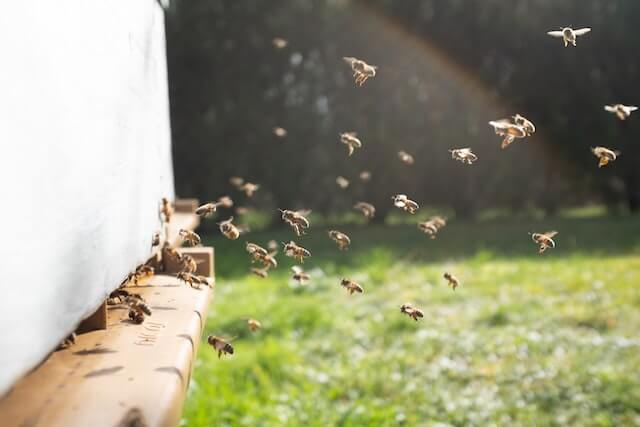 Like termites, bees are highly energetic animals that group themselves into highly organized colonies, with each class playing its role in maintaining order.

In a single bee colony, there is one queen, several hundred male drones, and up to 80,000 female workers.

By communicating through pheromones and dances, honey bees, in particular, carry out several complex assignments within their well-organized communities.

These activities ensure the smooth running of their colonies and are divided among the different classes of bees in a group.

In a honeybee colony, the queen functions as a single monarch, laying hundreds of eggs daily. The drones are male bees that mate with the queen, while worker bees carry out most of the work in the colony.

These include feeding the queen and drones, nurturing the larvae, building honeycombs, and even guarding duties. 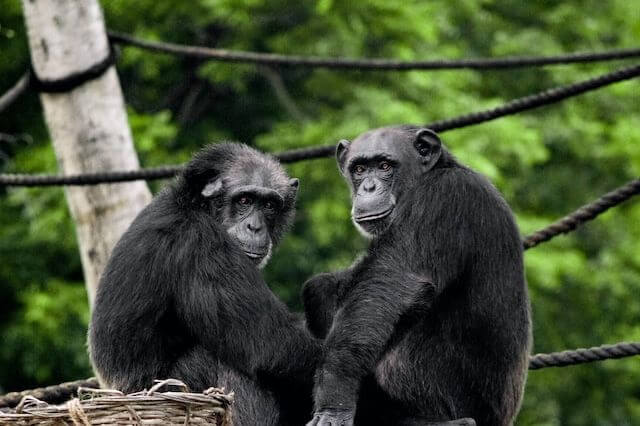 Often called chimps, these animals show an impressive level of intelligence. They are often considered the closest animal relatives to humans.

Chimp intelligence is beneficial for interacting within large groups made up of extended family members. Within these patriarchal family units, chimps hunt, play, groom one another, and resolve domestic conflict.

Another exciting thing about chimps is the depth of intimacy and care found within their groups. Because mothers only give birth to one baby in about 5 or 6 years, there is room for nurturing strong bonds.

Although mothers are primarily responsible for their young, sometimes nurturing infant chimps is a collective effort.

In addition, these apes are some of the most emotional animals, able to express various feelings, such as grief, anger, stress, and joy, among many others. 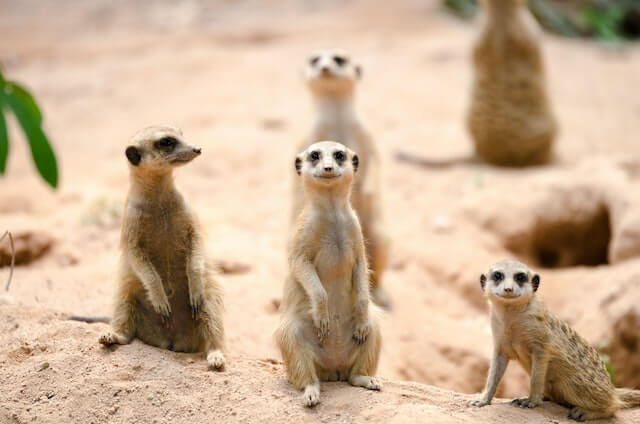 These are small omnivorous mongooses that live in groups called “mobs.” The average mob, typically consisting of multiple families, may have up to 30 meerkats living together in burrows.

Meerkats communicate using various vocalizations to interact and alert one another of threats.

These tall skinny animals also show affection in their interactions by grooming one another and taking naps piled on top of each other. 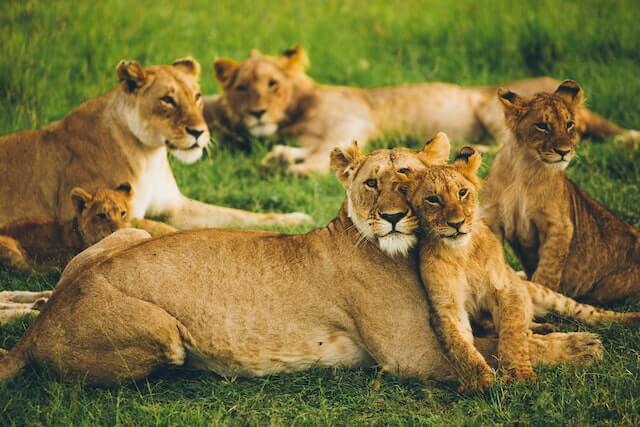 Lions are the only cats that live in social structures called “prides.” These groups typically consist of several lionesses and one dominant male.

To protect its dominance, the adult lion banishes other male lions from the pride once they reach adolescence. Otherwise, they could later challenge its authority and take over the pride. The exiled males either form prides of their own or band together to form coalitions.

Lion prides are territorial, with each pride maintaining and aggressively defending its hunting area from intruders.

These big cats hunt together, with the females taking the lead. Once prey is caught, the dominant male eats its fill while the lionesses and their young eat what’s left.

Most lions within a pride are related by birth, particularly the females since they’re hardly considered threats and are allowed to remain in the pride. The cubs are raised together by all the lionesses and may suckle from any one of them. 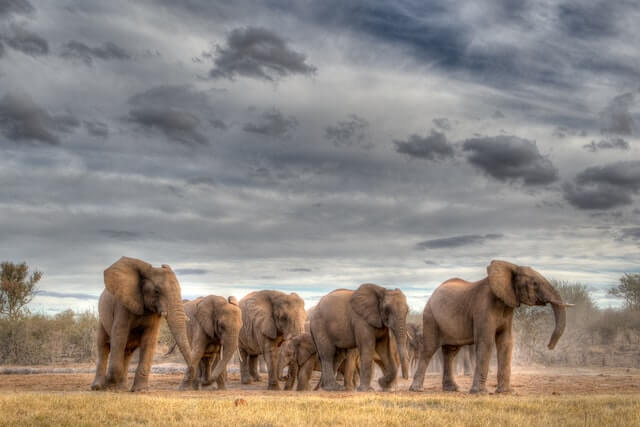 Elephants are not just famous for being the largest and one of the strongest mammals; they’re also known for their close familial ties.

As highly intelligent creatures with unique personalities, their cognizance fosters cooperation within the herd and influences their social relations. They interact with special greetings and even mourn the loss of relatives.

Socialization among elephants can be categorized into family units and bond groups.

The family units consist of related adult females and their dependent young. At the same time, bond groups are larger groups predicated on friendly ties or common interests.

These social animals operate a matriarchal system where a female, usually the oldest and largest member, coordinates the herd. As the oldest, her experience is gained, and as the largest, her size is helpful for defense. 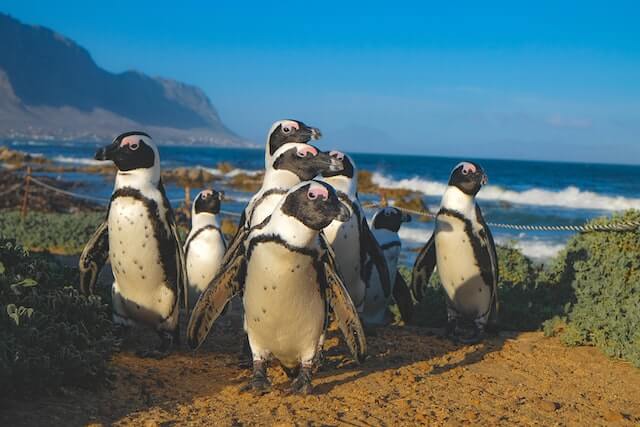 Penguins are some of the most social birds that group themselves into colonies. Finding a lone penguin is rare and would most likely be the case of an accidental separation from the rest.

In their different colonies, penguins often move, swim, and hunt together. However, during the breeding season, colonies become more crowded due to the influx of potential mates from other groups.

Unlike most other species, penguin colonies have no patriarch or matriarch.

Instead, they have subdivisions into families of a monogamous pair and their offspring. The offspring are allowed to interact with one another in designated areas (nurseries) while the parents go hunting. 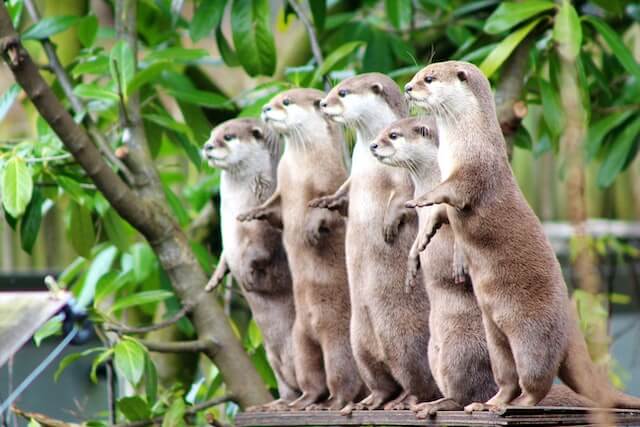 Otters are very interactive with one another and are often spotted playing with each other. They are some of the most interesting sights to see in zoos because of their fun social activities.

Depending on the species, some otters live within family groups, while others prefer larger groups called rafts. Whichever the case, it is unusual to spot an otter alone.

Females form the bedrock of the otter social system. They are responsible for training the youngsters about social cues and survival techniques like swimming and hunting.

Otters also communicate with an impressive vocabulary of growls, barks, whines, and screeches. In addition to socializing, these sounds are also used to warn others of imminent danger. 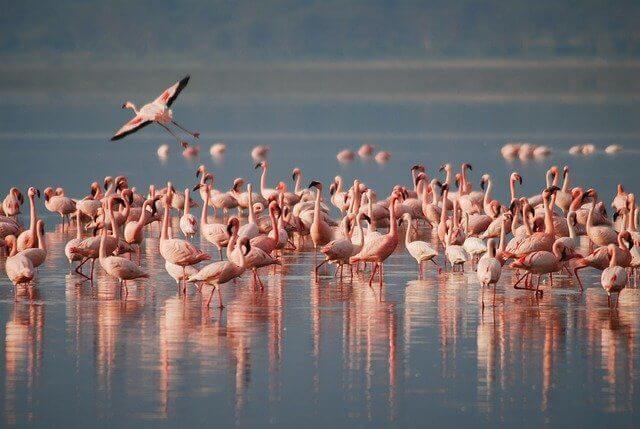 Speaking of some of the most social animals, we must not forget flamingos. These unique birds live in colonies called flamboyances that can accommodate thousands of individuals.

Flamingos interact through ritualized displays and various vocalizations. Their colonies help them maximize nesting spaces and band together to ward off predators.

Another distinctive social feature of flamingos is that, unlike other animals that do better with their own species, they can coexist successfully with other flamingos.

Common behaviors can also be found among flamingos. It’s normal to find several or all colony members simultaneously engaged in the same activity. 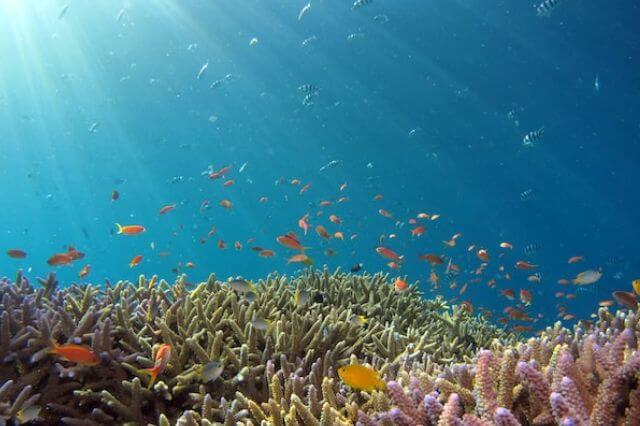 By consisting of thousands of fish cohabiting within coral reefs, these fish are perhaps the most inclusive members of our list of social animals.

This impressive biodiversity is a display of animals uniting over a common interest. Reef fish are adapted to survive in coral reefs, including successfully coexisting with one another regardless of species.

Reef fish are mostly tiny fish that can squeeze into the crevices within the reef.

When hunting for food around the reef, most of them move in shoals and swim in schools to escape predators. They are the largest example of biodiversity within a single social structure. 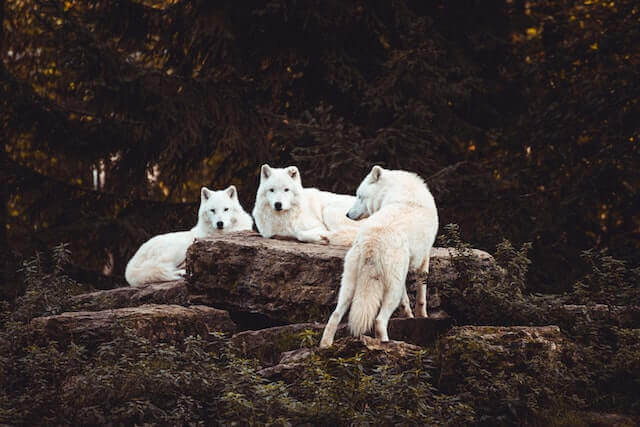 Last but not least, wolves are considered one of the most social animals in the world that live in groups called packs.

Packs are complex social structures that consist of up to 20 individuals connected with blood ties. Every pack has four main ranks, including dominant (alpha) male, beta, mid-rank, and omega.

The dominant male is usually the strongest within the pack and, as its name suggests, is the group leader. Beta wolves are second in the hierarchy, helping the alpha to rule the pack.

Mid-ranked wolves primarily consist of elderly and younger wolves who also assert dominance over each other amongst their rankings. And lastly, omega wolves are at the very bottom of the hierarchy, having no authority whatsoever, and are even used as stress-relievers and scapegoats.

While some animals prefer spending their lives solitary, others live in groups and utilize cooperation in day-to-day tasks.

Some of the most social animals include bees, chimps, lions, penguins, elephants, and wolves. Living in social structures is useful as members protect each other against enemies, work together to find food, and in general, increase their chances of survival.

And there you have it. With this, we conclude our article.

Thank you for sticking to the end. If you liked this post, here’s another popular read: Most Loyal Animals.