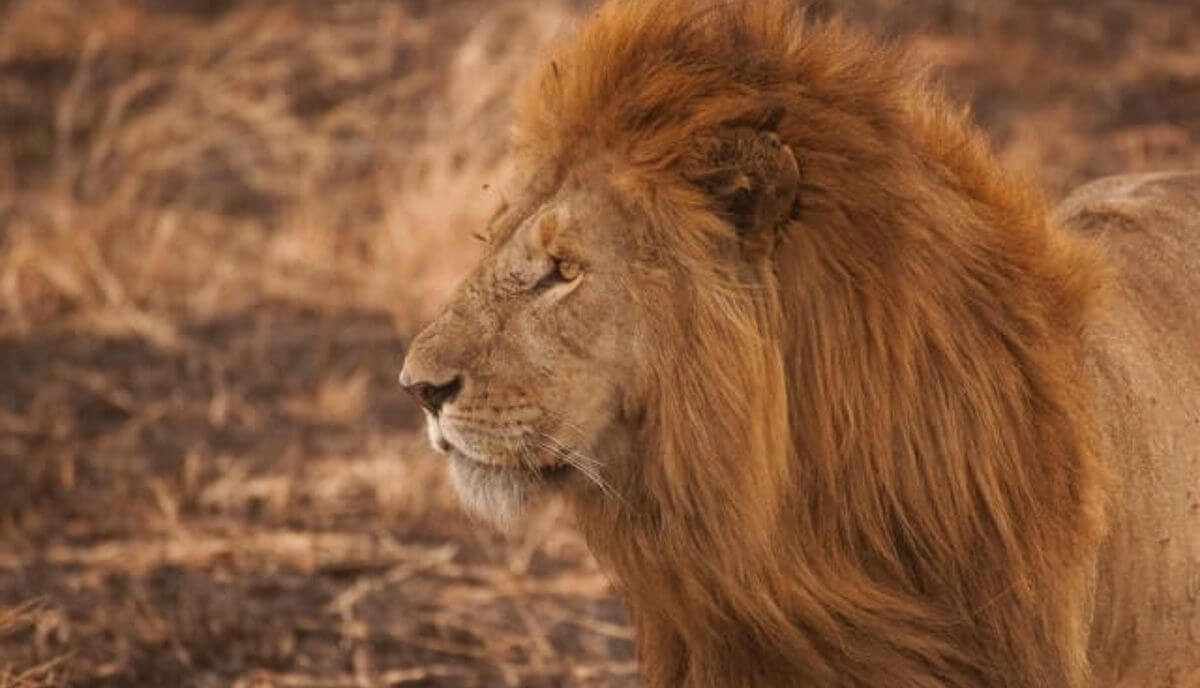 Lions are known as one of the strongest animals on the planet, and they sit at the very top of the food chain. This means they are the rulers of their habitat, and no animal hunts them.

However, that doesn’t mean that lions do not have some natural enemies in the wild.

So, what are the lion’s enemies?

The lion’s major enemies in the wild include hyenas, crocodiles, wild dogs, and other big cats. Even though lion enemies do not prevent them from existing, they will often fight with them, mostly for food and territory.

Buckle up, we are going to list each of the lion’s enemies and see how they compete in the wilderness.

Hyenas are ranked high in the list of lion enemies mostly because of their nature.

These animals are scavengers, meaning they will try to steal the remains when other predators hunt. For this reason, they will often get into fights with lions after one or the other secures a kill.

Hyenas are often found in large packs, and they are quite dangerous, even for the mighty lions.

These bloodthirsty predators are known for killing female lions, especially the ones that found themselves isolated and far away from their pride. However, hyenas usually do not feed on lions since they are carnivorous, just like them.

Lions and hyenas don’t only fight over food but also for the territories and their young ones.

Therefore, lionesses are very protective of their cubs, especially when they spot hyenas. If hyenas get the slightest chance, they will quickly snatch and kill a cub without thinking twice.

This is why lionesses usually stay close to the nest to scare off their enemies that may lurk around their babies.

Lions and leopards don’t usually get along. While both of them are big cats, leopards compete with lions for food, making them one of their biggest enemies.

In a fight, lions prove stronger than leopards, but that is not mean that a leopard fears a lion.

Leopards are known to be the most powerful big cats pound for pound, which makes them real competitors With a success rate of 38%, leopards are the most successful hunters of all big cat species.

They are also proficient climbers too, and it is difficult for lions to steal their hunt since they often climb high trees and feed on there. While lions can jump high, long vertical trees are a challenge.

Leopards are also a big threat to lion cubs. It is common to find leopards preying on young cubs, especially when food is scarce.

Lions and cheetahs are another fierce enemies in the wild. Lions are known to hunt and kill cheetahs mainly because they can, as they are significantly bigger compared to their lean relatives.

A pack of lions will also kill cheetahs to keep them away from their feeding territories as they are one of the biggest prey competitors.

However, by being the fastest land animals, cheetahs will often use speed to their advantage to flee away from much larger and stronger big cat brothers.

Also, like every other lion enemy, cheetahs will take advantage of the careless mother lioness to kill their cubs.

But if you think that lions spare the children of their enemies, you are wrong. Lions are recognized as one of the largest carnivore juvenile murderers, sheerly as a way of displaying dominance.

Crocodiles and lions are not friends and will often attack and eat each other. They are both apex predators in their territory, so a fight between the two is not pretty.

Lions are usually cautious when drinking from rivers and lakes that are infested by crocodiles. Just like they hunt and kill herbivores that go-to drink in their habitat, crocodiles also kill lions.

When it comes to food, crocodiles are not picky. Because they are obligate carnivores, they kill and eat any animal that comes their way, from birds, antelopes, to lions and leopards.

It is for this reason that lions are always wary of watering holes. In some cases, lions hunt crocodiles to protect themselves, and they may end up eating their flesh if they are hungry enough.

However, this mostly applies to smaller crocodiles that cannot eat a lion whole. In a one-on-one fight, the lion will usually retreat. It is extremely hard to defeat a crocodile, especially in the water.

Crocodiles are prehistoric giants, equipped with tough skin, powerful jaws, and super strength – they are one of the strongest animals in the world for a legit reason.

African wild dogs are great enemies of the lion. They often compete for food, especially since the dogs usually have scavenger behavior.

These cunning animals sometimes manage to snatch the prey that lions have killed, leaving the big cat hungry and irritated. Because of this, African wild dogs are some of the most annoying enemies lions face in the wild.

But, being aware of who is the big boss, wild dogs constantly have to worry about not being attacked and killed.

As a result, African wild dogs don’t usually approach lions, but they patiently wait from a distance and wait for them to finish eating so they can take the remains.

However, these wild dogs often prey on lion cubs and kill them for a quick and easy meal.

What Are Lions Scared of?

Despite being the apex predators, lions are still afraid of several animals in their habitat. Lions are afraid of animals that are much bigger than them, such as elephants, rhinos, giraffes, and hippos. Most of these animals are several times as large as lions, which they take to their advantage to keep the lions away.

For this reason, lions fear elephants, and while they are herbivorous, they would almost never try to hunt them. Only one step or kick to the lion’s body is enough for the animal to die instantly.

Giraffes are another quite harmless, which lions typically avoid. Giraffes are the tallest mammals in the world, and with their long and powerful legs, they are known for being able to kill lions when protecting their calves.

An adult male giraffe can easily weigh over 2,000 pounds, and they are super difficult to fight with.

Lions will sometimes try to bring down a giraffe when they are hungry enough, but exclusively when they are in large numbers. Still, many of these attacks end up unsuccessful.

Both rhinos and hippos too are big a bite to chew for the king of the jungle, and they will almost never try to hunt these beasts down.

FAQs on Lions and Their Enemies

In this section, we are going to answer some of the most common questions regarding lions and their enemies.

What is the Lion’s Worst Enemy?

The lion’s worst enemy is hyenas. Hyenas are scavengers that are always lurking around lions, waiting for them to hunt so they can steal their prey. They are often dangerous to lions, especially in large numbers, since they are known for killing them.

Are Lions and Tigers Enemies?

Lions and tigers do not live in the same habitat, but if they were to share the environment, they would be fierce enemies, as both animals are carnivores and hunters.

In addition, both big cats species are highly territorial, so they would also compete for their territory. While a tiger is stronger than a lion, the letter lives in a group, which gives them a big advantage over their relatives.

It would be interesting to see how would they interact in the wild. One thing is sure, they would be some of the greatest enemies on the planet.

What Animals Can Kill a Lion?

There are a few animals that can kill lions, some of them include crocodiles, giraffes, elephants, hyenas, and hippos. It is all about the numbers for small animals, such as the hyena. If they attack a solitary lion in large numbers, it is easy for them to bring it down. However, the larger animals can trample on the lions killing them with one or two powerful steps or kicks.

And there you have it. African wild dogs, hyenas, crocodiles, and other big cats are some of the most common lion enemies in the wild. Lions will, in particular, fight with their enemies because of food and territory.

Lions are apex predators and one of the most powerful animals in the world, but that doesn’t necessarily put them in a peaceful position without enemies.

Day-to-day life in the wild is filled with struggle and fighting for survival, even if you are the king of the beasts.

Thank you for reading. If you liked this post, here’s another popular read: Can You Have a Pet Lion?