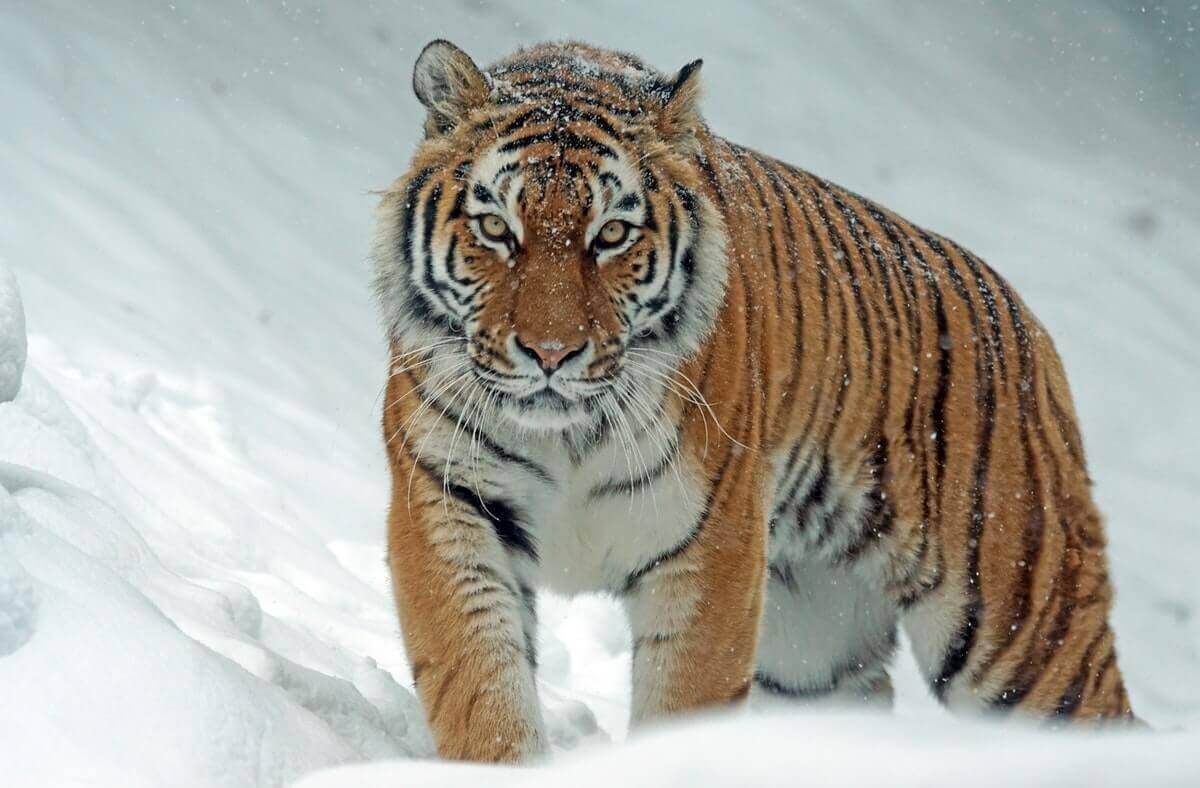 Animal strength has always been an interesting topic to discuss. Although the strength of an animal merely depends on its size, a good deal of wildlife possesses strength that goes way beyond any human being’s strength.

In this article, we are going to talk about the strength of the tigers.

So let’s start with a quick answer, and later on, we’ll discuss it in more detail.

How strong are tigers?

Tigers are one of the strongest animals on the earth. They can jump 16 feet high and reach speeds of 40 miles per hour. In addition to being the largest big cats, tigers are also the strongest felines. With the bite force of 1,050 PSI and deadly strikes of their powerful paws, very few animals can match the strength of a tiger.

How Strong Are Tigers?

For many people, tigers are one of the most beautiful animals. Yet, its ferociousness and power make them even more fascinating creatures.

By being the largest cat species, tigers are extremely strong and are considered one of the most fearsome predators on the planet.

Tigers are apex predators, which means they are at the top of the food chain. They are the true rulers of their habitats, with no natural predators (except for humans).

The largest and strongest species is the Siberian tiger. Males can grow up to 12 feet (3.6 meters), measuring from the nose to the tip of the tail. With 660 pounds (300kg) of almost pure muscles, they are as heavy as six average persons.

Knowing that tigers will go after bears when the food is scarce is telling us how strong tigers actually are.

Tigers are also are quite adaptable creatures, and they can live in amazingly diverse environments. From savannas to rain forests, up to grasslands, rocky areas, and even mangrove swamps.

Besides being agile land predators, tigers are proficient climbers too. Also, unlike most big cats, tigers are great swimmers. Their webbed feet and muscular bodies help them fit perfectly into a semi-aquatic lifestyle.

How strong is a tiger swipe?

A tiger’s paw can reach the size of 8 x 8 inches (20 x 20 cm). It is estimated that the force of a tiger’s paw swipe is around 10,000 lbs of force. Equipped with sharp claws at the tip of the paws, a tiger swipe is one of the main weapons.

How strong are the tiger’s legs?

One of the major strengths of the tiger lies in its legs. The tiger’s hind legs are longer than its hind legs, and this physical characteristic enables them to jump 16 feet high in one leap.

The bones of their legs are sturdy and dense, which support the massive and muscular bodies needed to kill large prey.

There is also one truly amazing fact about their hind legs. The tiger’s legs are so strong that they will hold them in a standing position even after the animal is being killed.

Are tigers the strongest big cats?

Besides being the largest of all felines, tigers are considered to be the strongest big cats. Compared to other cat family members, tigers have much more strength and muscles mass.

There is often a debate about whether lions or tigers are the strongest cats. Lions are undoubtedly strong, but the truth is that a tiger would come out as a winner 9 out of 10 times.

Read Also: How Strong Are Lions?

How strong is a tiger compared to a human?

Besides, tigers have much superior hearing and night vision, which puts them at an advantage compared to humans in that aspect as well.

These powerful cats are designed for hunting and killing daily, while the lifestyle of an average person is vastly different.

The only advantage a human has over a tiger is intelligence. Yet in every other aspect, tigers have a tremendous advantage.

Having said that, a tiger alone is as strong as at least 5 adult humans combined.

Why Are Tigers So Strong?

What makes tigers so strong? Is it their size, their speed, agility, or their genetics?

Or maybe all those things combined? If you pick the latter, you are not wrong.

All of those attributes make tigers extremely strong creatures.

Tigers are born with the natural ability to be the rulers of their environment. As long as they fulfill their dietary requirements, their bodies remain muscular and strong. A true masterpiece of nature.

Also, let us not forget that tigers fight bears, buffalos, and other gigantic animals almost regularly. So besides having excellent genes, the tigers struggle and battle for life every day, which strengthens them, over and over.

No other animal of a similar size is as strong as the tiger. Big, fast, powerful, the tiger is one of the most dangerous and deadly animals on the planet.

Tigers are iconic creatures, and they are one of the strongest wildlife in the entire animal kingdom. The secret behind the tiger’s strength lies in its powerful legs, razor-sharp teeth, and muscular bodies. Tigers are alpha predators, and no animal in the wild hunts them as prey.

Read Also – How Strong Are Elephants?