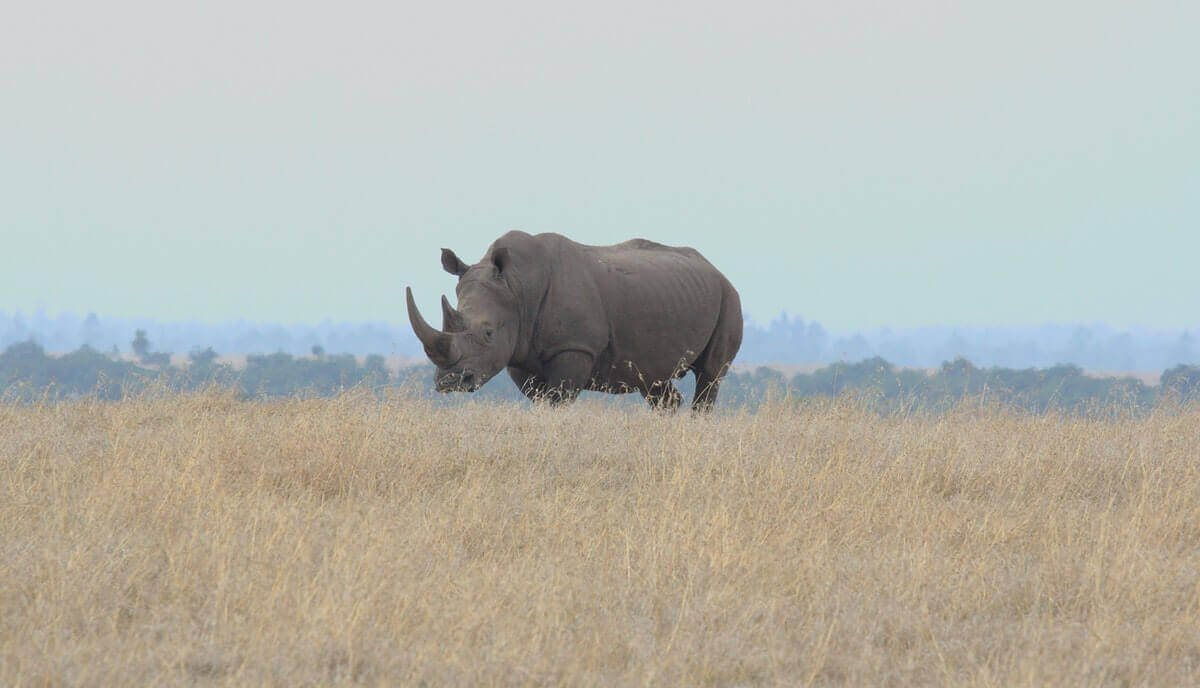 The second-largest land mammal on earth, rhinoceros, or rhinos, are herbivorous animals that are defined by their horned snouts. Rhinos are of five species: two African – black and white, and three Asian – Sumatran, One-horned, and Javan.

Because of their mere size, these animals make it evident to you that they are among the strongest in the wild.

So, how strong are rhinos, really?

With the natural ability to reach a weight of over 3 tonnes and a height of more than 6.5 feet, rhinos are one of the strongest animals on the planet. Add to it their speed rate of more than 30 mph and powerful horns that can grow to reach 39 inches in length, rhinos can easily take on any predator.

But, an unfortunate fact is that the Sumatran, black, and Javan rhinos are listed by the International Union for Conservation of Nature as “critically endangered”, which means that they are on the verge of extinction.

Nevertheless, rhinos are some of the strongest animals that can be dangerous when threatened.

Why Are Rhinos Strong?

These magnificent creatures are one of Africa’s “Big Five” animals, the other four of which are lions, leopards, African buffalo, and elephants.

It would be no exaggeration to say that rhinos are an embodiment of carnal strength; but, it is also a fact that these animals will remain content just grazing on vegetation, unless and until provoked.

There are certain aspects that make rhinos so strong and fearsome:

Of the 5 species of rhinos, Sumatran rhinos are known to be the smallest. But, guess how much they weigh!? A whopping 600 kg! (yes, they are the smallest!)

The largest of the bunch would be the white rhinos, which can weigh as much as 3,500 kg (a lot more than 3 tonnes!).

While these numbers are extremely bewildering, considering they are herbivores and feed only on leaves and grass, this massive weight accounts for their immense strength too.

Naturally, the single huge horn of the rhinoceros would be predicted to be its biggest instrument for combat. But, some rhinos, especially the three Asian species, use their teeth for battle instead of their horns.

These rhinos have razor-sharp lower outer incisor teeth, which can reach up to 5 inches in length, forming into lethal weapons that can cause serious harm in other rhinos during a battle.

Despite their immense size and weight, rhinos are actually good runners. They can run at a speed of 30 to 34 mph. The tank-like build of these animals does not disrupt their speed; in fact, the rate at which they can reach top speed while running is even more interesting.

A rhino needs only a couple of strides to reach its full speed capacity, which is usually around 30mph for white rhinos, and 34mph for black rhinos. When it comes to speed, black rhinos happen to be the fastest of all the different species.

What contributes to such speeds of rhinos is their powerful and strong hind legs. The strength of these legs helps them propel forward effortlessly. And no, you cannot outrun a rhino even if you are a top athlete.

The strength of rhinos is absolutely unfathomable. The black rhino is known to be extremely aggressive and charges readily at any perceived threat.

But, are rhinos a threat to humans?

Let’s just say that approaching and/or provoking a rhino is a bad idea, because, with its strength, weight, and speed, being charged by one can make you feel like being hit by a full-speed car. The impact is most likely to be fatal, and you could end up dead before you even start to feel the pain.

Rhinos are exceptional creatures, with varying personalities and behaviors among the five species. They are widely referred to as ‘gentle giants’ because they don’t charge or attack animals or humans unnecessarily, unless and until they feel threatened.

It is now more important than ever to protect these animals, so they can have their much-deserved spot on this earth.

Rhinos are types of animals that even the most powerful predators do not mess around.

Because of their size, speed, and giant horns, rhinos are no easy prey.

Despite their solitary lifestyle and usually peaceful personalities, rhino temperament is very unpredictable.

If threatened or cornered, they would use their brute strength to attack any being. They have been noted to react most aggressively when protecting their babies.

So, in case you go on a safari tour with your friends, try not to scare a rhino, or even worse its babies.

If you enjoyed this article, here is the recommendation of a similar post: How Strong Are Kangaroos?