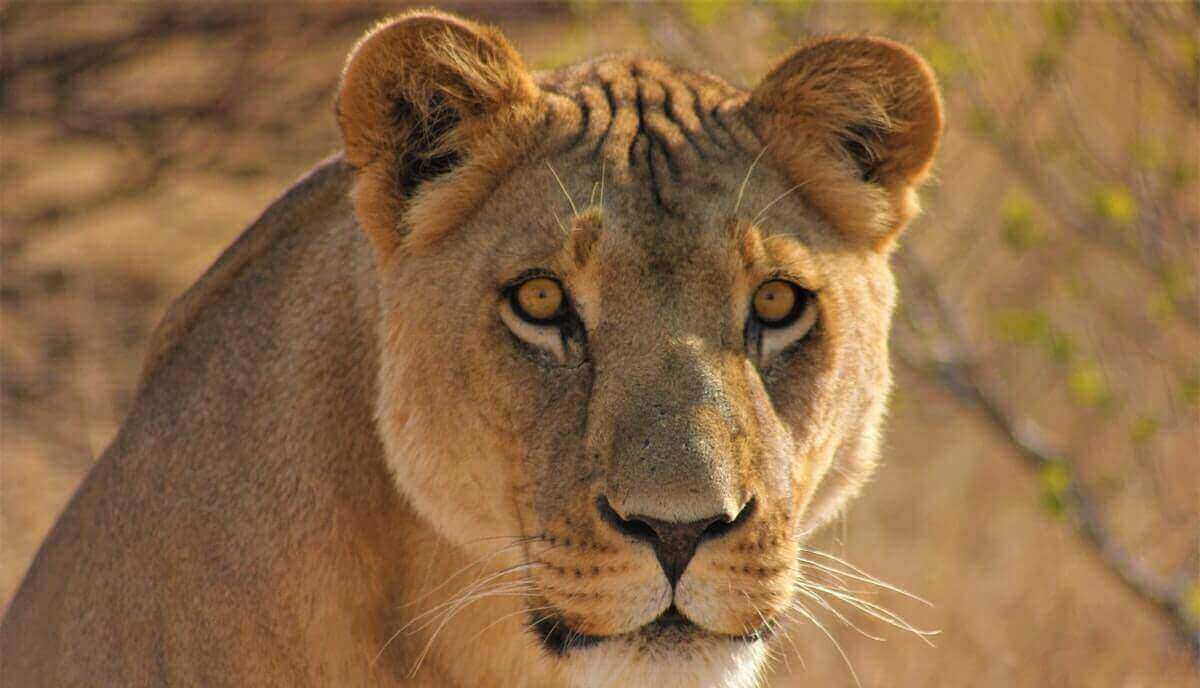 Let’s be honest we all get chills over our bodies when we think of how strong and powerful lions are. Lions are the second-largest cats, and for a good reason, they symbolize strength and power.

We all had the chance to see the lion’s dominance in action, and there is no animal in the wild that doesn’t fear these big cats. But how strong are lions actually?

Lions are one of the strongest and most dangerous predatory animals in the world. How strong lions are, tells the fact that they do not have natural predators in the wild. Big muscles and strong tendons in the hind legs allow a lion to leap 36 feet. In addition to their powerful legs, lions are equipped with strong paws, adding up to the significant upper body strength.

How strong are lions?

There is a reason why lions probably have the coolest nickname among all animals in the world.

The kings of the jungle.

And one of the reasons why they are crowned with this flattering title is because they have no real threats in the wild.

Lions are truly kings of their habitat, and due to their brute strength and power, they dread no other animal. The only actual enemies lions have are hyenas.

However, hyenas usually only attack and kill cubs and avoid confrontations with adult lions. That is not a surprise since only one adult male lion is as strong as 20 hyenas combined.

An individual lion is a pound for pound one of the strongest animal, but the real strength of lions lies in the pride.

Lions are the only social big cat species, and when they work together, even the largest animals like crocodiles and giraffes become their prey.

Lion vs Human: how strong is a lion compared to a human?

Lions are much stronger than humans. The lion’s bite force is five times stronger compared to the human’s. An average lion is three times heavier compared to an average human.

Lifestyle is another important factor when comparing lion vs human strength. The lion’s usual day consists of hunting and fighting with various wild animals in the wild.

Violence is not unknown to them. One strike with its powerful paw is enough to cripple any man.

On the other side, humans are far from this kind of lifestyle.

Muscle advantage, speed, and agility are also the lion’s advantages.

As a result, one adult lion is roughly as strong as at least six humans.

Are female lions stronger than males?

No, female lions are not stronger than males. In the pride hierarchy, males are at the top, and they are the ones who protect the whole pride against potential enemies.

In addition to the fact that females have an advantage in agility, speed, and hunting skills, males are much stronger when it comes to pure strength.

Size and weight have an important role when it comes to strength comparison. It varies significantly between males and females.

How strong are the lion’s jaws?

The lion’s jaws are pretty strong, their bite has been measured to be 650 PSI. However, set side by side with bears, gorillas, or crocodiles, the lion’s bite force is considerably less strong.

Lion hunting tactics are more important than its pure bite power. When hunting their prey, lions go for the neck, suffocating it with their jaws or claws.

How strong is a lion swipe?

A lion stripe is strong enough to kill large animals with ease. Powerful forelimbs are a brace by muscles at the shoulder, and the strike the lions can make is almost like the blow from a hammer.

Before the lion swipes and strikes an animal, it stretches out its claws that can rip off animal skins, as we would strip the peel from a mandarin.

Why are lions so strong?

The lions have a physical predisposition to be strong. These big cats are preprogrammed to build strong muscles and to be top predators.

Genetics and a certain number of physical activities combined with their carnivore diet make the lions super-strong animals.

And so, as long they have the nutrients to maintain it, their bodies will remain strong and muscular.

Are lions the strongest animal?

Lions are not the strongest animals in the world. If we talk about size, weight, and raw strength, many animals are stronger than lions.

Tigers, elephants, rhinos, hippos, and bears are animals that are individually stronger than lions.

However, if we take a pound for pound into consideration, very few animals are stronger than lions.

Lions are as strong and tough as they come. They are naturally gifted apex predators, and they rule the habitat they live in.

Lions are born with strong genetics and predispositions to be dominant animals. They live in pride, and besides their individual strength, their real power comes from the cooperative forces.