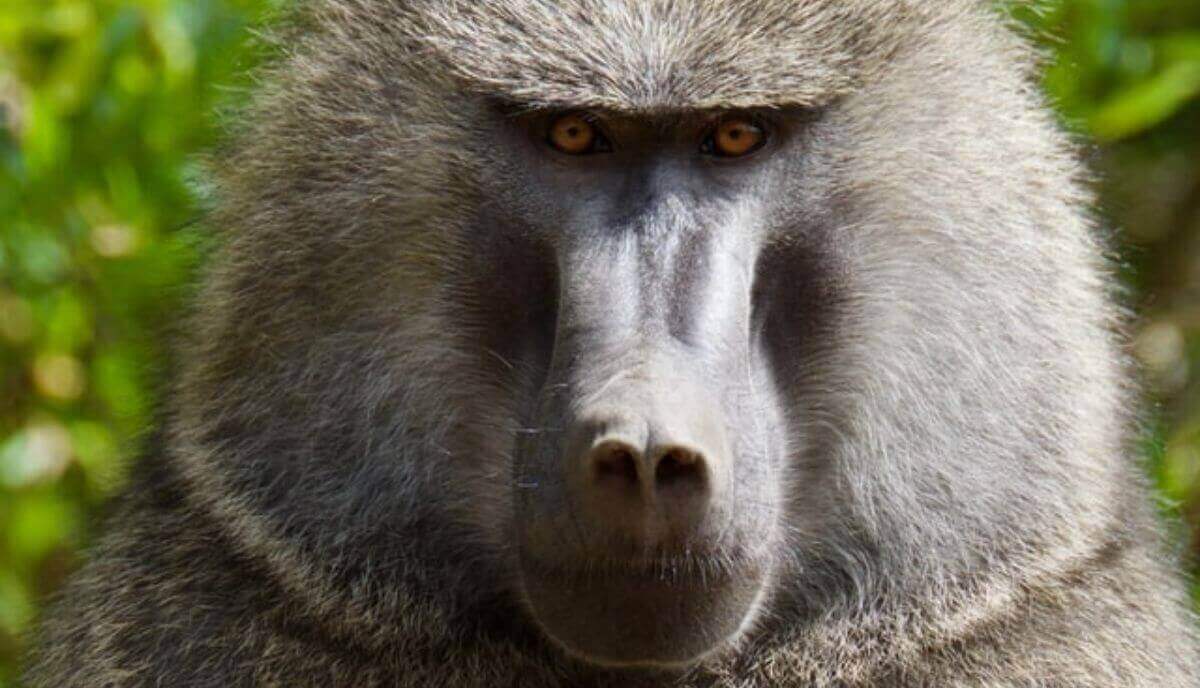 Baboons come in a variety of species, five in fact, and spend most of their time on the ground, although they occasionally do climb trees. The strength of baboons is often a topic of interest, and more specifically, their strength in comparison to other ape species.

So let us discuss the question, how strong are baboons?

Baboons are fairly strong and can hold their own in a fight. They have natural weaponry in the form of claws and dagger-like canine teeth, which they use to defend themselves when attacked or to display dominance within the troop. However, an average adult person is double the size of a baboon, consequently stronger than this primate.

How Strong Are Baboons?

Among the males, displays of strength and power are what determine their place in the hierarchy. This is crucial, as it will determine how much food and support they receive within the troop and the likelihood of being able to mate to reproduce the next generation.

However, to have a better understanding of how their size and weight factor in the matter of strength, we need to make some comparisons.

What are baboons stronger than, and by how much? Further, what advantages or disadvantages do they have in the context of confrontation and conflict?

Are baboons stronger than gorillas?

No, baboons are not stronger than gorillas, as they are physically a fraction of the weight and size of an average male gorilla. This means that when strength is judged by physical attributes, the baboon is no match to the gorilla.

This dynamic, however, can quickly turn in the event of confrontation because baboons have predator-like instincts. Despite the enormous size of gorillas, they are very gentle creatures and will only show aggression in self-defense.

Further, in terms of numbers, gorillas travel in smaller bands of about 30, whereas baboons travel in numbers upward of hundreds. Confrontation in this light means that the strength in numbers would fall in the baboons’ favor.

Additionally, baboons will use whatever is available to them in an attack e.g. rocks and sticks. Whereas a baboon may fight to kill, a gorilla will fight to injure, hurt or scare off.

Are baboons stronger than chimpanzees?

Not really. Chimpanzees have superior physical characteristics to baboons; they are larger and heavier than baboons. Chimpanzees also have stronger arms and shoulders than baboons, strengthened by their constant swinging in trees.

If a troop of baboons confronted an individual chimp, the chimp may lose the fight – but only after giving the baboons a run for their money, in a manner of speaking. Although they travel in smaller troops than baboons, chimpanzees are much more vicious than baboons and have been known to prey on the young baboons for food!

The aggression of chimpanzees is superior to that of baboons to the degree that fights among chimps have resulted in death. On one rare recorded event, the death of one of the leaders of the chimp troop was followed by the cannibalization of the corpse by the rest of the troop.

Are baboons stronger than humans?

No, baboons are not stronger than humans. Due to their physical body structure, baboons being smaller in size and lighter in weight than an average adult man, it would likely be possible that the man would be stronger based on size alone.

However, baboons are aggressive, and if we consider that they will use their claws and teeth in a confrontation, baboons would have an advantage over an unarmed man. Yet, violent incidents towards people are rare, and aggressive behavior is usually noticed within the troop in the context of dominance hierarchy.

Baboons also travel and forage as a group. This brings us to a third consideration, that, should the baboons be provoked within the context of their troop, the strength of their numbers in any attack would overpower any human with no weapon to defend himself.

The strength of baboons can also be understood in the context of the hierarchy within troops. The more dominant males will have more advantages, including the advantage of mating with as many females within the troop as they can during the mating season.

This translates to having more of their offspring forming the bulk of the next generation within the troop. The females within a troop have their hierarchy as well but will rarely fight or display dominance among themselves, as they are often related.

To sum it all up…

Despite being small in stature, baboons are very intelligent and very aggressive. Their primary strength is in their numbers. They have been known to raid homes and restaurants and steal from humans who are carrying food. Baboons eat crops that are in the field and the young of sheep as well. They are a force to reckon with especially when provoked.

Read Also: How Strong Are Elephants?