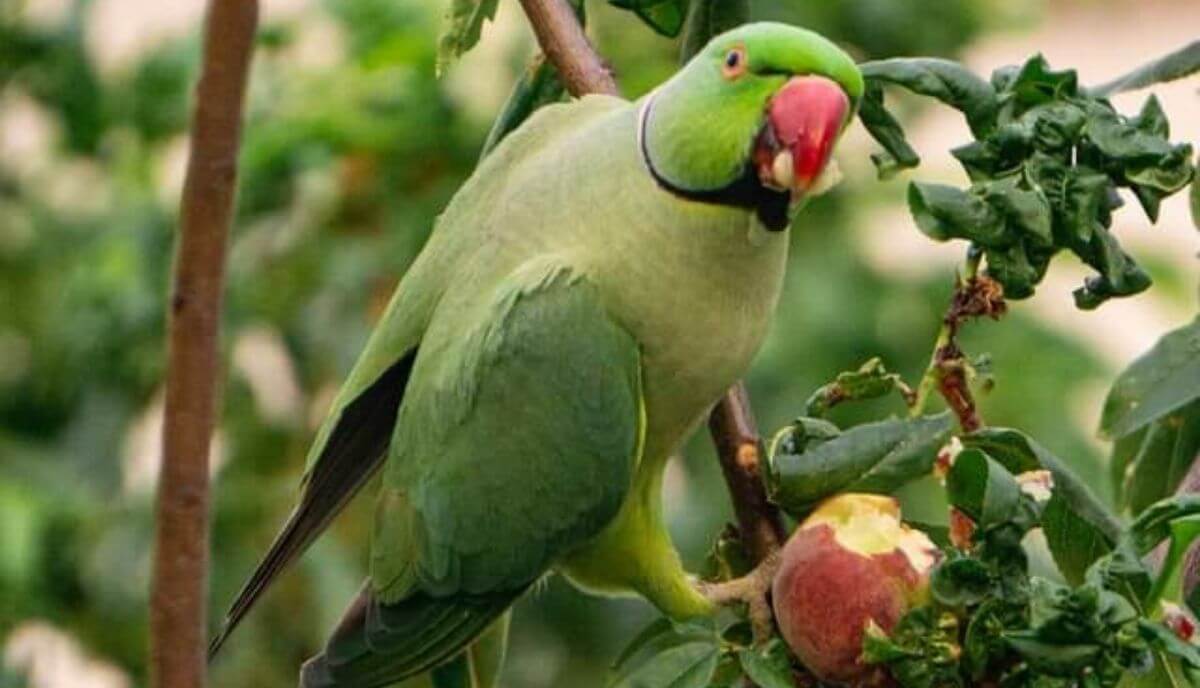 Plants not only offer us vitamins, minerals, and trace elements, they are an important food source for our feathered friends too. If you’re a herbivorous bird, it suggests that your diet is made up of plant material.

Examples of herbivorous birds include oilibirds, snow goose, finches, doves, quails, parrots, among others. While they consume various plant-based food, the most common source of nutrition are fruits, nectar, leaves, seeds, nuts, grasses, and grains. 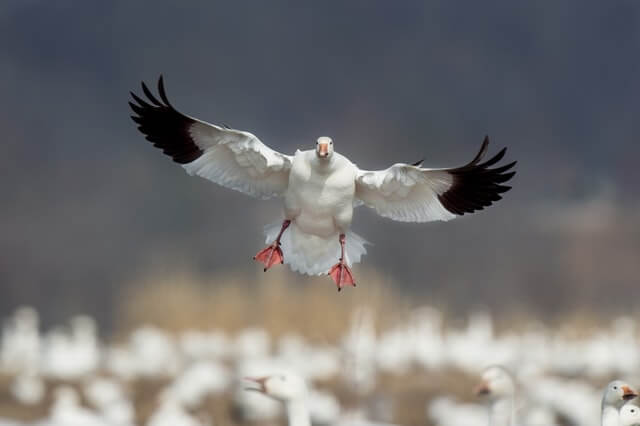 What a beauty the North American snow goose is, and it certainly makes it onto the list of herbivorous birds. Even though we think of it as a snow-white bird, some of them are a grayish blue color and are referred to as blue morphs.

It’s a strong flier with a wingspan of about 4.5 ft. They are able to cover a large geographical range. Also, they are not only strong fliers, but strong walkers and swimmers too.

Snow geese love to graze, and they will spend a lot of their time eating, more so during the breeding season. Some of their favorite plant foods are roots, grass, shrubs, and aquatic vegetation.

The female bird is capable of grazing for up to 18 hours a day.

When the goslings are born, they are barely three weeks old when they will walk 50 miles or so with their parents to a new home. They’ve got strong honks too, and are one of the noisiest of all the waterfowl.

This beautiful bird is a strict herbivore and enjoys leaves, grass, and roots, foraging around in water and mud, and loving the bulrushes as a food source in their breeding grounds. 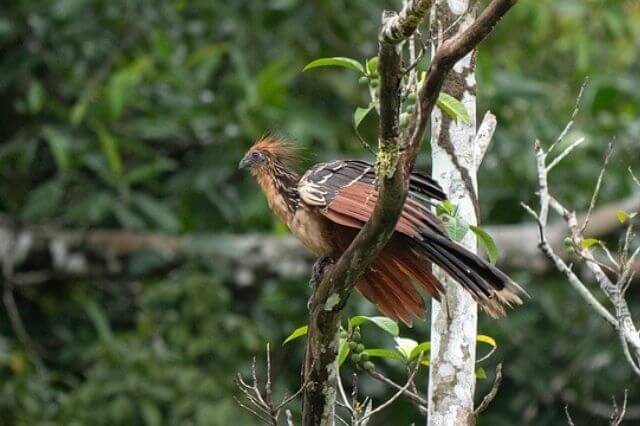 Maybe you can’t call the hoatzin a lovely-looking bird, but rather a strange bird. As herbivores, they love to feed on swamp plants.

Its weird digestive system gives the bird a horrible odor – enough to put off any human hunter seeking it out as food. Hence the nicknames: the stink bird and the skunk bird.

The hoatzin is a tropical bird gravitating towards the mangroves of the Amazon forest. So you’ll often see it perched on trees in wetlands and areas with dense vegetation.

What is the most fascinating about this remarkable bird is that the chicks are born with claws on their wings, and this has led some researchers to believe the species to be a living fossil.

You can’t miss the bird with its small head with the crest of long, spiky orange feathers. Many people refer to it as the punk rock bird because of this weird crest.

Either way, the bird is utterly unique and is the only avian species with a digestive system that ferments vegetation in the stomach. 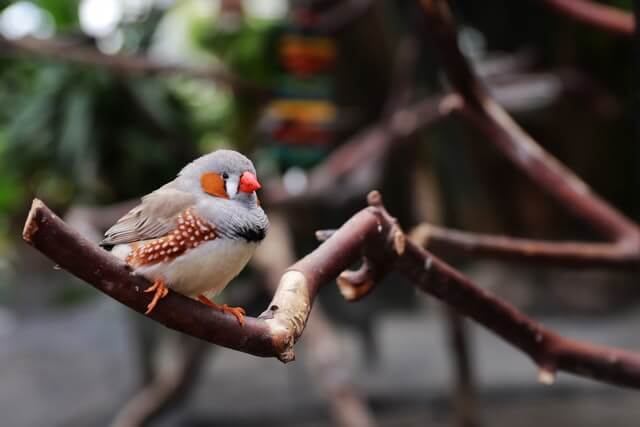 Finches are a type of songbird found all over the world except in Australia. They live in different kinds of habitats, with most of us having seen the meticulous way they build their basket-like nests.

They have a small triangular beak indicative of their diet. Finches are herbivores, and as plant-eaters, their diet is based on different kinds of seed and fruit.

Even though they are primarily seed-eaters, people feed them vegetables and fruit as well. When out in the wilds, finches snack on different plants and seeds.

In captivity, they will benefit from eating organic leafy green vegetables and a variety of plants and seeds in a season.

If you happen to have a pet finch, one to two teaspoons of seeds with the occasional intake of fruit is a perfect combination for a balanced diet. 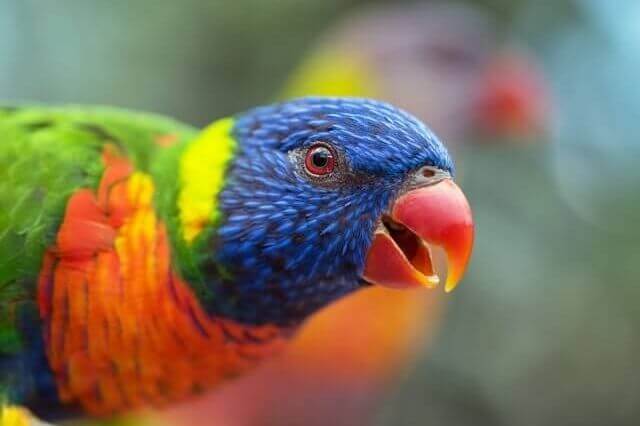 It’s difficult labeling a bird as a herbivore, and there are possibly people who will doubt whether parrots should be on the list of herbivore birds.

However, when you do research, you find that parrots are nearly always listed as herbivorous. And yet, here again, there isn’t many a completely strict herbivore parrot.

Yes, most parrots do rely on essentially a vegetarian source of food, and this is what secures their spot today.

In the wilds, you will see that parrots will also resort to eating insects. Wild parrots do eat every kind of vegetation they find around in the forest, but they’ll eat insects too if they’re available.

However, the first choice and bulk of parrot’s diet are based on flowers, nuts, fruits, and seeds. Some parrots thrive on sticking strictly to a herbivorous diet, but in captivity, they can sometimes be offered a piece of meat that they will enjoy. 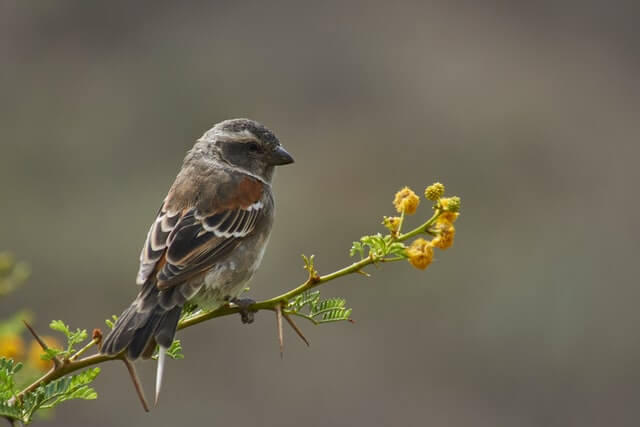 The sparrow may be a common little bird, but he knows what he wants in life. Their short bills know precisely how to tackle different kinds of grasses.

Their tiny tongues also have a unique skeletal structure that assists with dehusking seeds.

The thing about sparrows is that they were once carnivorous birds, but since they are opportunistic feeders that have learned to live close to people, they’ve gradually changed their eating habits.

Sparrows are on a fine line between herbivores and omnivores, especially because they are not picky eaters. However, today, the largest portion of their diets consists of grains, seeds, nuts, fruits, and vegetables.

These chirpy birds are our loyal neighbors, and they are widespread almost in every urban place on the planet. 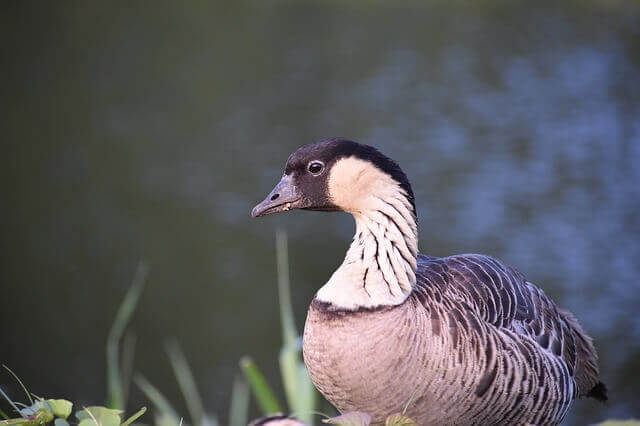 Closely related to the Canada goose, the nene goose always makes it onto the list of plant-eating birds. It is found in the Hawaiian Islands.

They’re brown and gray birds with their eyes, legs, and feet being black.

What is particularly interesting about these avians is that their strong legs enable them to walk on rough lava plains. This is a fantastic adaptation, and one has to wonder what gives them these unusual powers?

Maybe the secret lies in their diet? The diet of nene goose is considered quite nutritious and consists mainly of the various grasses on the islands of Hawaii.

The name ‘nene’ (pronounced nay-nay) comes from the goose’s soft call. And besides their unique calls, they are the rarest goose species on the planet. 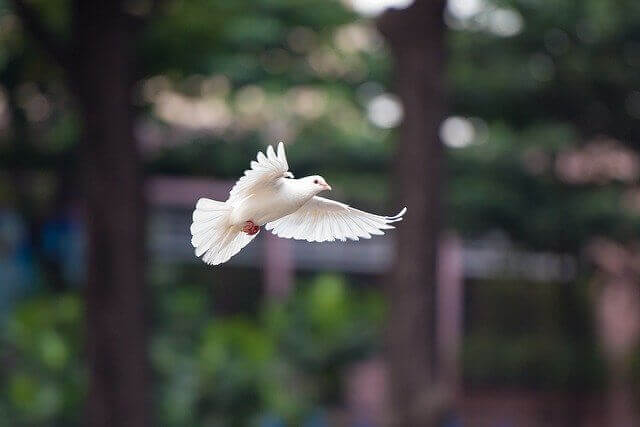 Interestingly, doves are known as birds of peace but they are scarcely peaceful! When you put out seed for them, they bicker among themselves with a lot of wing-slapping.

Most people are familiar with doves as they inhabit the far corners of the earth, perhaps with the exception of Antarctica.

You can safely say that most dove species are herbivores. Most birders are very familiar with doves in the garden and how they gobble up the seed.

However, they’re mainly plant matter eaters, with their diets varying based on the species. Some doves stick to seeds and grains, while others, in different areas, will eat primarily fruits and berries.

Yet, in areas where people feed them, doves will eat essentially anything that they can wrap their beaks around. 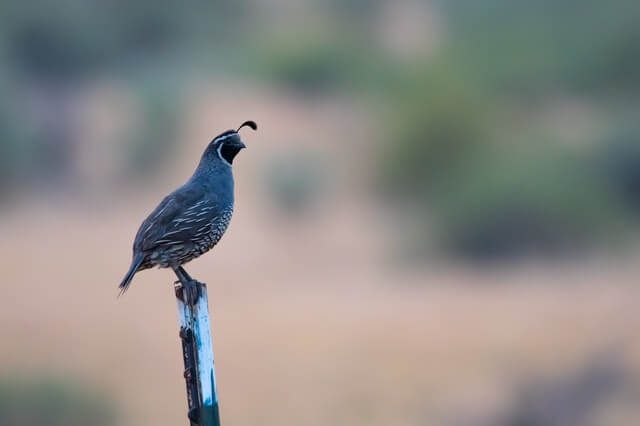 Quails, which belong to the same game bird family as pheasants, enjoy a diet that consists mainly of grains and seeds. However, just like many herbivorous birds, they won’t turn a feathered head away from some insects.

The bobwhite quail builds a nest on the ground between grasslands. They collect twigs and dead vegetation for their nest.

There are some 130 quail breeds, but they all lean towards feeding on plants that have gone to seed.

Quails are plump, short-necked birds, so they can’t really fly for long distances. They spend most of their time on the ground foraging.

Many quails have bills that are typical of seedeaters – short, stubby and serrated, and suited to their primarily vegetarian diet. Even though the chicks start off chowing on some insects, as they mature, their diet becomes more herbivorous.

The Oilbird is an attractive brown bird from the northern areas of South America and Trinidad. They nest in colonies and have rather specific habitat requirements, including caves and forests rich in fruiting plants.

The oil palm grows in subtropical areas and the oilbird loves it. It has lots of tiny flowers that develop into oval fruits.

As the fruits ripen, they blacken and come with a single oily seed. The oilbird makes a meal of them and also enjoys adding tropical laurel leaves to its diet.

These birds are the only night-time fruit-eating birds in the world. They have specially adapted eyesight which allows them to forage with ease at night.

Just like bats, they navigate by echolocation. It’s a weird bird, spending much of its time in darkness. Maybe that explains its raspy wailing call.

At night they leave their caves to feed. They make use of their keen sense of smell and their nocturnal vision to head straight out to where the food is.

In a world characterized by urgency, birding is a peaceful hobby, especially when it is done in a remote area of the bush.

When you observe birds, you will come to realize that the shape of their bills can be a guide to what they eat. The plant-eaters/herbivores birds are most times distinguished by their strong conical bills.

That’s what’s so exciting about birding – observing them in the wilds and discovering some astonishing behavior about them that can change the way they have generally been perceived.

Thank you for reading. If you liked this post, here’s a recommendation of another popular article: List of Animals That Eat Fruit