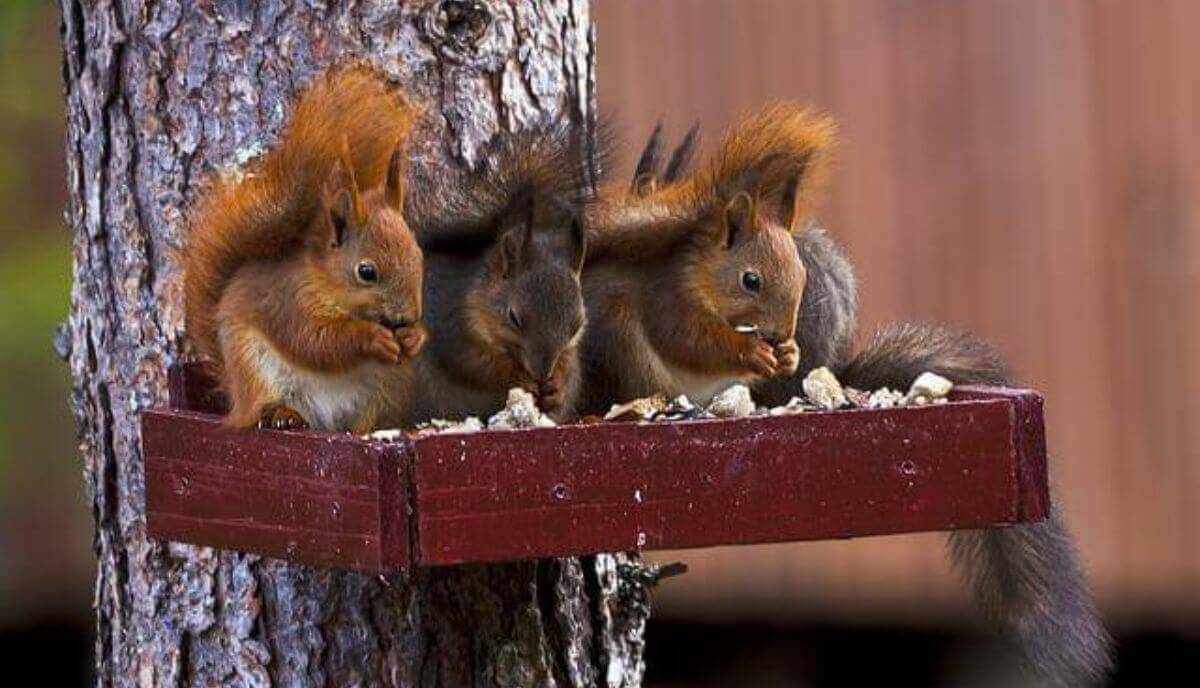 Many animals share some traits with humans, so it is no surprise that there are greedy animals out there. These are beings that are not satisfied with just getting enough for survival and will often want more.

However, the greediest in the animal kingdom remain to be humans since we always want more and more for ourselves. Even though not every person is greedy, greed is a part of human behavior in many ways.

The following is a list of the greediest animals on the planet. 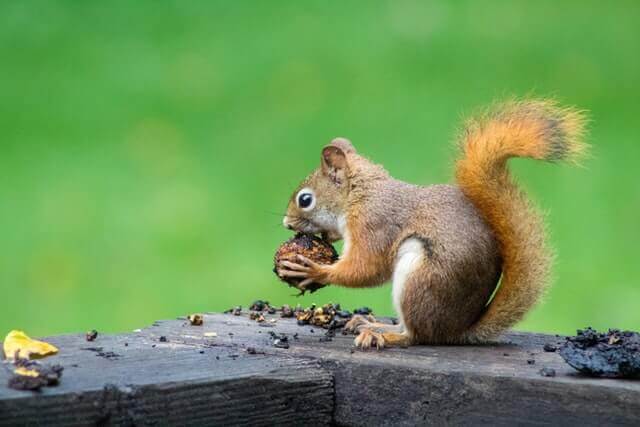 These cute rodents are known to be very greedy creatures, and when given a chance, they will take more than they need. When they are hungry, they can eat up to twice their weight.

Other than that, they also carry food equal to their weight in their mouths.

Their mouths are pretty large, and having stretchy cheeks is a plus that allows them to stuff food inside them.

Squirrels are also known to keep food such as nuts for the winter, and they always keep more than they need. Not only are they greedy in stashing away food, but they also protect it with their life.

If you try to steal their food, you may be attacked and suffer many scratches and bites. 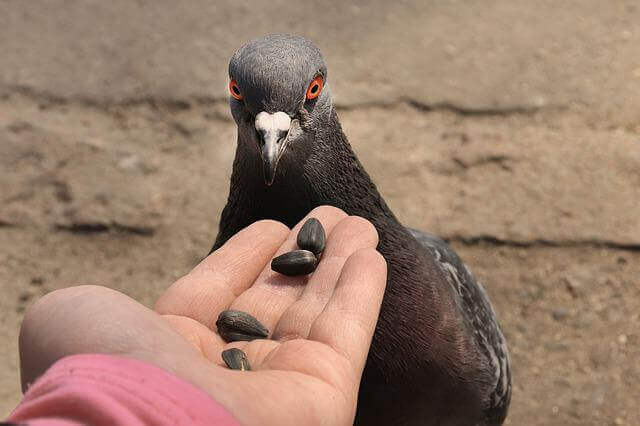 Pigeons are probably at the top of the list of greedy animals.

They are known to eat as long as there is food available, and they are unlikely to stop eating at any point. If you have ever fed pigeons at a park, you know they never stop coming back for more.

Pigeons can eat as much as their total body weight (in one sitting), which is quite a lot of food!

This decision protects the buildings and park seats that become unusable due to the droppings. 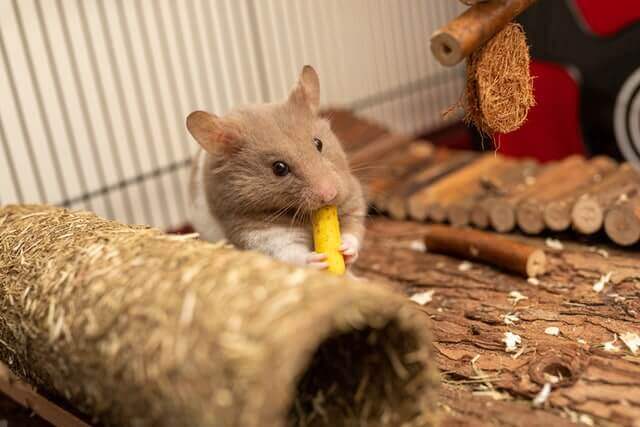 Any hamster owner will tell you that they are greedy for their favorite foods and treats. These gnawing animals are very food-driven, so one of the ways to get them to love you is by giving them food.

However, if you are keeping a hamster, you have to be careful about the portions of food you give your pet.

If you provide them with a lot of it, they will eat all of it and still want more.

Some hamster breeds are picky about what they want to eat compared to others. But the bottom line is that they eat a lot, especially when they like something.

Because of their greed, it is also essential to encourage them to exercise to remain healthy. 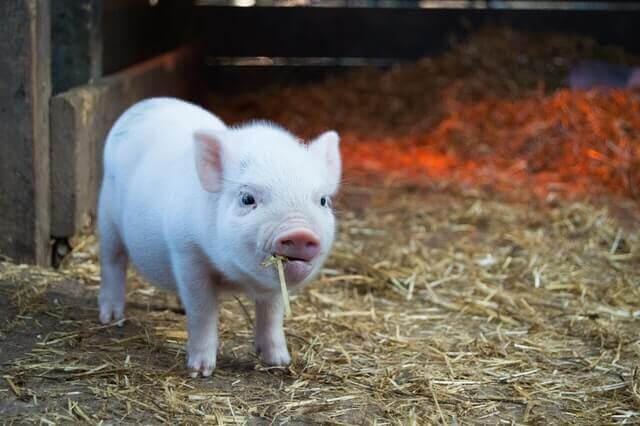 The saying “eat like a pig” means you eat so much and usually more than you need. Pigs are not greedy, but they eat a lot to keep their bodies functioning.

However, they can be considered greedy if they are hungry, eating pretty much anything they come across. This includes meat, vegetation, and even their young.

In most cases, pigs eat what they can at a time.

Unlike popular notions, they are not dirty animals who like rolling in their food. They will only do so when they are hot since rolling in filth makes them cooler since they don’t have sweat glands. 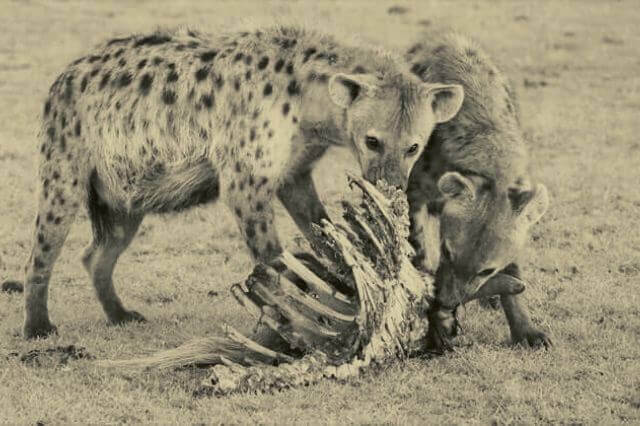 A hyena is known as the greediest creature in the wild, but this is debatable since it is also labeled as a cowardly animal. They are scavengers because they are not brave enough to hunt independently.

One could argue that hyenas are greedy because they don’t get enough to eat since they eat the remains of other animals.

However, even when they steal a hunt from another animal, they will do this as many times without fail. Hyenas spend their whole day looking for food even when they have just eaten.

A lone hyena may not be dangerous to other animals, but it could cause a lot of damage in a group. 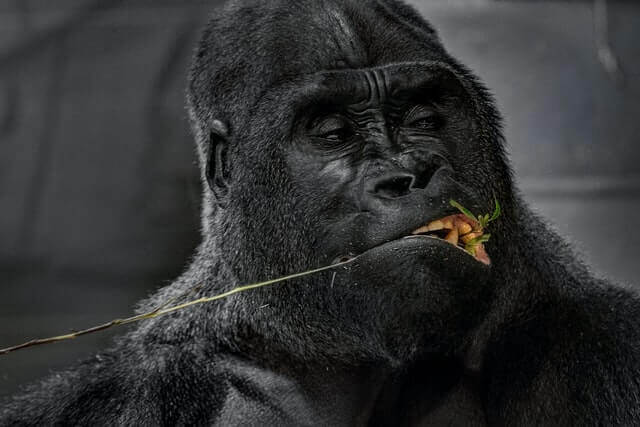 They are known to spend most of their time during the day eating. For example, a male adult gorilla can eat more than 30kg of green matter in a day.

While this may not seem like much compared to their body weight, consider that vegetation is not as heavy as flesh. Therefore, the gorilla needs to spend more time eating to satisfy their daily nutritional need.

Gorillas are herbivores despite having very pronounced canines and muscular bodies.

They usually eat vegetation consisting of leaves, shoots, and shrubs, and they can destroy a patch of greenery in a short period. 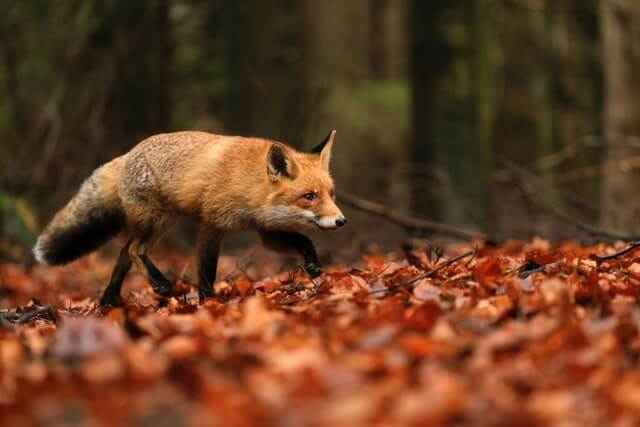 It is known in many stories to be a sly animal, which is an accurate description. Unlike most greedy animals, foxes are not considered greedy because they eat more than they need.

The main reason foxes are greedy is because they will often kill more than they can eat. In some cases, they may kill and only have a few bites of the prey and leave it.

If a fox ate more than it needed, it would not be able to move, given that it is not a large animal. This is dangerous for it since it makes it ready prey.

However, eating won’t stop it from hunting easy game such as birds and small animals. 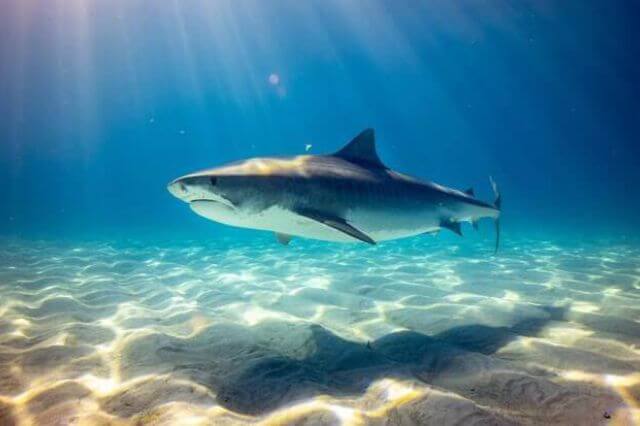 Unlike popular belief, not all sharks are greedy. Usually, they will not hunt unless needed, but that is not the case with the tiger shark.

Instead, this breed will eat anything on its path, making it one of the most dangerous sharks in the salty waters.

It is known to take a bite of anything even when it is full. It also eats a lot of junk because several have been found with garbage in their stomach.

While it is known to hunt at night, where it can put its excellent vision to good use, if it comes across prey during the day, it will kill it. 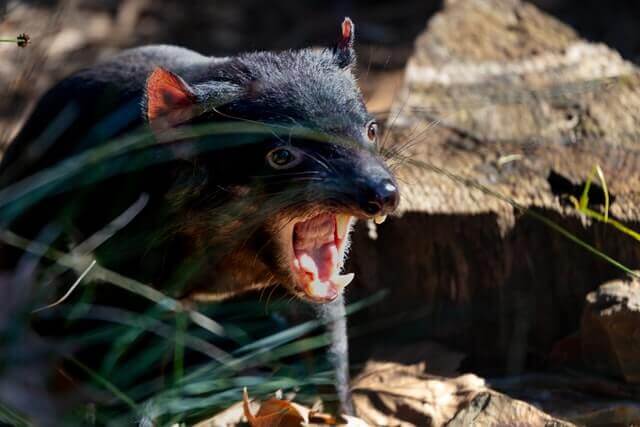 This famous creature is one unique animal that can also be considered voracious.

The Tasmanian devil can eat more than 40% of its body weight in less than an hour. It eats at a very high speed making it one of the few animals capable of doing that.

However, it mainly eats that amount throughout the day, but it only eats fast when there is no time to consume all it needs.

Tasmanian devils eat only meat comprising small animals, snakes, and birds. They are not great hunters but will hunt enough to ensure they have enough to feed them. 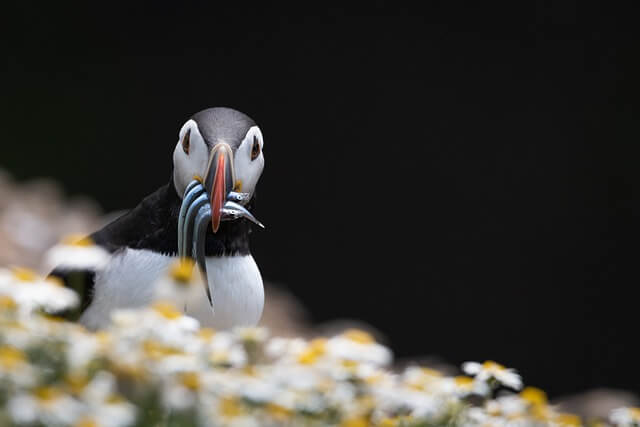 It is not a very large bird standing at about 12 inches tall, but it has a huge appetite. It eats mostly fish since it lives close to water bodies.

In fact, these small greedy birds are specialist fish hunters. Whenever it has the chance, it grabs as many fish as possible and can eat half of its body weight.

To get the most out of fishing, it usually grabs a lot of small fish at a go and gobbles this down quickly.

The puffin can make a few of these trips and even supplement with insects and, in some cases, grains.

The last member on our list of greedy animals is an American pigmy shrew. While it is a tiny animal, the pygmy shrew often eats quite a lot.

However, they have a good reason, unlike most other greedy creatures.

American shrews live a speedy life that includes body movements and walking or running non-stop. Because of this, they use so much energy that they need to fuel up to keep going.

They have a very high metabolism, so it is rare to find a fat shrew even if they eat so much.

The digestive system of American shrews is regularly working to digest more food as they eat. This animal requires its body’s weight in food per day.

It is said that if a shrew doesn’t eat as much as it needs to in a day, it will die.

While many animals are satisfied with just enough to feed them for the day, many others aren’t. Some of these greedy animals will want to either eat on and on or keep a lot of food for themselves.

Animals are usually considered greedy due to how much they eat. However, that is not the case with the greediest of them all – humans.

With humans, greed covers various grounds, from food to money to non-food items such as furniture and clothes. They will want to keep a lot for themselves and rarely share even in the presence of the suffering of others.

And there you have it, with this, we have completed our “most greedy animals” article.