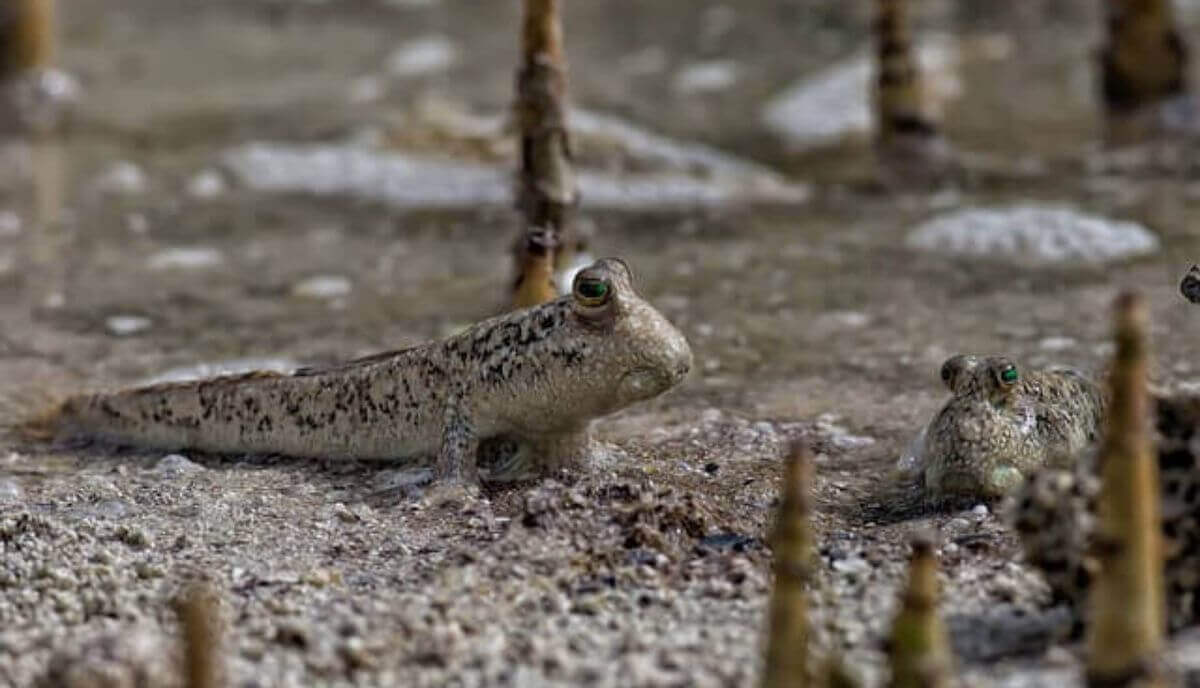 Fish with legs? What did you just read? Is that even possible? Surprisingly, yes! There are fish that have feet too.

These are actually fins that have evolved into leg-like limbs. And they usually move on the bottom of the sea by using their leg-like fins and tails.

The following are fish with legs: 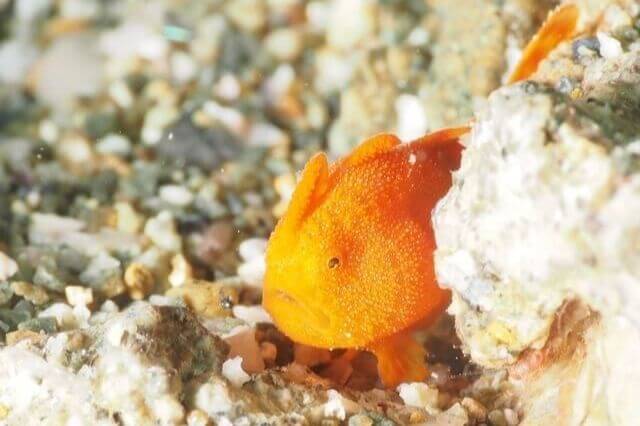 These little stocky fish with legs are most likely to be spotted in the water. It is a part of the anglerfish family, and they are primarily found in the subtropical and tropical seas.

Their body is covered with peculiar appendages that help them blend into the environment while hunting. The legs of the frogfish are actually pectoral fins.

These malleable fins evolved to be longer than most fish fins. Hence they look like legs.

You can typically spot these fish near islands on the marine reefs. Frogfish simply love to lounge on the reefs at most times.

While hunting, the frogfish patiently lies in waits for its prey. When the prey appears, the frogfish lunges at it with its strong, forceful legs/fins and bites down on them.

There are still new varieties of the frogfish being discovered to this day. Very recently, a new species of frogfish named the blackfish was found.

Some of them are quite interesting species, such as:

Read Also: Animals With No Legs

Like the frogfish, the handfish is also a part of the anglerfish family. These fish are mainly found along the coasts of Tasmania and Australia.

And as the name suggests, these tiny fish have fins that look like hands. Pretty fascinating, isn’t it?

Handfish are bad swimmers and prefer walking. You can often see them walking along the seafloor. They walk by propelling themselves across the sea bottoms, but they do not actually walk overland.

Handfish are a bit of a mystery as not much has been known or studied about them! But, we do know that many sub-species of handfish exist.

Some of them include:

Despite their names, batfishes have distinct bodies that are not evolved for swimming. However, they have altered pectoral fins.

And just like the frogfish and handfish, they belong to the anglerfish family.

They use their fins to walk over the seabed. Batfish look odder than most other fishes.

Their bodies are slim, their heads are flat, and they have an even odder style of walking. Also, their pectoral fins are defined as the most leg-like.

Batfish are divided into almost 60 different species. There are a few species that can still be found in shallower waters.

Some species of batfish are: 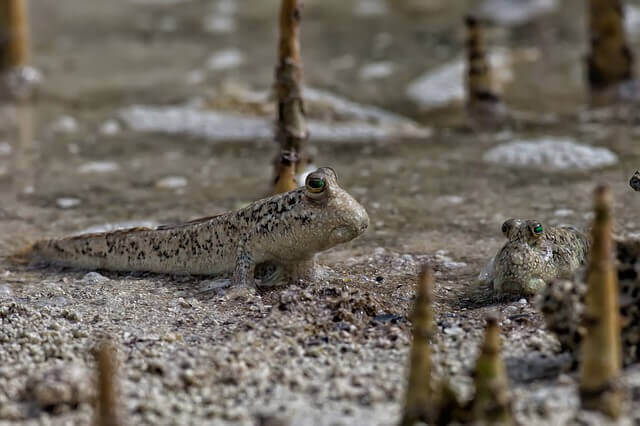 A land-walker in the truest sense, the mudskipper can walk on land for long periods. It is also known as the walking fish. There are over 30 different types of mudfish that can survive on land.

The mudskipper has evolved tails and pectoral fins, unlike other species. Its tail enables it to move across land very easily using its fins.

They can even leap into branches and trees at great speeds. Although they are found in muddy areas near the seas, they can even jump! (source)

This fish with legs has always fascinated researchers due to its interesting behavior and uniquely evolved body. They also manage to cover long distances in a jiffy.

Mudskippers create elaborate, long burrows when on land into which they vanish.

There are many sub-species of mudskippers such as:

Another fascinating addition to the fish species with legs! Lungfish can remain on both land and water, thanks to their unique lungs.

Their primitive lungs have evolved to help them breathe in air, while they use gills for underwater breathing. However, they cannot walk on land.

Lungfish are as old as the Triassic age. Fossil records help us know more of their history. They even have special fins using which they walk across sea floors.

These mysterious fish are some of the most interesting aquatic creatures for studies.

Interestingly, lungfish are capable of going into hibernation mode for up to four years! Also, they are real tough survivors who can make it through extremely poor environments.

While they aren’t lounging on the land surface, they are busy scouring the lake bottoms!

Check out some interesting sub-species of lungfish: 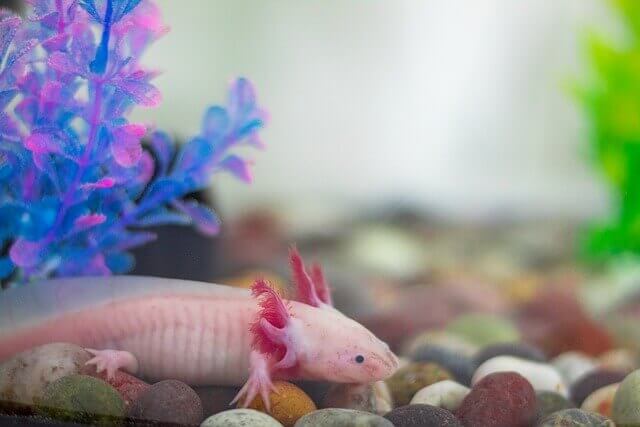 Perhaps the most well-known and cutest creature with legs around, the Axolotl is next on our list. Also known as the Mexican walking fish, this species is often mistaken for fish.

However, although they are not actually fish, these salamanders are our honorary members of the list.

Even though it has evolved to have feet, it still lives and breathes underwater. Unlike other amphibians, it has metamorphosis to have feet while still keeping its gills. It remains a creature of the seas throughout its life!

They are very rarely found in the wild seas. Most often, you can find them in the homes of people as pets. This fascinating creature is very much in demand as a pet due to its cute looks.

Why Some Fish Evolved to Have Legs?

One of the main reasons that come to mind is survival. There are many challenges that come with living in the wild. These include predators, natural disasters, or even a lack of prey or food.

Sometimes, this dire need to survive causes animals to evolve or mutate. Some fishes have adapted to such an extent that they are almost amphibians.

Here are some reasons in detail for their evolution:

It is really fascinating to see fish with lags that walk on land or even the seafloors. But adapting to survive has been done by many other species too. And fishes are no different!

Moving between land and the seas helps these fish survive better. They can escape from dangerous predators or starvation from either side. Out of these, some even behave like land animals, like mating and being territorial while on land.

In contrast, others have developed special lungs to breathe on land as well as sea. What is cooler is to see this evolution happening since prehistoric times!

Thank you for reading. Hopefully, this article was informative and has helped you learn something new.

If you liked this post, we recommend you a similar read: Animals That Eat Fish