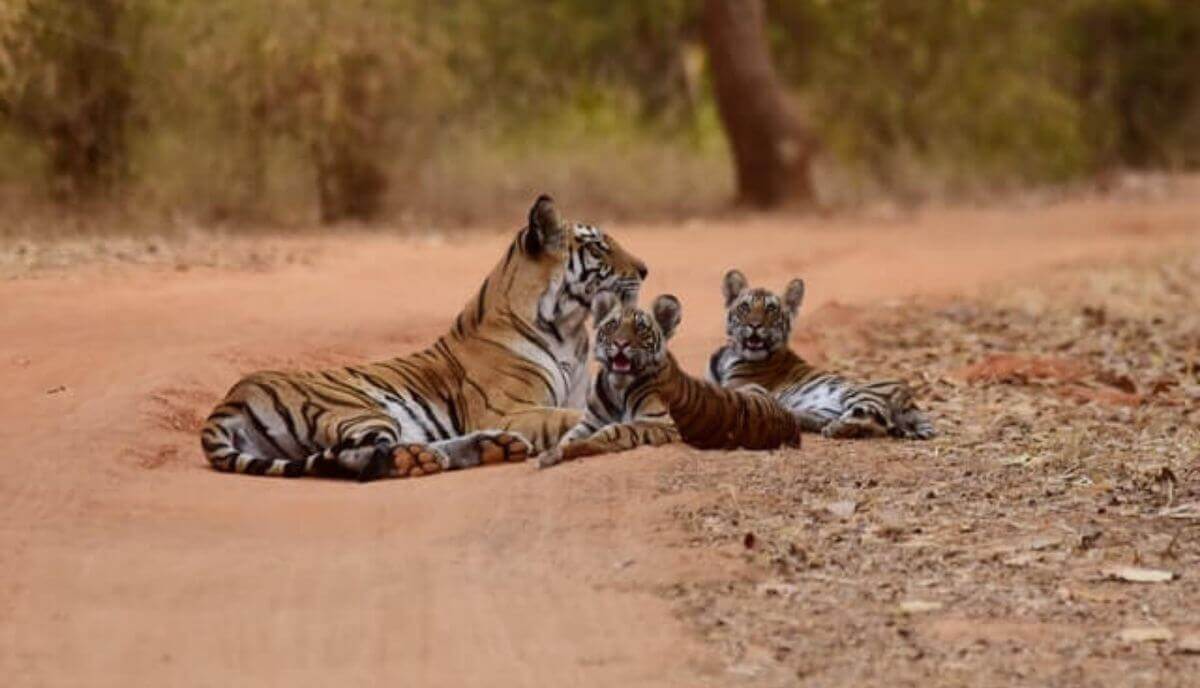 Female tigers are one of the most beautiful creatures in the whole animal kingdom. Equipped with slender and muscular bodies decorated with stripes, these big cats evoke fear and admiration at the same time.

They and their male counterparts are the largest of the cat family. Although in the past they were widely distributed in Asia, over time, due to human activity, they are now found in limited numbers and scattered territories across the continent.

What is a Female Tiger Called?

A female tiger is called a tiger or a tigress. When discussing the species, more often than not, the term ‘female tiger’ is the term that is used to denote or differentiate between the tigress and the male tiger.

A lot of people are wondering what is a female tiger called. The reason is that there are different names for female and male animals of the same species. For example, the female wolf is also known as a luna wolf or she-wolf.

In recent times, however, there have been successful cross-breeding between species of tigers and lions. One such cross-breed has been between a male lion and a female tiger, resulting in the liger. It is yet to be established whether the female hybrid will be called ‘ligress’.

A similar hybrid in reverse of a male tiger and a female lion has created a species dubbed ‘tigon’ or ‘tiglon’. Similarly, it is not yet clear whether the female of this hybrid can be denoted as ‘tigoness’.

What is a Group of Female Tigers Called?

A group of female tigers is called an ambush or a streak. Tigers are solitary animals that spend most of their lives alone. However, when a group of females or/and with their cubs is formed, it is known as a streak.

While living together, female tigers are extremely protective of their babies. Still, these cohabiting groups between mothers and their cubs do not last forever. Once they are six months old, tiger cubs will leave a safe nest and will try to survive on their own in the wilderness.

However, there is a 50% chance that tiger cubs never reach adulthood. Some juveniles will die of starvation. Others may be snatched by predators, while sometimes, even tigers kill their young.

Now when you know what is female tigers called, let us explore further and find out some additional facts about this animal.

Female tigers are rather big since tigers are the largest of the feline family. Among the different sub-species of the tiger family, female tigers are significantly smaller in stature than their male counterparts. This size variance is a common feature in the cat family.

A female tiger’s tail is shorter than that of the male. The tail length of tigers tends to be about 24 to 43 inches (60 to 109 cm) above the total body length. A female tiger’s paws also tend to be more narrow than those of male tigers. As such, their tracks can be used to differentiate the female tigers from the males.

A female tiger has a very muscular body covered in an orange fur coat that fades into a white underbelly. The entire body is covered in dark vertically oriented stripes. Each female has a unique stripe pattern and this pattern is visible even when the fur is shaved.

Tigresses have rounded heads, and their fur is thickened and elongated around the chin area. This makes them look like they have a beard. They have uniquely rounded ears that have a white spot at the back. This white spot is encircled by black fur, making it look eye-like.

Both male and female tigers have long canine teeth and conspicuously lengthy whiskers when compared to other members of the cat family.

When pregnant, their bellies will appear rounded, and their teats will be visible on the underside of their bellies. Female tigers often raise and train their cubs alone and will often be seen in the company of their young ones.

Read Also: Where do Tigers Sleep?

The social structure of tigresses is complicated and is based on their survival, rearing of offspring, and mating. They are territorial, marking their boundaries with urine, feces, or claw marks on the bark of trees. Their territories usually have sufficient prey to supply for their nutritional needs as well as those of their young.

Tigresses will live with their young from birth until the young cubs leave the den when they are about six months old. During this time they will train their young to hunt and fend for themselves.

During estrus, a tigress will perform scent-marking rituals with more frequency. This will signal to males within the area that she is ready to mate. The female tiger will also use various vocalizations to indicate her availability.

Adult female tigers do not face many threats from other species, as they are apex predators in their territories. However, in case some animal decides to attack them, tigers protect themselves in several ways.

Unlike fully grown tigers, baby tigers are under threat from birth because they are defenseless and vulnerable. They fall prey to other predators when the tigress goes hunting for food.

The main threat that adult tigresses face is poaching. Tigresses are hunted for fur, claws, bones, and other body parts for traditional medicine purposes. The illegal trade of tiger parts is another aspect of this, whereby tigers are kept to supply black market buyers.

Coupled with this is illegal breeding for commercial purposes. In the cases of breeding, many tigresses are kept in inadequate shelters and bred at unnatural rates. Additionally, they are poorly cared for, and this leads to health and mortality complications.

The natural habitat of tigers is also very close to densely populated areas. As a result, tigresses may kill animals kept by humans, such as cattle, and this has led to conflicts between man and beast.

Here are some of the most commonly googled questions about female tigers.

Do Female Tigers Have Stripes?

Yes, female tigers do have stripes. Tigress stripes run downward along the sides of their bodies, to their underbellies. The stripes are very dark in color and are often seen as black. The stripes are laid over distinctly orange fur in most species. Some species lack orange pigmentation, while others lack stripes altogether.

No two tigresses have the same stripes and each female tiger’s stripes are as unique to her as a human’s fingerprints. Tigress stripes can be seen even when they are shaved. Stripes are an essential part of the tigress’ survival as they enable her to camouflage herself against her prey.

There is not much difference between a male and a female tiger’s physical features. They have large muscular bodies with large forepaws, sharp claws, and large heads with powerful jaws. They also have long fangs, which are useful in tearing hide and flesh off of prey.

The hind legs of tigresses are longer than the forelegs, and this enables them to jump quite high to take down their prey. Their forelegs are also very strong and dense to support their weight. They additionally have padded paws, which help them move silently.

Are Male or Female Tigers Bigger?

Comparison by weight shows that adult male tigers, on average, weigh about 550 pounds (249.5 kgs) while the adult tigress weighs about 400 pounds (181.3 kgs). Even at birth, the male cubs are notably larger than the female cubs.

There you have it – female tigers are called tigress.

Did you already know but just couldn’t recall? Either way, hopefully, this article helped you learn something new about these majestic cats.

At least, you now refreshed your wildlife knowledge, and you are ready for the next pub quiz with your friends.

For the very end, here’s a recommendation of a similar article: Do tigers roar?