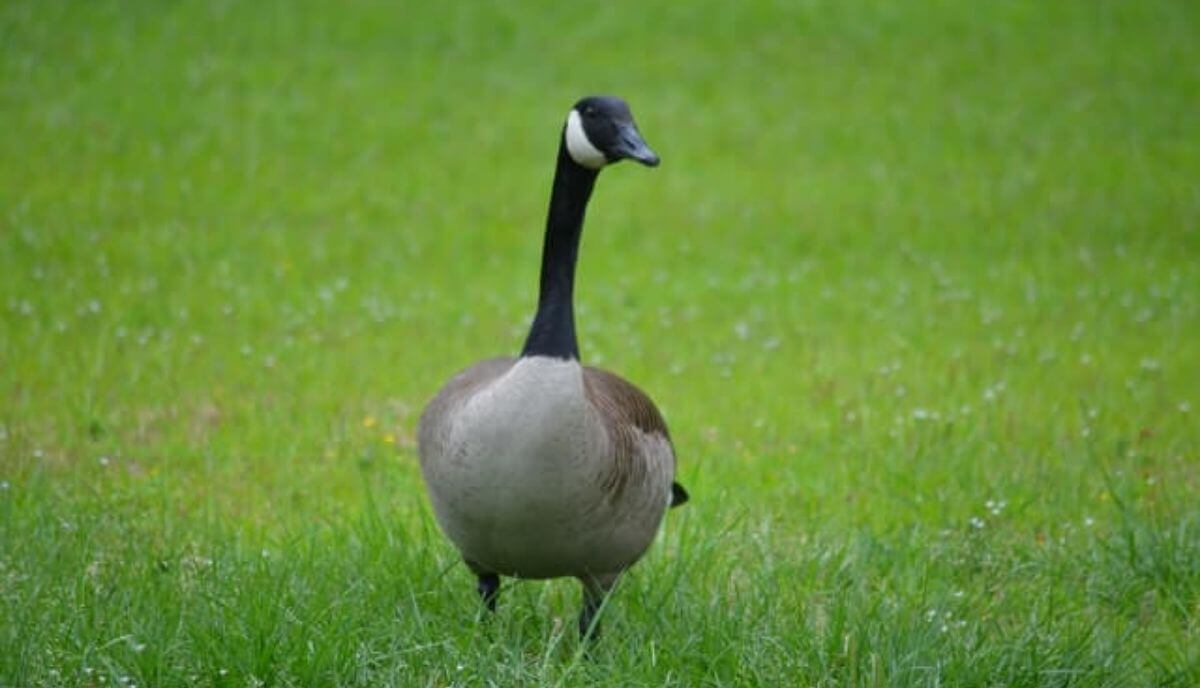 Geese are not usually considered to be the most majestic animals in the world, with their comical waddle, loud honking, and bad-tempered hissing.

But between the many different species living throughout the world, they possess a considerable degree of unappreciated beauty and charisma. This is particularly true of female geese, who are often overshadowed by their male counterparts.

Let’s shine the spotlight on these often undervalued animals and learn more about female geese.

What is a Female Goose Called?

When talking about geese, the male is referred to as the “gander”, while the female is simply called the “goose”. However, the correct term for a female goose is a “dame”. Telling the dame and gander apart can be tricky, and varies slightly from species to species.

In general, males are slightly larger than females and tend to be more vocal and protective.

Geese typically mate for life and raise their young together, with males guarding the female while she is incubating their eggs. It is not uncommon to see an entire family unit together, and both parents are very protective of their young.

There are many different species of goose, both wild and domestic.

Domestic geese are descended from graylag geese and are used for meat, feathers, eggs, and occasionally guarding other animals.

Now that you’ve learned some basic details about female geese – let us explore further and learn other facts about this popular poultry.

Size and weight vary considerably between species. Domestic geese are the largest, as they have been bred for their meat.

There is little difference between a male and female geese, and both can weigh up to 22lb (10kg). Wild geese, on the other hand, are smaller and display more sexual dimorphism, with males being between 10% and 25% larger.

Female geese have a wide range of different plumages, varying from species to species, though they are usually almost identical to males in color.

Greylag geese, the domestic goose’s wild ancestor, are dappled in different shades of grey and white, with pink legs and bills.

The Canada goose is brown and white, with a black head and neck, and a striking white stripe around the chin.

Domestic geese are often white, with orange bills and feet. There are also breeds of domestic geese, which have been bred to have unusual plumage, such as different color morphs or extravagantly long and fluffy feathers.

Geese are said to mate for life and are generally monogamous – although the occasional extra-marital dalliance does occur. Once a goose has found a mate, they come back together year after year, usually until one of them dies.

Occasionally, a pair will divorce (this is the technical term, believe it or not!) and find new companions, but this is rare.

Monogamy is beneficial, as geese raise their young together, and the more they learn to work together, the better they get at doing it. Around mating season, the male courts the female to persuade her to mate.

The female goose then selects a nest site and builds it, with the male standing guard over her right up until the eggs hatch. The couple then takes care of their babies together until they are ready to fend for themselves.

In this section, we are going to cover some of the most commonly asked questions about female geese.

Female geese are less aggressive than males, generally speaking, although they can be aggressive if provoked. All geese are territorial and highly protective of one another and their young. If they feel threatened in any way, they will certainly defend themselves.

However, if there is a male goose around, females usually leave it to him to do the protecting, preferring to avoid confrontation.

Interestingly, geese are often used as guard animals, because of their territorial and protective nature. They alert humans to intruders and even protect more vulnerable animals they live with, such as chickens.

Yes, female geese do hiss, just like males. This is a sign of aggression and is most commonly used to intimidate animals or people the goose feels threatened by.

Geese are highly protective over their nests, babies, partners, and territories, so if any one of these comes under threat, geese will hiss and flap their wings as a means of defense.

Both genders also hiss during disputes with one another, generally over food, or if one offends the other (by commenting on its weight, for example).

Some goose owners remark that geese often hiss when demanding food, like an angry toddler.

Related: Are Geese Dangerous to Humans?

The Difference Between Male and Female Geese

There isn’t much difference between domestic ganders and dames, although it is possible to tell them apart. Female geese are typically smaller than males, with shorter and more slender necks.

Interestingly, unlike many other animals, the voice of a female goose is actually lower-pitched than that of a male, not higher. Females are also shyer than males, and will often hide behind them for protection.

Around mating season, dames may exhibit a bald spot on the tops of their heads. This is because the gander bites down on the feathers in this area during the mating process, sometimes pulling them loose.

Males are more vocal and aggressive than females, and will typically try to drive off threats by hissing or biting, whereas females are more likely to hang back and avoid danger.

And there you have it. A female goose is called a dame, while the males are called ganders.

Did you already know but simply couldn’t remember it?

In any case, we hope this article was useful and fun to read. At the very least, you have upgraded your poultry knowledge.

Thank you for reading. Here’s another recommended read on the same topic: What is a Female Tiger Called?