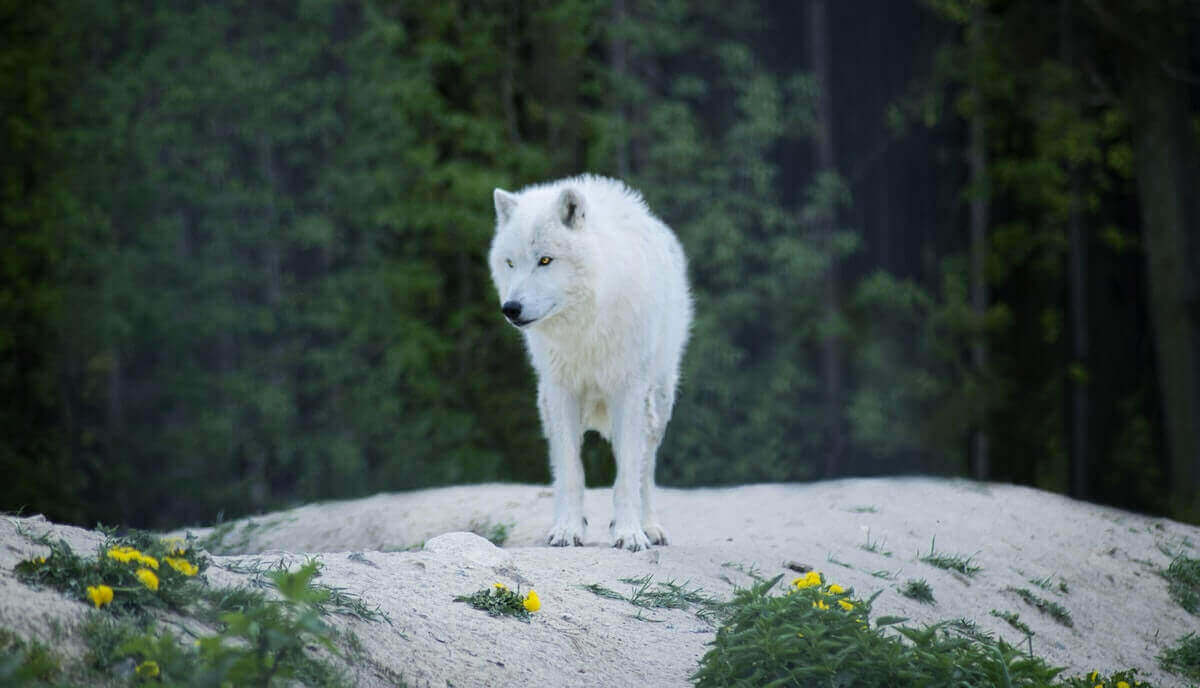 Primarily known as intelligent animals, wolves are often misunderstood and portrayed as blood-thirsty beasts. The truth is they are very social animals who have shown high affection and emotions towards pack members.

Yet, like every carnivore, they hunt and eat other animals. But what about snakes? Do wolves eat snakes?

Yes, wolves eat snakes. However, snakes are not the main food source for the wolves, and they will eat them occasionally. Snakes are too small to feed the whole pack. An average wolf can eat around 10 pounds of meat every day, alone. As a result, wolves usually hunt big hoofed mammals, and they will eat snakes only when the opportunity arises.

Wolves are not picky when it comes to meat. Especially during wintertime, when food is scarce. As a result, if a wolf gets a chance, it will kill and eat a snake.

Yet, these canines live in packs, and in order to survive, they need larger prey. Depending on the wolf species, an average wolf pack consists of six wolves. As we mentioned, the majority of their diet comes from big animals. Such as elk, deer, moose, and bison.

These animals offer a lot of meat sources and are perfect for pack families. Sometimes when there are no other wolves near, there are plenty of big prey animals. A single wolf pack can count as many as 35+ members.

Now, wolves are known to be very opportunistic. Meaning they will seek the opportunity for the easiest way to please their hunger. If that opportunity is a snake; they would gladly take it.

People often believe that eating venomous snakes can cause death to animals that have eaten them. Which is actually not true.

Wolfs do eat venomous snakes. Snake’s venom needs to be injected into an animal’s bloodstream for the venom to cause deadly consequences.

In other words, if a wolf ate a venomous snake, the snake will be digested normally, the same as non-venomous.

Unless a wolf had an open sore somewhere within its system. In that case, the poison will reach the blood through a sore, which can lead to fatal scenarios.

Meaning they don’t mind eating the carrion, regardless of how rotten is the flesh. As long as it can help with the hunger – they’ll eat it.

The same goes for snakes, dead or alive; wolves would eat them. Also, most of the time, it is easier for wolves to steal prey than to hunt by themselves.

Whenever they get the opportunity, they will try to snatch it from other animals. Usually, wolves steal food from coyotes, foxes, and bears. Even though wolves are great hunters, they are only 14% successful in their hunting ventures.

And since wolves are social species, it is not hard for them to drive away other animals that are usually solitary and are unable to defend their catch alone.

How do wolves hunt snakes?

Wolves have an exceptional sense of smell. In fact, when we compare it to our smelling abilities, wolves have 100 times greater smell receptors.

Which is the most important characteristic when they hunt. Once the snake is spotted, a wolf will try to grab it by the head while holding its body with its front legs.

Wolves have sharp, deadly canine teeth and a biting capacity of 1,500 PSI (pounds per square inch). Their jaw pressure is so strong that it can crush bones in few bites.

Once the snake ends up in the wolf’s mouth, the game is over.

No, snakes do not eat wolves. Large snakes like pythons, anacondas, and boa constrictors are not native to South America.

Most snakes that are capable of eating a wolf live in warm climates. As opposed to grey and timber wolves, which usually inhabit colder areas.

So, there is little to no chance of wolves meeting the snakes that can eat them.

Now, there are snakes in a colder areas, but they are not a threat to wolves. Those snakes are too small, and they usually end up being eaten by wolves.

Are snakes afraid of wolves?

Most of the time, snakes will try to stay away from wolves. Wolves are bigger, stronger, and noisier, so snakes would not go near them.

Does this mean they are afraid of wolves? Probably. However, in case a wolf attacks a snake, a snake will defend itself, despite its inferiority.

In conclusion, wolves do eat snakes. However, they do not eat snakes as often as other animals. Yet, having in mind how opportunistic wolves are, they will eat snakes whenever they get the chance.

If you enjoyed this wolf article, you may also be interested in similar posts. Here are some other recommended wolves posts: