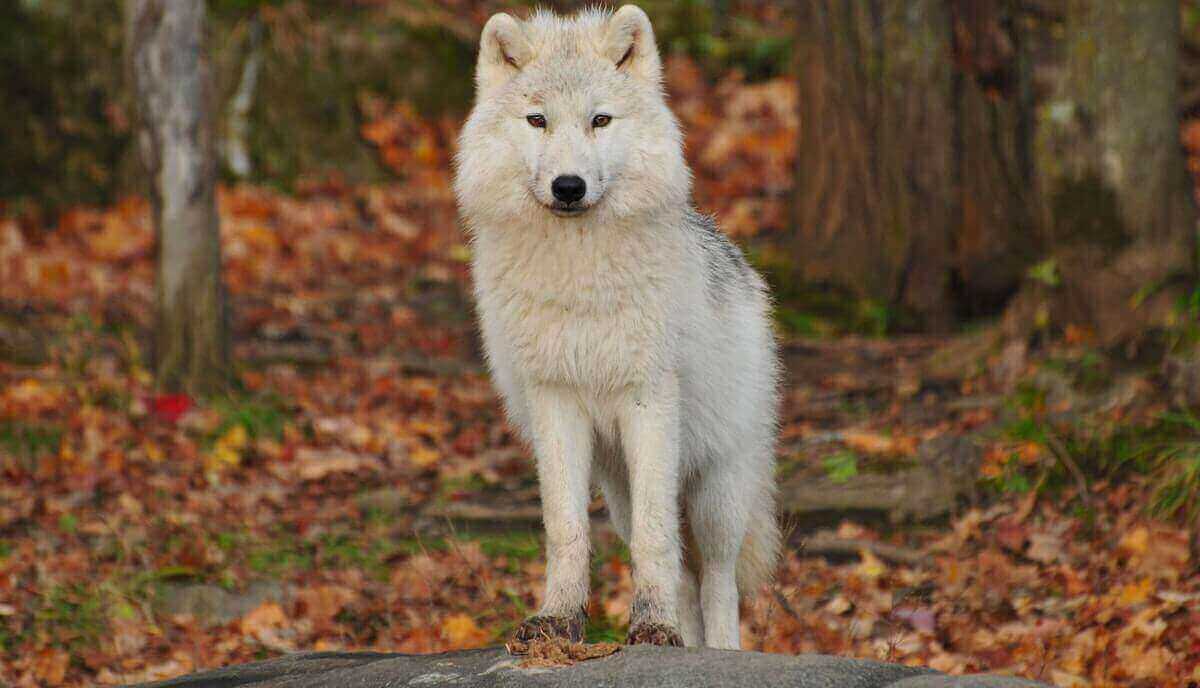 These majestic animals are among the most popular wild animals on the planet. This is not surprising; wolves are intelligent, complex creatures whose social life is studied extensively. Their hunting skills are off the charts, and they rule every territory they inhabit.

But can they hunt in the water? Do wolves eat fish?

Yes, wolves do eat fish. Wolves are carnivores, meaning they eat meat as their primary source of food. They like to eat all kinds of meat, and fish meat is not an exception to this. At a certain time of the year, wolves in the wild would rather eat fish (salmon) than deer or moose.

How do wolves catch fish? What type of fish do wolves eat the most? How much fish can a wolf eat?

What kind of wolf eats fish?

Gray wolves are wolf species that eat the most fish. However, all wolves enjoy eating fish, but the location of the wolf’s habitat and fish availability plays an important role.

These magnificent animals are very smart and elegant predators. And they tend to hunt within 1,000 square miles.

Gray wolves weigh between 50 and 110 lbs. and they are the largest canid species. They are also the most common types of wolves – and the majority of them inhabit Asia, Canada, and the United States.

What type of fish do wolves eat?

Wolves eat all kinds of seafood. They have been observed to feed on walruses, seals, beluga, and gray whales. As for the fish, wolves predominately hunt and eat salmon.

There are five different kinds of salmon in Alaska, and since this state is home to the world’s majority population of salmon, it is perfect for native wolves.

However, there are a lot of different fish types in the sea, yet, salmon seems to be mostly consumed. Not only by wolves, but birds, scavengers, and other carnivores alike.

Do wolves only eat the heads of salmon?

Usually not, but sometimes they do. When there is a lot of salmon available, wolves have been noted to bite off and eat only the heads of the salmons.

It is believed that wolves only eat the heads of salmon because their bodies contain a lot of fat. On the other side, salmon heads are more nutritious, and more beneficial for wolves, and probably much tastier.

Do wolves eat a lot of fish?

Adult wolves can survive on two and a half pounds of meat per day. Yet, in order to reproduce successfully, they need seven pounds of food a day.

However, the most that a fully grown wold can eat in one sitting is about 22.5 pounds (source).

So, depending on a wolf’s hunger and the size of a salmon, a single wolf can catch and eat 30 to 50 salmon per serving.

In terms of wolves’ total diet, salmon make up from 2 to 16 percent of total food intake. Yet, during the peak of salmon availability, this percentage can go much higher.

Wolves are not picky eaters; they like eating all kinds of meat sources.

In general, wolves mostly hunt big hoofed mammals. Living in packs is not always easy, and their existence largely depends on the catch.

For instance, some wolf packs can count more than 30 members. The bigger the prey, the higher the chances of their survival.

Now, what’s interesting, zoologists thought that wolves are going after salmon only when big animals are scarce. Yet, further research has found that after salmon becomes obtainable, wolves change their foraging behaviors.

This can be attributed to the fact that catching fish is easier and less dangerous than going after big animals. Many times, wolves suffer injuries, and some of them even die when trying to take down those big animals.

Or wolves just like eating fish more, so they prefer to fish salmon in the autumn when it is available.

How do wolves catch fish?

When going after larger prey like moose, deer, or elk, wolves have completely different hunting strategies as opposed to hunting smaller animals. When it comes to large animals, wolves will hunt in packs, and they will chase them until exhaustion.

On the other side, when hunting smaller animals, like fish, otters, or beavers, wolves usually hunt alone. In that case, a wolf will try to capture prey using a stealth approach with a lot of patience.

As we mentioned earlier, the majority of fish that wolves eat is salmon. And wolves will start to fish for salmon when they start migrating from the sea up to the river (from September through November).

At first, it was believed that the wolves were only scavenging salmon carcasses. However, they are involved pretty much in fishing.

These smart canids will catch salmon in shallow water on a low tide. Fish gets trapped in tidal pools, making them easy prey for the hungry wolves.

Wolves use both visual and sound clues to find the salmon. Once the salmon is spotted, wolves would pounce inside the water and grab the fish with their teeth. Salmon is taken on the shore for consumption.

The wolf’s biggest fishing competitors are bears, and often a bear will drive away a wolf from good hunting spots.

Wolves eat fish, although a wolf habitat, another prey availability, and time of the year are important factors determining how often wolves eat fish.

The most common type of fish that wolves eat is salmon. However, they are not choosy eaters, and they would eat any easily obtainable meat source.