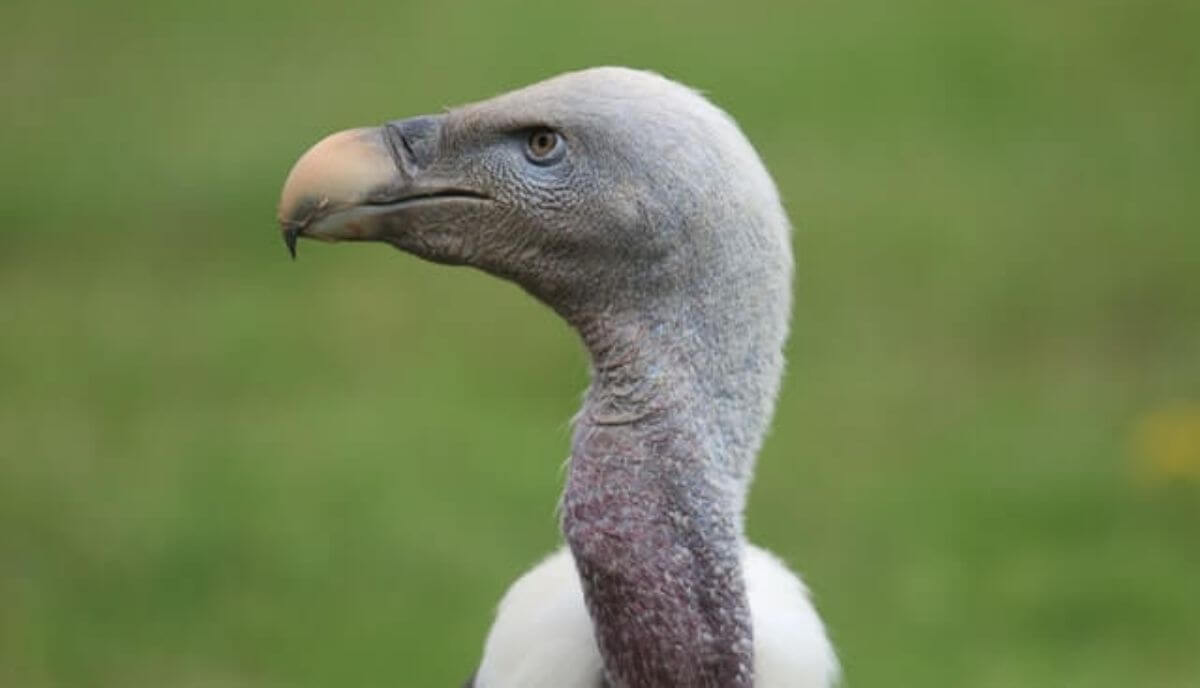 Vultures are large scavenger birds known for eating dead organisms. Due to their size, appearance, and feeding habits, many people fear them.

But besides their bad rep, is there a legit reason to be afraid of vultures? Do vultures attack humans?

Despite their bad reputation, vultures never attack humans. Vultures might be menacing to look at, but they are neither interested nor capable of attacking humans. Since vultures only feed on dead animals, they have no intention of harming people, and there are no reported cases of attacks on humans.

The looks are quite deceptive especially in the case of vultures because they look ‘evil’ and threatening to a human. But, the reality is that they are one of the most harmless birds of all.

By genome, they eat only dead creatures and are not part of the hunting category, like birds of prey.

Although very few species of vultures are known to hunt small prey, they mostly prefer dead animals for their food. Vultures do not prefer live prey, and on top of that, humans are bigger and more powerful than these birds.

So naturally, vultures do not attack people, unless provoked in some manner threatening the livelihood of the bird.

Still, these harmless birds may cause trouble when they are living in a human neighborhood. They have some uncanny and disgusting habits, such as vomiting for self-defense and excreting on themselves for body temperature regulation.

All these habits tend to create some sort of damage to properties.

No, vultures are not dangerous; they are some of the most harmless birds in the world. Many of us might associate vultures with danger because of their scary appearance, however, these birds are not only harmless but they also help humans and their surroundings by playing the role of natural garbage collectors.

Vultures help create a balance in our environment by collecting all the animal and human waste worldwide. They do have an intimidating presence, and some species are found to be aggressive, especially when they are feeding.

All the new world and old-world species put together, there are 22 different species of vultures roaming all over the world.

Vultures do not possess any physical attributes to attack and kill a human or any larger prey. They only have the tools needed to tear down a dead animal and consume what is left of it.

They belong to the carnivorous bird family but do not hunt down their prey for consumption.

Vultures are not dangerous to humans, but they are quite smart! They roam around in the air for hours when they sense a dead animal or creature on the ground and only approach the scene if they do not find any movement in the dead animal.

Only very few vultures make the move of approaching the dead one first, and others follow only if they deem it to be safe.

The only disgusting defense tool it has is projectile vomit, but even that is not harmful to humans and cannot be considered life-threatening.

Vultures are vulnerable species of birds and they need conservation badly to establish a balance in our environment.

Vultures might eat humans only if they are dead. They prefer dead leftovers, and if there is a dead human body, then vultures won’t hesitate to eat it. These creatures are born naturally with an instinct to consume dead organisms, so eating a dead human is common and nothing amusing.

The sharp beaks help vultures in tearing down dead prey, and they usually eat their prey from the bottom up i.e. from the anus. Externally, look-wise, they might be intimidating and life-threatening, but they do not have any physical qualities to back that up.

They are carnivores but with an instinct to only consume dead animals and bodies. As per one of the recent research studies conducted in the US, it was estimated that a flock of vultures ate a dead human body in under 45 minutes.

On the other hand, consuming larger prey like cattle or other large mammals might take hours. The timespan also depends on the number of vultures consuming the dead organism.

Vultures are highly sociable, and they always travel in flocks, with multiple birds moving together. They even carry along the weaker birds who might not be able to manage in the wild on their own, and share the meal to keep their group strong and healthy.

Related: Can You Eat Vulture Meat?

In this section, we are going to answer some frequently asked questions regarding a potential vulture’s danger to other species.

Vultures cannot kill humans as they are not equipped with any kind of physical attributes or instincts to hunt or kill a human. They could only consume a dead human body. A flock of vultures might look life-threatening, but they are not threatening creatures and do not pose any danger to the human race.

Vultures are clever, and they are fully aware that humans are much larger than them, so even if they wanted to, they simply do not have what it takes to take down a person. There is no scientific evidence to support this argument too.

Compared to other carnivorous birds, vultures do not have strong feet. They have flat feet, which can be used only for hopping and walking on the ground.

Carrion feeding habits, weak physical attributes, and lack of motive are major reasons why vultures do not ever try to attack, let alone kill humans.

Vultures do not attack live animals, and only a few incidents were reported in some parts of the world regarding vultures attacking small livestock. They do not possess some of the strong hunting physical features like other birds of prey.

The flat and weak feet do not help vultures in hunting, which is the reason why they do not attack live animals most of the time.

Interestingly, vultures do have the strongest beaks of all carnivores, which are equipped to tear down the flesh of even dead animals, which mostly would be harder to tear.

The vultures themselves are aware of it, which is why they prefer their natural habit of eating dead animals.

Vultures are harmless to humans and other animals. There is no scientific evidence supporting the claim of vultures attacking humans, both in the past and present. Their physical appearance and highly sociable character might be intimidating, but they do not ever harm people.

And there you have it. If you have feared whether vultures will attack you – now you know that it is virtually impossible.

Thank you for reading. In case you liked this article, here’s another popular read: What Animals Eat Vultures?