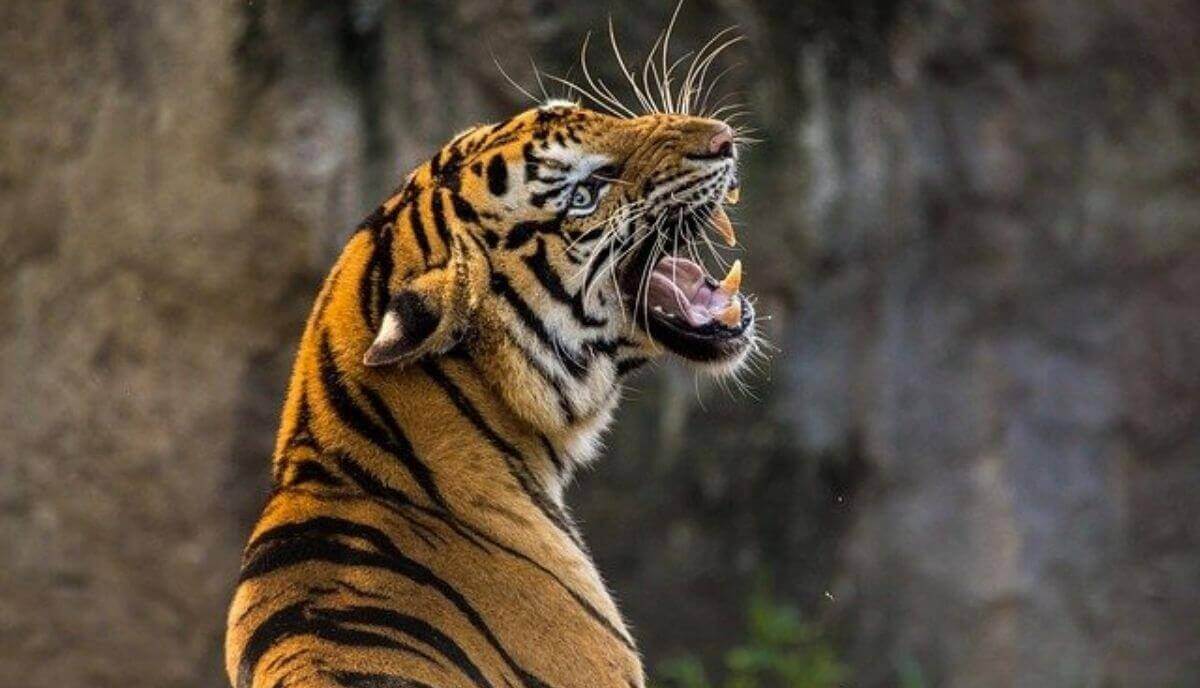 Tigers are the largest species in the feline family, and they are easily identified by their orange and black striped fur. Like zebras, tiger stripes are unique to each individual.

These big cats are solitary species and stealthy in their movements, and their vocalizations can be rare to hear. As a result, a lot of people have no definite answer about do tigers roar.

So, let us take a look at what the actual picture is in this regard.

Like other big cats, tigers do roar, and according to animal experts, the roar is so strong that it can paralyze the animal that hears it. Tigers usually roar at other tigers, and the peak power was measured around 300 hertz. However, tigers can also roar in the frequency of the sound that is less than 20 hertz, which falls in the category of infra-sound. Tiger roar sounds can travel distances of about 2 miles.

Why Do Tigers Roar?

At first, it was thought that tigers roar at other animals. However, further studies have shown that the roar is directed towards another tiger. Let us explore further the three main reasons why tigers roar.

One reason a tiger will roar is to attract attention. For example, a female tiger will roar at her cubs. When cubs are born, they remain with their mother for a period of between 2-3 years.

During the first 6-11 months of life, the mother will train them to hunt, as this is very crucial to their survival. One roar may be used to ensure that the cubs follow the mother’s directions.

Another type of roar may be used to encourage the cubs to try something new. By the time tiger cubs reach 18 months, they are fully independent.

Another reason tigers would want to attract attention by roaring is to identify themselves to other tigers in the area. This is especially crucial when it comes to territories.

Adult male tigers mark out territory for themselves depending on the availability of prey. In such an instance, a roar will not only identify one tiger to another but also tell their exact location.

Tigers are solitary and generally avoid unnecessary conflict, preferring to ‘warn’ or ‘scare off’ other tigers. Watering points may be a shared resource, and an identifying roar may grant a tiger safe passage across another’s territory to water.

Tigers will also roar when they find themselves in hostile or threatening situations. One of these instances could be when territorial conflict occurs between two tigers. These conflicts can be quite vicious and often will result in serious injury or even death.

Although rare, other large animals like elephants and bears may pose a threat to tigers, in case they are weak, due to sickness or malnourishment.

Read Also: How Do Tigers Protect Themselves?

There are different ways of measuring the roar of an animal. Both the lions’ and the tigers’ roars are pretty loud; 110 – 114 dB, similar to the sound of an ambulance siren. Other sources indicate that this volume is similar to being in the gallery section at a rock concert.

When measured by bitch, a lions’ roar vibrates between 40 and 200 hertz, whereas a tigers’ roar is between 83 and 246 hertz. In comparison to humans, the human adult males’ vocal vibrations range between 100 and 120 hertz, whereas females’ range from 200 to 250 hertz. This means that a lions’ roar will sound deeper than tigers’.

Additionally, a lions’ roar can be heard over a distance of 5 miles (8 km). A tigers’ roar in comparison carries over a distance of about 2 miles (3 km). However, a question would be raised a to whether these measurements are influenced by each of the species’ habitats, considering that lions live in more open spaces than tigers.

Finally, tigers will roar in general only out of necessity, their roar is a tool of communication, but considering their solitary lifestyle it is not as often heard. Lions, on the other hand, do much of their roaring as a function of their social structures, engaging at morning and evening ‘caroling’ seasons.

Do Tigers Roar Louder Than Lions?

The question of which roar is louder, lions’ or tigers’ is debatable. This is because both animals will emit roars reaching as high as 110 – 114 decibels. So, we can safely say that their roars are just about the same. The loudest roar that a tiger can emit is known as the “true” roar, by using the hyoid apparatus, and when it opens its mouth to its widest position, with its canines fully exposed.

Compared to other felines, the roar of the tiger and lion is attributed to the shape of their vocal cords. The other name of the vocal cord is the vocal fold. Among tigers and lions, the vocal fold is different from the rest of the species.

Most other felines have triangular-shaped vocal folds, whereas the lion and the tiger have square-shaped vocal folds. This structure enables them to increase the volume of the roar without exerting additional pressure on the lungs.

The ability to roar is what sets “big cats” apart from other cats. There are 38 cat species on the planet, but only the big four have the ability to produce roaring sounds, which places them apart from all other felines.

Here you have it, the answer to the question ‘do tigers roar’ is yes, although rarely heard. A tiger’s roar varies in volume and length, and at times, it will emit a series of roars in intervals. The messages communicated within these parameters are easily understood among tigers, but these roars also serve as a communication between tigers, and occasionally the roar is instructed to other animals.

An interesting thing about a tiger’s roar is that humans may feel the roar but not completely hear it. An average human can hear a sound that is in the frequency range of 20 – 20,000 hertz.

Scientists strongly believe that infrasound is the missing link that is crucial for fully understanding tiger communication.

Thank you for reading. If you liked this tiger article, I would like to recommend you another similar read – Are Tigers Friendly?

Animal locomotion consists of different methods that animals use to move. Still, crawling animals have always been an interesting topic for discussion. In this article, we will cover 13 different… 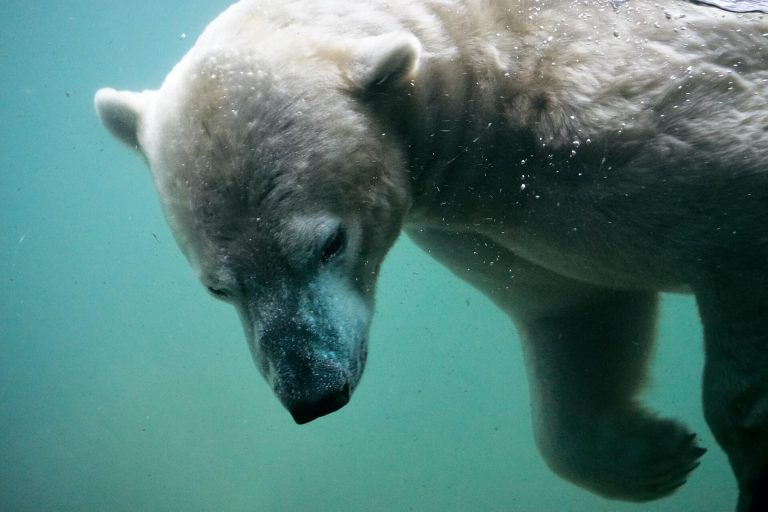 The polar bear is also known as an ice bear. It is the largest and most powerful extent carnivore on land. Bear’s power explains the fact that they do not have natural predators, except for humans. They are widely spread within the Arctic area, and they spend the majority of their lives on the sea ice. Polar bears are greatly equipped for water and ice. Their thick… 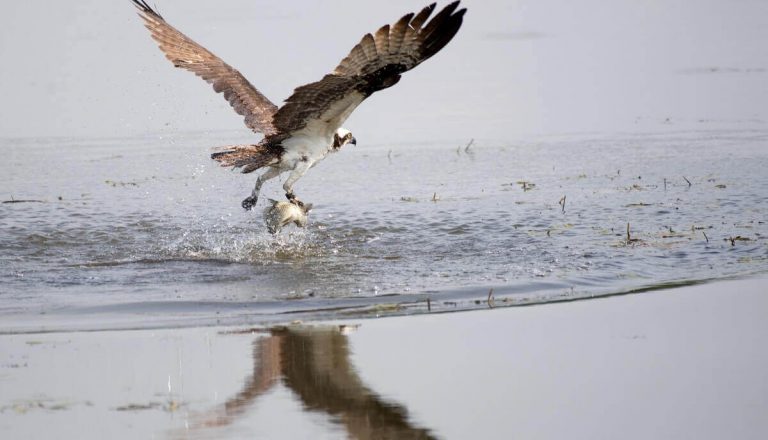 For many animals, fish comes as a supplement food to their diet. Yet, various animals eat fish as a staple part of the diet, and it is an irreplaceable source… 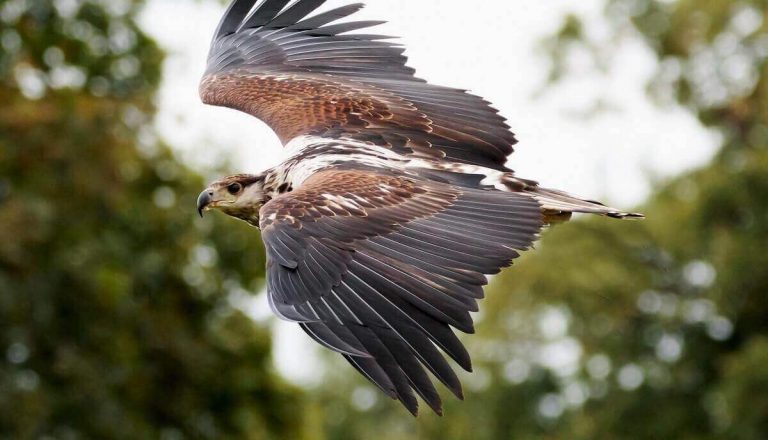 The red-tailed hawk is the most common hawk species in North America. These majestic birds of prey diets are very variable. Which indicates their opportunistic feeding behavior. They generally… 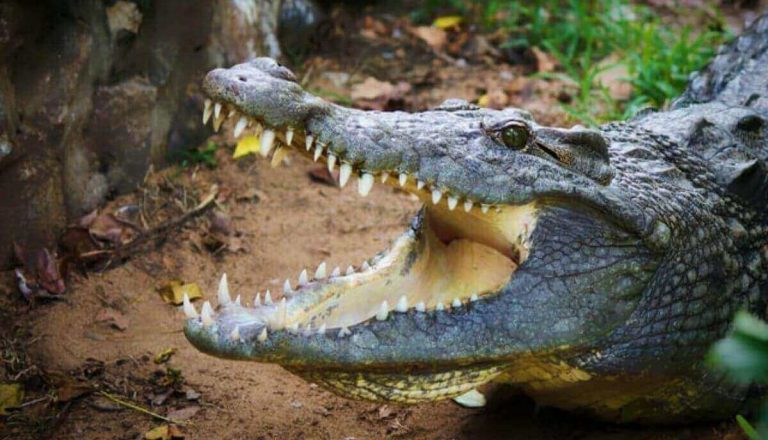 Crocodiles are some of the scariest animals that live in water. It is recorded that they are 100 times more dangerous than sharks, so there is a genuine reason to… 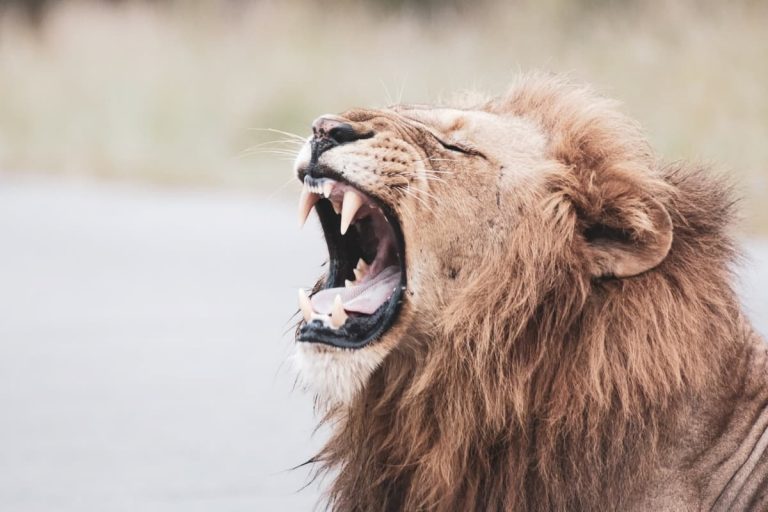 We are all familiar with the saying: “do not try to fight a lion if you are not one yourself”. Lions are fearless and powerful, and that’s why other animals…