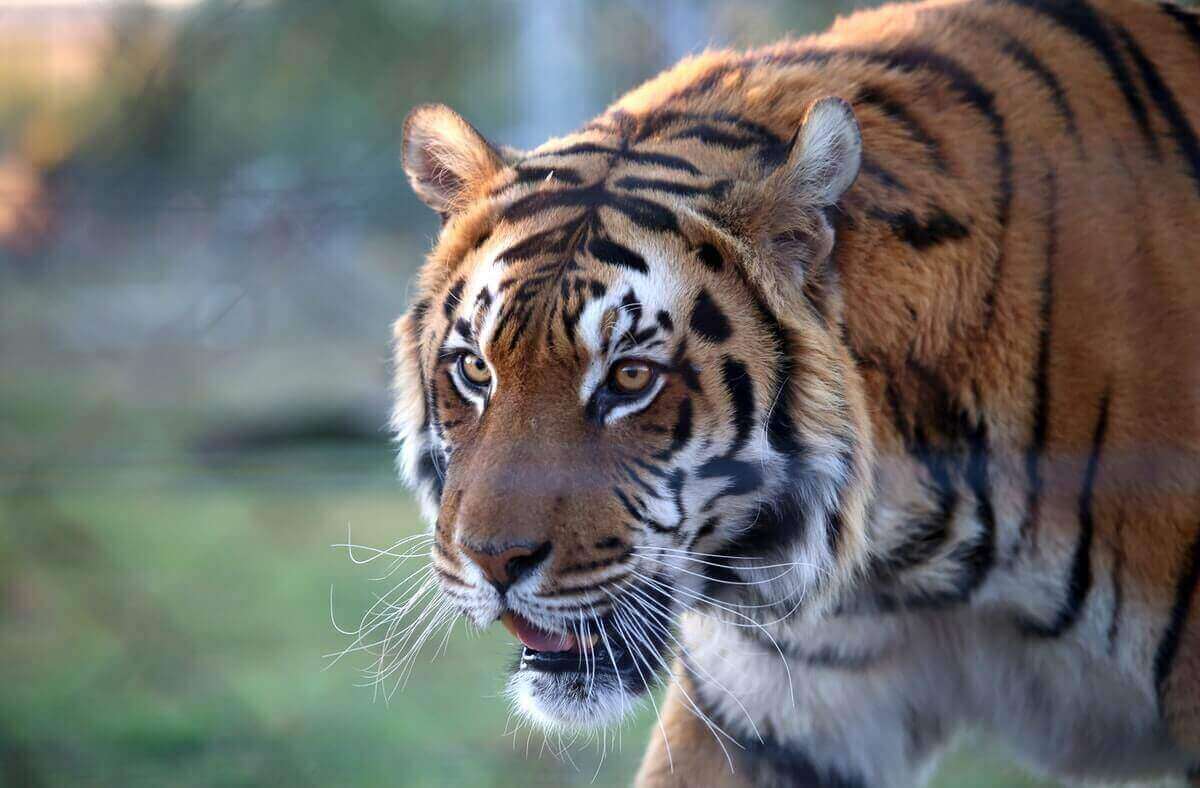 Unlike lions who hunt in prides, tigers tend to roam all alone. They are apex predators who are capable of defeating even bears. But if push comes to shove, do tigers opt to kill and eat their young?

Yes, tigers eat their young, and there are several reasons for doing it. The main reason tigers end up eating their babies is when they behave strangely or simply have some sort of physical disability. In that case, the tigress will lose its parental instinct and eat its offspring. Other infanticide reasons are related to starvation or a new matting opportunity.

Keep reading as we are going to uncover in detail the reasons tigers kill and eat their cubs.

Why do Tigers Eat their young?

There are various reasons these big cats opt to eat their young and, to us, it may look unnatural and cold, but life in the wild is often very cruel.

Research shows that not only do they kill their cubs but also other tigers’ offspring as well. If they are determined and hungry, tigers can eat just about anything, from snakes, vultures, eagles, pythons, and crocodiles.

But why would they choose their offspring if there is a wide range of choices in the wild?

It is Natural Maternal Behaviour

Biologists suggest that parental infanticide, a mother killing her young one, is common among tigers as it is part of “normal” maternal behaviors.

This natural maternal behavior mainly occurs if the mother desires to make adjustments to her litter size by killing some of her cubs to suit her ability to raise more offspring.

According to nature, there can never be more tigers at the top of the food pyramid, and that’s why it narrows upwards. When the young ones are born, they become a threat to both the female and male tigers.

For this reason, the tigress will devour those it believes will not grow to become perfect tigers. Thus it eliminates any possible future competition of resources by killing the weak cubs that will not mature into strong tigers.

The Cub may be Unhealthy

In such as case, the cub may also have deformities, and for this reason, the tigress will kill it to eradicate the struggles the cub might face while growing up.

Also, as we have mentioned earlier, the cub anomalies may lead to the tigress killing it due to losing mother instincts.

Being in the wild is a matter of survival of the fittest. The tigress wouldn’t want to see the cub struggling to fit in the wild full of predators ready to devour on the weak.

When the female gives birth to a single cub, it will kill it because scientific research shows that when the female tiger does not have any babies, it will be on heat and desire to mate.

Thus, the tigress would kill the only cub it has in order to be able to mate again and get new offspring. It might be strange and cruel, but that’s what happens in the wild.

Scarcity of food causes a tiger to feed on its young ones. It is a natural phenomenon for any mammal in the wild to feed on its offspring when it’s starving.

After all, the chances of survival of the cubs are likely to decline when the mother dies of hunger. In such a scenario, the tiger might also attack its cubs, thinking they belong to another tiger.

Killing its own babies and then consuming them may seem cold and natural, but there are reasons behind it. Infanticide is not only seen in tigers. This kind of scenario is also noticed in other big cats, bears, canids, primates, among many other species. Cubs are resources and in case survival is difficult and questionable, it seems normal for mothers to cut down “unnecessary” resources. Unhealthy infants are also frequently targeted, and they usually end up early before reaching maturity because mothers would most likely eat them.