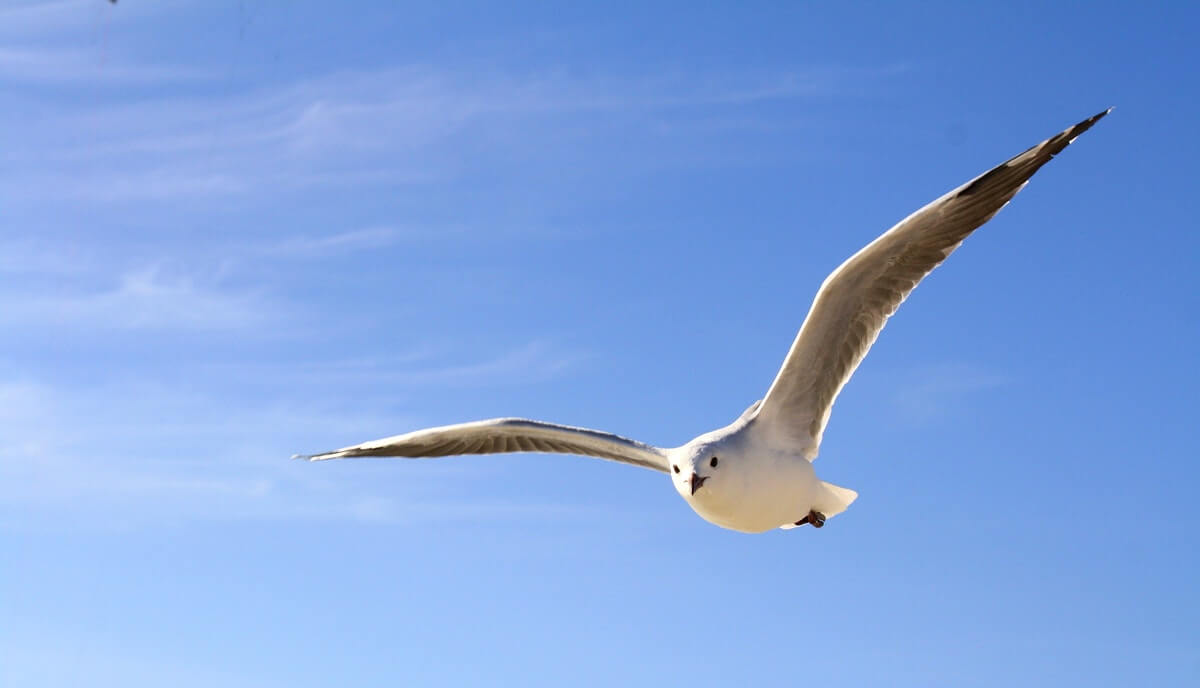 Seagulls belong to the seabirds clan; they spend most of their lives within the marine habitat. These aerial birds are very flexible eaters, and they take a broad range of prey.

Do seagulls have ears?

The shape and location of birds’ ears are different from other mammals. Which made us question if gulls have ears? But they do. All birds have ears.

Hearing is the second most important sense for most birds. Seagulls communicate in many ways. It would be impossible for them to live without ears and a sense of hearing.

Yet, their sound frequency is smaller compared to humans. However, birds have better sound recognition abilities.

In mammals, an external ear structure is crucial for noticing where does sounds come from.

Yet, despite not having an outer ear, seagulls, and birds, in general, have the ability to detect sound direction. German scientists in research on several bird species found out that the shape of birds’ heads has an important role in this process.

Gulls are very social beings. They live in flocks (colonies) that consist of a few individuals, up to a hundred of thousands.

Despite the fact that seagulls fight, squeak, and even steal each other’s eggs, these birds cooperate in a special way.

Their partnership and teamwork are very useful against predators. When under attack, seagulls gather up in hundreds against intruders. 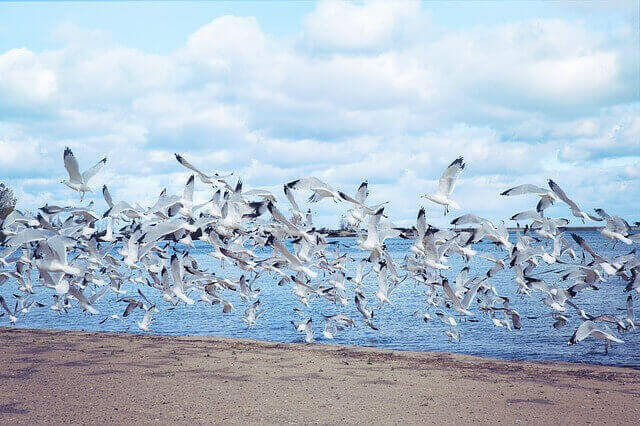 They can drink saltwater

Seagulls are among very few animals that can drink salt water. Special pair of glands above their eyes helps them get rid of the salt from their bodies. This superpower allows gulls to go far out to sea to find food and not have to worry about water supply.

Gulls’ are highly intelligent birds, and their mental abilities are demonstrated by their feeding behaviors. These seabirds are opportunistic feeders and they will eat just about anything.

Yet, their technique for cracking shellfish is unique. To access the meat inside the shellfish, seagulls fly high up in the air and drop shellfish onto hard rock surfaces in order to break them open.

Also, they have been observed doing “bait-fishing”. Gulls drop bread inside the water to lure the fish.

They also catch fish by diving in the water, reaching speeds up to 60mph. Before plunge-dive, gulls fold their wings straight back, enabling them to dive into the water perfectly. Diving up to the depths of 40 feet.

Gulls are also known to fool earthworms to come to the surface by imitating the rainfall. Seagulls would stamp with their feet on the ground and wait for their prey to come out.

These smart birds also use various strategies to steal food from other animals.

Plankton drops deeper into colder water, and fish who feed on plankton also drop deeper. This results in no food supply for surface-feeding seagulls, which entirely depend on fish.

They mate for life

Seagulls are monogamous and colonial animals. They usually mate only once. Yet, divorces happen, but not very often.

Gull pairs are very protective and carrying parents. Nesting in colonies, female gull lays 2-3 eggs. Both males and females incubate eggs, and together they feed and help chicks until they fledge. These birds also display a high grade of site fidelity.

They usually come back and breed in the same location within the same colony. The majority of gulls breed once a year. And breeding seasons last from 3 to 6 months.

In Native American symbolism, seagulls represent a carefree lifestyle, freedom, and versatility. Gulls are also seen as spiritual messengers. Associated with the power to see things from a different viewpoint.

These birds have very advanced and complex communication methods. They use a broad range of vocalization and body movements to communicate in flocks.

Each individual has his own sound vocabulary. And they communicate for a variety of reasons, such as warning calls, mating rituals, food source location, etc. 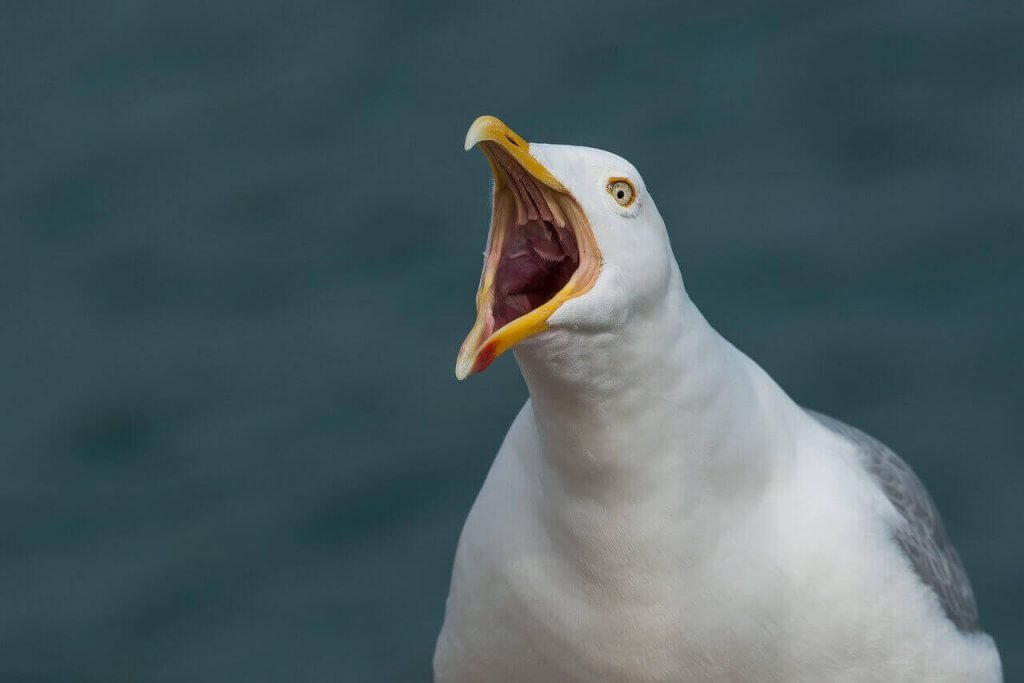 They stand on one leg

Gulls are in fact, not the only birds that stand on one leg. Standing on one leg helps gulls save their body temperature, and cut heat loss.

Due to the absence of feathers on legs, gulls can suffer great heat loss. Because of that reason, during cold weather, gulls put one leg within the feathers.

By bringing one leg close to their bodies, gulls don’t lose as much heat, as they would do with both legs exposed.

In this way, they reduce the heat loss by half and they manage to regulate their body temperature.

They live in each part of the world

Seagulls are one of the rare bird species that can be seen all over the planet. In the past, these seabirds would usually habitat alongside ocean shore.

Nowadays they are almost everywhere. Their presence is even noted in the margins of Antarctica, and they are also found in the Arctic. Seagulls have been roaming the planet for over 30 million years.

Despite being disliked by many people and referred to as “rats of the skies,” gulls are a necessary addition to the ecosystem. They are often found consuming dead animal corpses and trash that humans are lazy to dispose of. And in this crazy world with trash and landfills everywhere, any critter that is willing to consume leftovers that we throw away plays a meaningful role in our ecosystem.