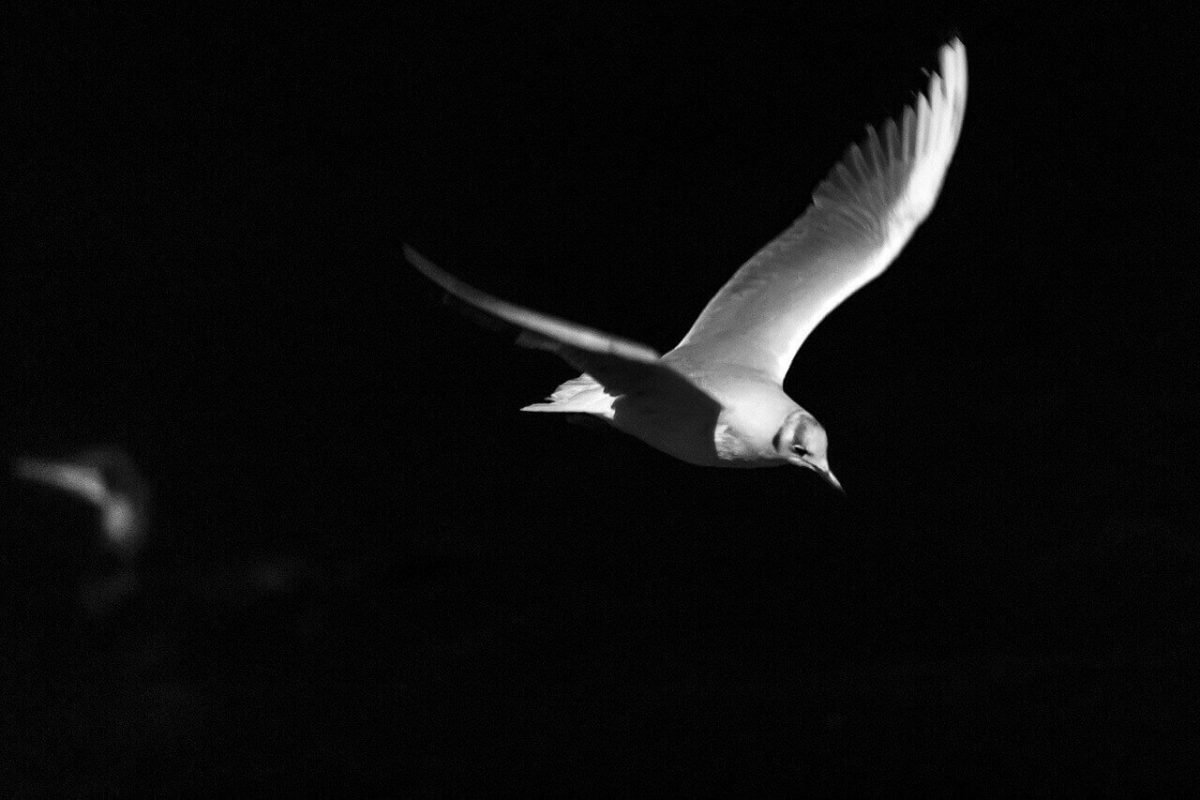 There are 18,000 bird species around the world. The vast majority of all species are diurnal, and they are mostly active during the day.

But what about seagulls, do seagulls fly at night?

Seagulls do fly at night, yes. Most seagull species are diurnal, and they do not fly as much throughout the night as they do during the day. However, some gulls can be very active at night. They don’t have a problem with flying at night, especially if there are city lights nearby.

In this article, we’ll talk more about seagulls’ night behavior and the reason behind their night activity.

Why do seagulls fly at night?

Sometimes gulls will fly out to the sea at night to keep themselves away from predators. They would roost on the ocean, where they are far away from intruders.

Yet, the main reason why seagulls fly during the night is that they know there is food around. They are more often seen at night in areas where is a higher human population.

Gulls are scavenger birds, and they would eat anything they could find. Their usual diet consists of fish, insects, earthworms, eggs, and sometimes even other birds.

On the other hand, they would also scavenge human leftovers, garbage, and other trash materials.

As a consequence of their scavenging habits, gulls would sometimes swallow plastic or other non-eatable matters, which many times lead to fatal outcomes.

Either way, seagulls would take advantage of bright city lights to find some additional food source.

Is it normal for seagulls to fly at night?

Seagulls naturally did not evolve for wandering during the night. For most types of gulls, eye pupils are too small to catch enough light to see at night. Also, their eye muscles are not strong enough to adapt properly.

They live in the Galapagos Islands, and they inhabit warmer waters. They feed on small fish the night during that come to the surface to catch plankton.

The majority of seagulls lack the ability to operate in total darkness. But with the presence of surrounding lights, gulls can fly at night.

Where do seagulls go at night?

Like most diurnal birds, seagulls usually sleep at night, and they are much less active when the sun goes down.

They sleep in a lot of different places. Usually, they’ll sleep in the water or in nests if they are protecting a chick. But they’ll also sleep on beaches or sand bars, parks, and rooftops of large buildings.

In other words, they sleep in broad open spaces, where other birds can warn them of possible danger.

Seagulls are very clever birds. They live in big colonies with up to several hundred thousand members.

They use their large numbers to help each other from intruders. If there is a danger around, they use different sounds and body movements to warn other colony members of potential danger.

Gulls are also known for their mobbing behavior.

When there is a predator near, seagulls will use vocal sounds to gather in big numbers. A mobbing would include physical harassment or flying towards a predator and emitting high-frequency disturbing sounds. Seagulls would even sometimes vomit directly on enemies.

Other birds that fly at night

Different birds fly at night for different reasons. As for the seagulls, they would sometimes fly during the night in brighter areas near seashores. Seagulls fly at night to get away from predators or to get food that is usually not available during the day.

Related Article: Do seagulls have ears?