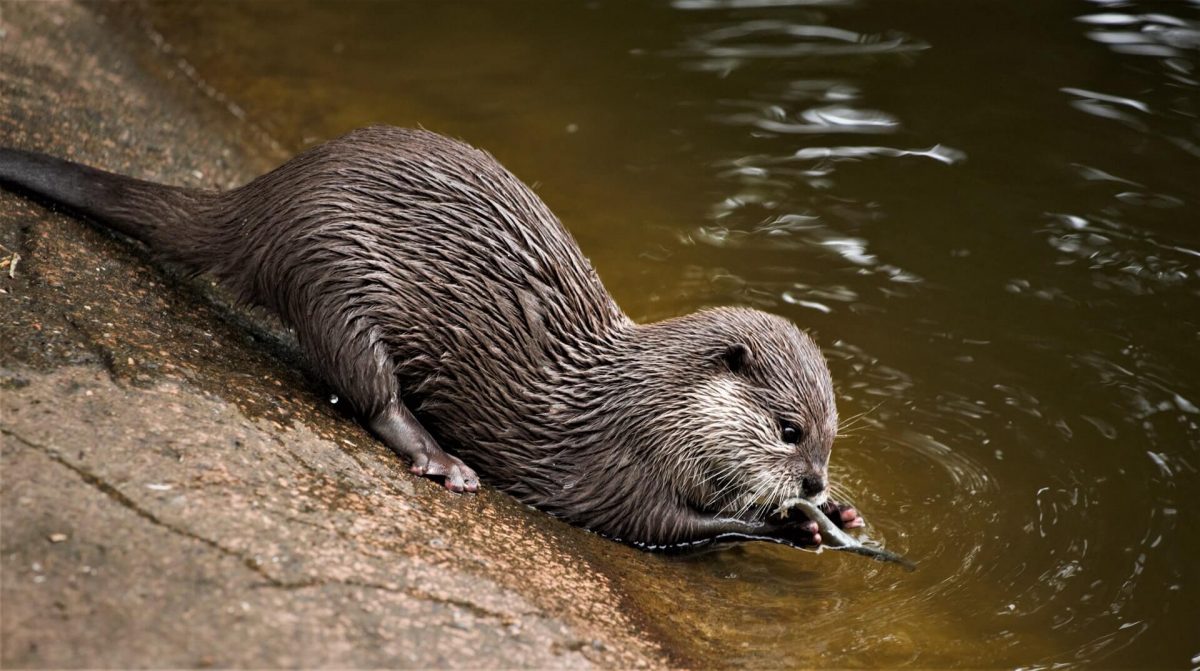 Most people would describe otters as cute and playful creatures. But they might not be as cute and nice to the animals these voracious mammals dine.

Otters are carnivore animals and very skillful beasts. Their number one go-to meal is fish. However, they will eat a different variety of aquatic prey, depending on the season and location they live in. I’ve wondered if otters eat turtles as well.

Here is what I’ve learned from researching:

Otters eat turtles even though their primary food source consists of fish, crabs, crayfish, and different amphibians. Otters are not picky eaters, and in addition to turtles, they will attack and feed on birds, rodents, and even snakes if they get the chance.

In this article, we’ll explore what animal species otters may eat, including turtles.

Turtles may not be the primary meat source for otters, but if there is a possibility, an otter will kill and eat a turtle. Otters are well known to be opportunistic eaters. That being said, in case of fish is unavailable, they will eat different wildlife.

In order to sustain themselves, otters have to eat daily up to 25% of their total body weight. As a result, these vicious predators will spend 5 hours per day detecting and hunting their prey.

How do otters kill turtles?

Even though it is not as common for otters to feed on turtles, they will once in a while prey on these reptiles.

However, it is pretty upsetting to witness otters consuming and murdering turtles.

What Other Animals Eat Turtles?

Snapping turtles live in shallow ponds and streams. A snapping turtle is an omnivore critter and will eat both plant and animal food. They are known to be the heaviest freshwater turtle.

Therefore, adult turtles do not have many predatory animals. Firstly, due to their big size; secondly, they have good defensive skills.

Yet, there are few animals that kill and prey on snapping turtles:

Do Otters Have Any Predators?

Otters are very fierce creatures. They are close to being apex predators in almost every habitat where they mix with other animals. Despite that, they are not the most powerful nor the strongest in the wild. For that reason, otters will oftentimes act in numbers to defend themselves.

But every predator is someone’s prey. And that is nature.

Besides humans, who are the number one otter’s predators, here are the main enemies that otters may encounter on land and water:

In conclusion, otters will occasionally eat turtles. When it comes to food, otters aren’t picky eaters. These furry mammals will mostly consume fish, but they will devour everything they can locate if they are hungry.

These aquatic creatures are amazingly strong for their size. With their powerful bite and razor-sharp claws, they are capable of defeating an alligator.

In the wild, sometimes the cutest-looking animals can be the cruelest ones.