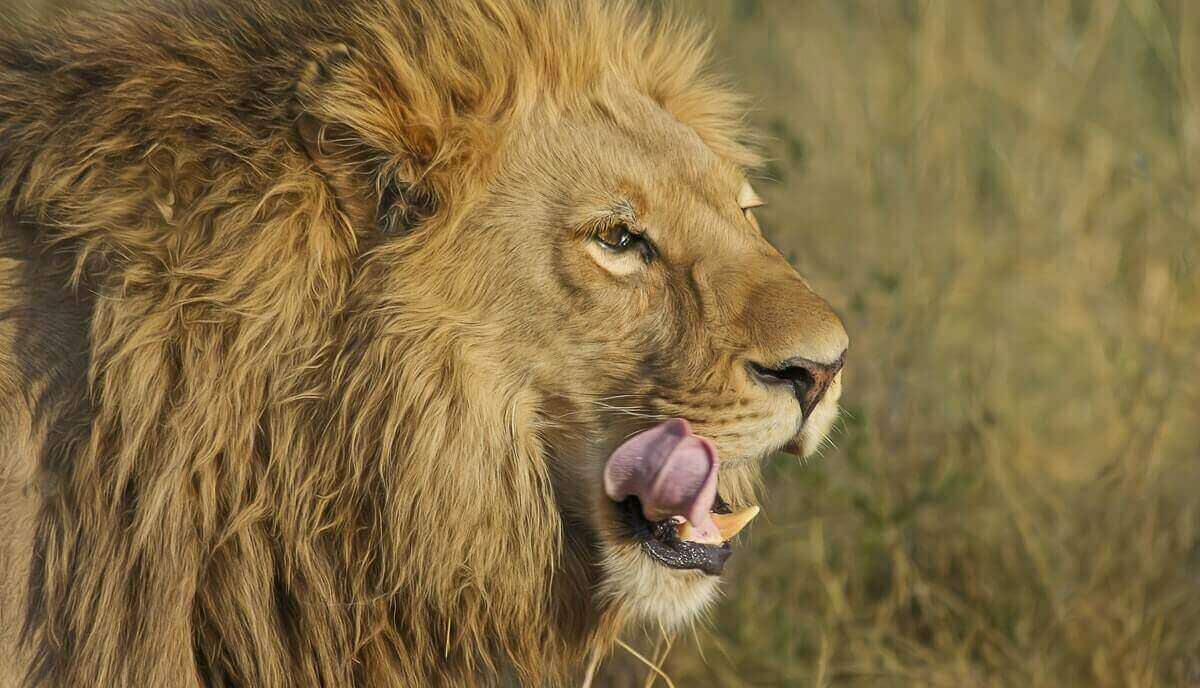 Life in the wild is ruthless. There are no rules in the wild. And every animal is led by the same instinct. Survival. For different wildlife, that means eating their own kind.

This brings us to the following question: Do lions eat other lions? Are Lions Cannibals?

Lions generally do not hunt and eat other lions. They do not prefer eating other predators’ meat unless they are in absolutely desperate times. Another reason why lions do not eat other lions is that they do not provide enough energy compared to other big mammals.

Why don’t lions eat other lions?

Big cats eat a lot. As a result, their diet consists of medium-large mammals.

The majority of those animals lions hunt are herbivores. Meaning they feed on plant matters. Herbivores are rich in fat, which is a necessary nutrient for lions’ diet.

On the other side, lions do not usually eat other meat-eating animals. In the wild, predators rarely eat other predators.

Even in the case when they eliminate their number one enemies (hyenas), lions wouldn’t eat them.

In general, lions do not eat other predatory animals, especially not their own kind.

Sometimes, in fights between the two males, one of the lions often suffers fatal injuries. The winner generally leaves the crime place without eating the carcass (unless it faces starvation and it needs to eat something or it would die).

Most of the time, big cats do not take part in cannibalistic behavior. The meat of another predator does not provide enough nutrition value. And also, it doesn’t taste good.

A carnivore would extremely rarely eat another carnivore, even though lions are known to kill other cat members like cheetahs and leopards.

In fact, lions have the reputation of killing any predator enemies whenever they can to display dominance.

But, they wouldn’t eat cats unless they needed food desperately, as we mentioned earlier.

In general, killing other cat species happen due to the nature of competition. And not as a food source.

Do lions eat their cubs?

A lioness would protect her cubs at any cost. Yet, occasionally lionesses are the ones that will end their cubs’ lives.

Even though infanticide is not as often, there are a few reasons why mother lionesses execute their offspring. Sometimes cubs behave in a strange way. Meaning they don’t respond to their mother as they should normally do. Or they have some sort of physical issues.

In that case, the lioness wouldn’t see them as her infants, and her maternal instinct wouldn’t be present.

In addition, if there is a lack of food supply and the lioness needs to choose between her, or her cubs, she usually decides that cutting infants would increase her chances of surviving.

To remove pieces of evidence and to prevent attracting unnecessary attention from different predators, the female lion end up eating its cubs.

Do lions eat other lions’ cubs?

Sometimes a lion would challenge another pride lion in a battle. In case a challenger wins in a fight, he takes over leadership of the pride.

Usually, a new alpha male would claim their territory by killing the former alpha’s cubs and sometimes even eat them. Since they are not biologically linked to the cubs, they want to make sure other lions’ genes will not be passed on.

Also, females are not ready for mating until they stop nursing. By eliminating cubs, the new alpha stakes his claim on the females.

However, this is not always the case. Sometimes mother lionesses would manage to convince new males not to kill cubs. If the new alpha accepts her offspring, he will spare and protect them.

From our perspective, infanticide is extremely brutal. Yet, it is a successful reproduction system considering lions’ lifestyles. 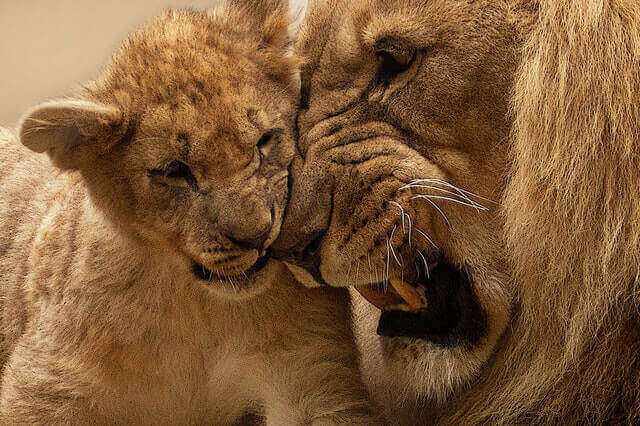 What do lions usually eat?

In the wild, lions’ diet consists almost exclusively of meat. As a result, big cats would consume more than 70% of meat out of their total diet. Kings of the jungles are both apex and keystone species because of their wide prey range.

In the wild, lions prefer mammals weighing from 400 to 1200 lb. They include zebras, African buffalos, wildebeest, gemsboks, and giraffes, among others.

Lions generally avoid adult elephants, rhinos, and hippos. But, if they are very hungry, a pride of lions would try to take down these giant mammals as well.

The majority of prey comes from female lions, and they are the ones who usually hunt. When hunting, lionesses would work as a team.

They would spread across out and attack the herd from several directions. Usually, they would try to come as close as possible to their prey, as they are not known for good stamina.

As a result, they hunt in short bursts. Typically they leap on animals’ backs and bite the victim to its neck, causing fatal injuries.

On the other hand, male lions are known to steal food from other predators. They scavenge on carrion every time they get the chance.

Most carrion comes from animals that hyenas killed, which is a huge part of their diet.

The strongest males usually eat first, followed by lionesses. However, if the large kills are secured, the prey is widely shared with other pride members.

In general, lions do not eat other lions. But, desperate times demand desperate measures. If the lion is starving to death, sometimes it will eat its own kind.

On the other side, eating the young is much more often. Male lions would kill and eat other pride cubs to stake their claim on new territory. Also, mother lionesses, in certain situations, are known to kill and eat their offspring.

Thank you for reading! With this, we conclude the “do lions eat each other” article.