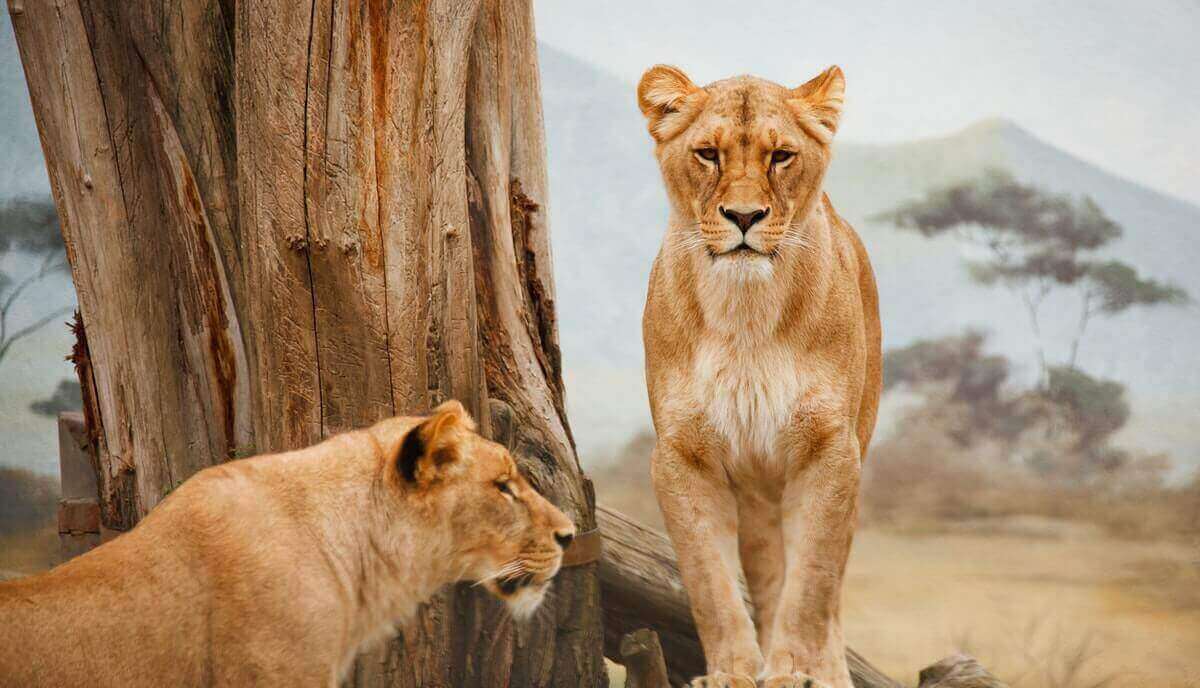 Lions and crocodiles are found in the same continents and usually in the same habitats. These fierce titans are big competitors in the wild, and they sometimes fight to the death. This leads us to our question: do lions eat crocodiles?

Yes, lions eat crocodiles, but not as often as other animal species. Crocodiles are vicious animals, and lions tend to avoid them. Lions normally do not hunt and eat crocodiles unless the food source is scarce. Also, sometimes lions may end up eating crocodiles when defending their cubs.

In this article, we’ll explore more further lion predation over crocodiles. We’ll see how often do lions eat crocodiles, how do they kill them, and if they eat crocodile babies.

When we think of the most dangerous animals on the planet, most of us think of lions or crocodiles.

In the wild, these fierce predators usually do not pay much attention to each other. Mutual respect is huge. Still, sharing the same habitats, lions and crocs occasionally go into fights.

The majority of these violent collisions are for the other animal carcass. It’s not a rare case that food in the wild is scarce for a longer period of time. As a result, lions would try to snatch prey from crocodiles whenever they get the opportunity.

Especially, if the prey is big to feed the whole pride.

And when these scenarios occur, lions sometimes end up eating the prey and eating a crocodile as well.

Yet, these are not the only cases when lions eat crocodiles. In some parts of the world, lions become proficient croc hunters, and they hunt and eat them more than ordinarily.

Also, in Indian forests, during the long fast, lions hunt and eat crocs; before they went after their favorite food.

How often do lions eat crocodiles?

Lions are carnivores, and they eat different variety of meat sources. Yet, the vast majority of their food comes from big land mammals, such as zebras, wildebeest, buffalo, antelope, and even giraffes.

As for the crocs, lions don’t regularly feed on crocodiles; since these creatures are not the lion’s preferred source of meat. Another reason why lions don’t eat crocodiles as often is the fact that crocodiles can strike back.

On the other side, their common catches are prey animals that offer better meat sources and are usually defenseless.

But just imagine if lions would target crocs regularly; they could become very successful at it. Lions are sitting at the top of the food chain, and no animals are safe from lions.

Do lions eat the whole crocodile?

One time they do, another time they don’t. There is no exact answer to this question. It depends on the reason for the attack in the first place.

Lions would sometimes kill the crocodile and abandon it to rot. They will kill it as a way of displaying dominance and cutting the competition.

And if they fight over a carcass and lions manage to steal the dead animal, they usually take the prize and leave the croc. But if the croc is too aggressive, lions may end up killing it as well.

So if lions are hungry, they will eat it, if not, they will leave the carcass to the next fortunate scavengers that came to the right spot at the right time.

Unlike adult crocodiles, hatchlings have way more predators that need to be aware of. Even though babies are guarded by their mothers – only about 1 percent of all baby crocodiles reach maturity. (source)

Lions eat baby crocodiles, and in general, they usually focus on smaller crocodiles to increase the success rate. And in case they encounter a helpless one, they would eat it.

Some of the biggest baby crocodile predators include:

How do lions kill crocodiles?

The battle between these two beasts sometimes lasts for hours. Both species are tough fighters, and they do not give up that easily. Equipped with sharp canine teeth and strong and agile bodies, kings of jungles find their advantage in numbers.

On the other side, crocodiles have one of the most powerful bite forces among any animal in the world. In comparison to a lion, a crocodile has three times stronger bite force.

Lions are aware that one jaw slam is enough to cause deadly injuries to them. Therefore, when attacking, lions would surround the croc and try to catch him from behind.

Often, but not all the time, the lion who attacks from the back will try to flip the crocodile and bite it for the throat or stomach. Which usually leads to fatal injuries.

However, the location of the battle plays an important factor in the battle outcome. Lions are not known to be great swimmers, so they avoid water and stick to the land. Usually, lions will ambush near water sights and wait for the crock to go out.

Lions and crocodile competition for survival start from the beginning of time. Wild is full of dangerous species, while these two are the scariest and most dangerous ones.

Lions prefer eating more defenseless species, still, big cats will sometimes eat crocodiles. Those situations are not as often. Lions will eat crocodiles only in the situation when there is not any other food source, or they are defending their cubs and ultimately ending up eating crocodiles.