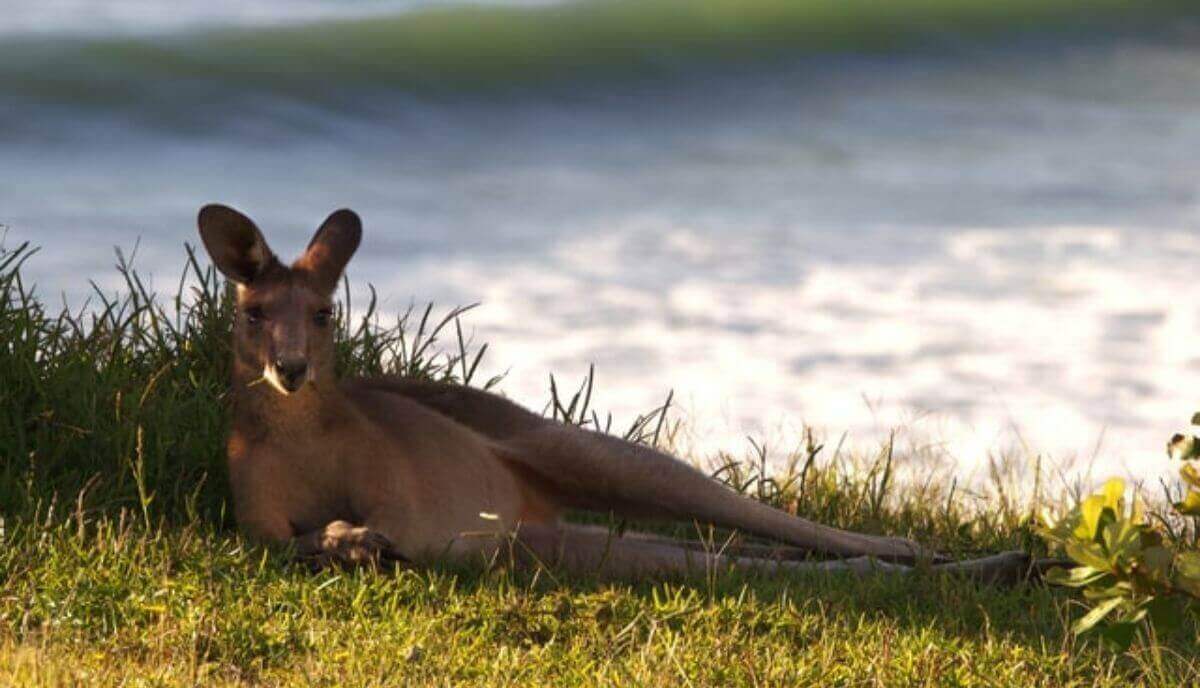 Do you have that friend that always comes out with some odd yet funny questions? Or you are the one who initiates hilarious topics. Either way, the query “do kangaroos drink water” is definitely one of those. So, here is the answer:

Kangaroos do drink water. They don’t, however, drink as much as domestic livestock like cattle and sheep. Kangaroos are herbivores, and they mostly get the water supply from eating different plants. In the wild, kangaroos also drink from all available water sources, including streams, rivers, and ponds, but they are also known to dig for water during scarcity.

Kangaroos, like every other living thing, need water to survive. So, yes, kangaroos do drink water, and they cannot go their whole life without drinking water.

There are popular myths that surround different types of animals. One of them is that kangaroos don’t drink water. Can any living thing go without water for a lifetime?

In the wild, kangaroos take care of themselves. They look for natural sources of water, including streams, rivers, and ponds. They also get some amount of water from the food they eat. Kangaroos are herbivores – that is, they feed on grasses, shrubs, and other plant based food.

In captivity, it should not be assumed that kangaroos do not need water. They do – and even more so in captivity because they are not in their natural habitat. Lack of water could contribute to stress and, ultimately, death.

Can Kangaroos Go Without Water?

Kangaroos do not need a lot of water to survive. They are capable of going a long time without water. They conserve water by being active only when the weather is cool. Kangaroos don’t drink water as much as humans or domestic livestock, or even other animals in the wild.

There are only a few animals that can go without water for a long time. Kangaroos, camels, and bears are popular examples. Desert animals generally are adapted to go a long time without water and to survive in extreme heat.

Kangaroos are active at night, and by avoiding hot weather, they prevent additional water loss. It is hard but possible to find them out in bright sunlight. When the weather is hot, kangaroos lick their forearms. This promotes heat loss by evaporation, ultimately preventing water loss.

How Long Can Kangaroos Go Without Drinking Water?

Kangaroos can go a long time without drinking water; in fact, they are able to survive without water for several months. Life in grasslands and savannahs can be very dry, with little to no rainfall for two to three months. However, kangaroos feed on grass and other plants that supply them with a decent-enough amount of water.

By living in hot environments, their body system is adapted to go several months without water. More so, their body stores water and absorb it when the need arises, such as in drought.

Kangaroos rest under the shade during the day and only come out to eat during the late afternoon or evening when the weather is cool. However, they sometimes come out in the hot sun. They have a mechanism that helps them promote heat loss and prevent water loss.

How Do Kangaroos Get Water?

Kangaroos are known to dig for water, especially when water is scarce. Also, kangaroos are herbivores; as such, they chew on grasses, herbs, and shrubs, and this is how they hydrate themselves and get water from the vegetation they eat.

Kangaroos would normally get water from the grasses they eat. Normal green vegetation is said to be 98% water. Dry and transpiring leaves contain about 30-40% water content. At initial wilting, crop leaves have about 60% to 70% water content.

This means that the kangaroo’s food supplies most of its water. But once in a while, it has to look for water.

In drought, kangaroos dig the ground to get water. It is said that underground water is the best for them since their urine and feces can contaminate topsoil water. When water is abundant, they drink from streams, rivers, or ponds.

What Animal Drinks the Most Water?

However, a cow’s average daily water intake is usually 3 to 30 gallons. Its body weight, age, stage of production, and environment determines the quantity of water consumed. As the weight increases, so does the amount of water needed.

Meanwhile, the sea animal that drinks the most water is the sea sponge. Sea sponges are reported to drink about 20,000 times their body water volume in a day.