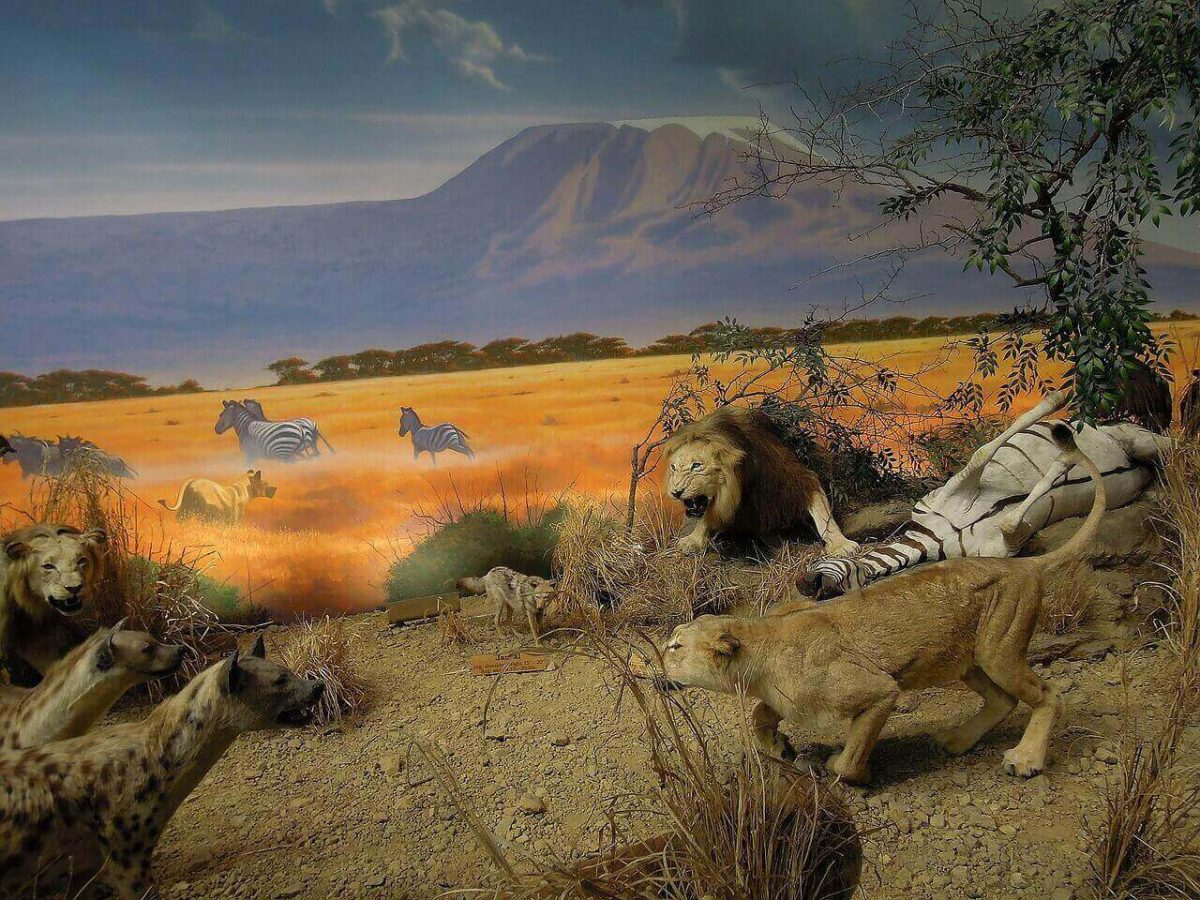 Hyenas and lions have the most famous competitiveness in the wild. Apart from their rivalry, they have something in common – survival.

Everyday survival in the wild is very hard, and getting enough food is often difficult. So you may wonder, do hyenas eat lions?

Yes, hyenas eat lions. The power of the hyenas’ clan is off the charts. However, it is rarely the case that hyenas hunt a lion, but if a lion is left alone, hyenas would try to kill and eat it. Yet, hyenas tend to avoid adult male lions and attack only weak lionesses and young lions.

Despite the fact they are kings of jungles, lions see hyenas as their number one competitor. Being bigger and stronger is not always the most important in the game of wildness.

In this article, I will share with you everything I’ve learned about hyenas’ and lions’ relations.

Yes, hyenas eat lion cubs. If they get the tiniest chance, they will kill and eat cubs. Lion cubs rely entirely on their mother for one year since their birth. And If hyenas see helpless cubs, they will seize the opportunity. Hyenas do not prey on cubs as a food source but to eliminate rivals.

When attacking lion pride, hyenas come in large numbers. Most hyenas would distract adult lions, while few hyenas would steal cubs. Similar tactics are seen when trying to snatch a kill. Vulnerable to predators like hyenas, lion cubs have a high mortality rate.

Hyenas do eat dead lions. Commonly known as scavenging animals, hyenas eat corpses (including those of lions). Yet, hyenas are hunters as well, and they hunt about 80% of their prey. So most of what they eat they catch by themselves.

But, they also prey on different dead animals they didn’t kill. Sometimes the clash of lion prides results in several lion deaths. Hyenas would happily take the chance and prey on lions’ carcasses.

Are lions and hyenas enemies?

Lions and hyenas live in the same African regions and fight for the same food sources. And often, they snatch food from each other. Lions, over the year, learned to identify hyenas feeding calls. Big cats will follow the call and chase off hyenas from the prey.

In the wild, violent encounters are more than often. The fierce competition between these super-predators is eternal. As one of the most recognized rivalries in nature, and besides food, they would also fight for the territory.

In Africa, the number of hyenas is 3 to 1 compared to lions. And in many cases, they use these numbers to take advantage of rivals.

Why are hyenas and lions enemies?

Both lions and hyenas are predators. Predators that cover the same ground share the same food source and scavenge the same prey on those grounds.

So as a consequence, competition between those animals has been created naturally.

Hyenas usually do not hunt lions. Hunting lions is not hyenas’ main priority, yet, hyena groups can be dangerous to unprotected cubs and isolated lions. That being said, hyenas would fight only when the odds are in their favor.

Are hyenas stronger than lions?

Even with one of the most powerful bites among animals, hyenas are not stronger than lions. Double the size and triple the weight, lions are much stronger than hyenas. In a death battle, a hyena doesn’t stand a chance against a lion.

However, a hyena would never attack a lion alone. Their power lies in clans. As a result, hyenas act in large groups, and often they scare off smaller lion families.

Can hyenas kill a lion?

Sometimes the number of hyenas is so large that is impossible for the lion alone to fight them back. Acting in numbers, hyenas are masters in exploiting chaos.

When sensing an injured or sick lion, hyenas circle around the big cat, attacking and biting it from behind. The end goal is to try to take the lion to the ground and tear off its belly.

Depending on the gender, it would roughly need ten hyenas to take down a single lioness. On the other side, an adult male’s number of hyenas has to be around 20 to overpower a lion.

However, in most cases, male lions are taken seriously, and hyenas tend to avoid them at all costs.

Other animals that eat lions

Being a king of the jungles and top predators, lions do not have many natural predators. Yet, besides hyenas, few other species are known to be lions’ natural enemies. Yet, none of them hunt lions to eat them.

Still, due to the fierce wildlife survival and fight for food and territory, cheetah, jackals, and leopards would kill lion cubs if they get the chance. Other lion enemies include crocodiles, wild dogs, and other big cats.

Despite being the apex predators, lions’ biggest threat lies in hyenas. The rivalry between these two wild animals is brutal. Fighting for territory and prey, fights between lions and hyenas often result in severe injuries and deaths.

Hyenas are very intelligent scavengers, and they can sense old and weak lions. As a result, they will benefit by using their clan power to kill and eat a lion. Sometimes to cut off the competition, hyenas would also kill and eat lion cubs.

With this, we conclude the ‘do hyenas eat lions’ article. Thank you for reading.