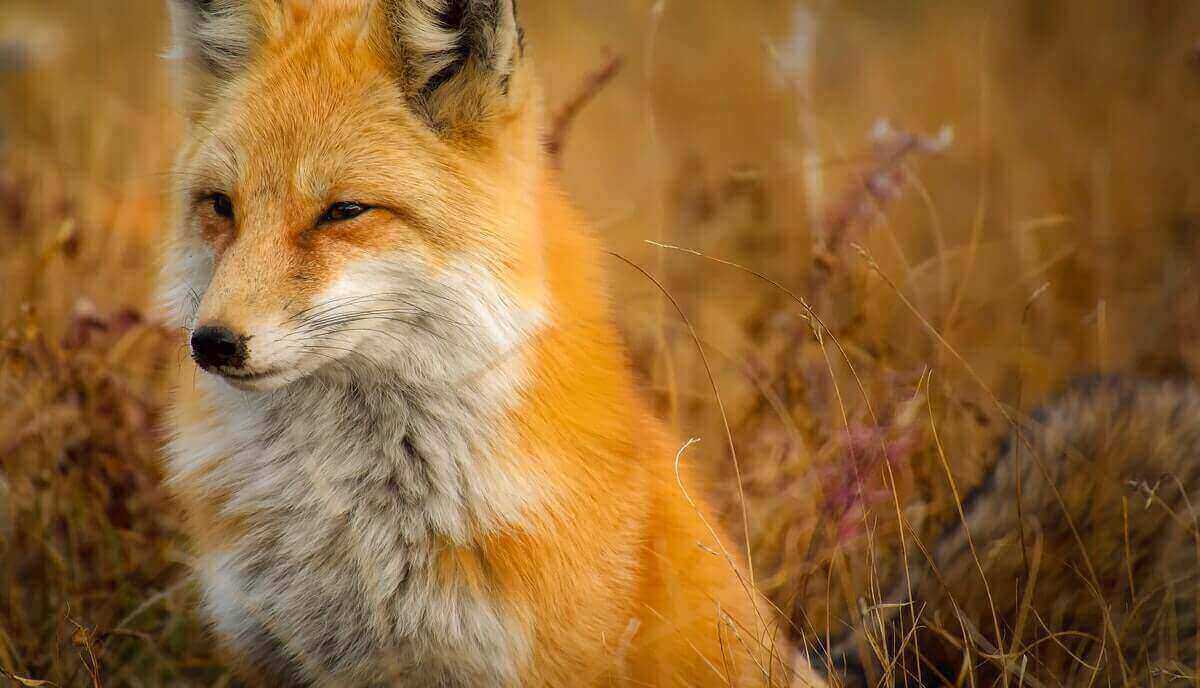 Foxes are unique animals, and they are known to be quite talkative creatures. Yet, many people seem to wonder, do foxes purr?

Although purr sounds are common to cats, few other animals produce sounds that are similar to purr. But what about foxes?

Do foxes purr? Foxes do purr, yes. Although true purring is common vocalization only to members of the cat family, foxes have also been noticed to make purr-like sounds. Other than a purr, foxes make different kinds of noises and sounds as a way of communication.

Foxes’ communication is quite complex, and they use a variety of vocals to express themselves. If you stick with us, you will learn about sounds that foxes make and what are their meanings.

Most types of foxes make some kind of purr sounds. Yet, among all dog family members, foxes are the only ones that are noted to make purring sounds.

Purring sounds are particularly noticed when foxes are cuddling or feeling safe and relaxed. For instance, when stroked, a fox would churr or purr, which involves vibration from its stomach.

A mother fox can also produce sounds similar to purr when feeding its cubs and when being cuddly with them.

Foxes are clever little creatures, yet people believe that they scream and make sounds for no reason, but actually, everything they do has a purpose.

They are smarter than most dog breeds, and their survival skills in harsh environments are terrific.

In this cute video below, we can see a fox being stroked by its owner while its furry pet is making almost exact purr sounds as cats do.

A purr is a low vibratory tonal sound that is common to few cat species. Even though a real purring is exclusive to cats, there are few other animals that purr or make purring sounds similar to them.

Why do animals purr?

Animals purr to express their feelings, and they do it in different mood variations. For cats, it is mostly related to positive situations. Such as nursing, grooming, relaxing, soothing.

Other animals make purr-like sounds when expressing different emotions. However, they are mainly associated with fear, defense mechanism, and happiness.

Purr intensity and length can vary between species, and it also depends on the animal excitement levels. But, the usual frequency of a purr is around 25 Hz.

What sounds do foxes make?

Surprisingly domesticated foxes have been noticed to produce even more sounds than wild ones.

Also, as foxes mature, their sounds repertoire gets broaden and louder.

Some sounds may be as loud as 5,000 Hz. The most common sounds foxes make are growls, barks, screams, and gekkering.

Growling in foxes commonly used when they feel threatened or attacked by other predators. A fox would take the defensive stance and growl at a predator, hoping to scare them off.

Yet, foxes would rather run away than attack predators in case barking doesn’t help.

A fox bark is not very similar to a dog’s. It sounds different, and it has few meanings.

Foxes bark when they feel surprised or to indicate danger. And so, by barking, they warn their cubs or other foxes in the area of possible danger.

And lastly, the “wow-wow-wow” kind of bark is used when foxes want to declare territory ownership.

Screams are the most common sound you hear, and notably during the mating season. These screaming sounds are made by female (vixen) foxes when calling a male fox for mating.

Although males also sometimes produce screaming sounds, researchers are still not sure why do they do it.

The screaming sound is very scary, you have probably heard it, in the middle of the night. And if you thought that it was some lady screaming in agony, you were wrong. That was probably a female fox calling for its mate.

Gekkering sounds are commonly used when foxes are arguing or fighting with each other. During aggressive conflicts, foxes may gekker and between screams.

However, gekkering sounds can also be heard when foxes are cuddly or playing between themselves.

How do foxes show affection?

For many people, foxes are cute little creatures who seem to be friendly and affectionate.

Some foxes may show affection to each other by cuddling, playing, and grooming. The highest levels of affection are seen in mother foxes and their babies.

Naturally, foxes are not very affectionate animals, they live solitary lives, unlike wolves and coyotes, who tend to form packs.

However, an exception to fox affection would be domestication. Fox kept as pets since their birth can be friendly and affectionate with their owners.

Yet, unlike dogs, foxes can’t be completely domesticated. At the end of the day, foxes are wild animals, and they can be unpredictable.

Consequently, for an untrained person, having a fox as a pet is not a good idea.

As we have seen in this post, sounds that foxes produce have a deeper meaning than we would think.

Foxes may growl, bark, scream, among many other sounds they make. Each sound is regularly used, and it has a certain meaning in a fox world. Even though, for us, they are just strange scary screams.

Purr sounds are one of many vocals, and just like in cats, foxes purr when expressing happy feelings or feeling safe.