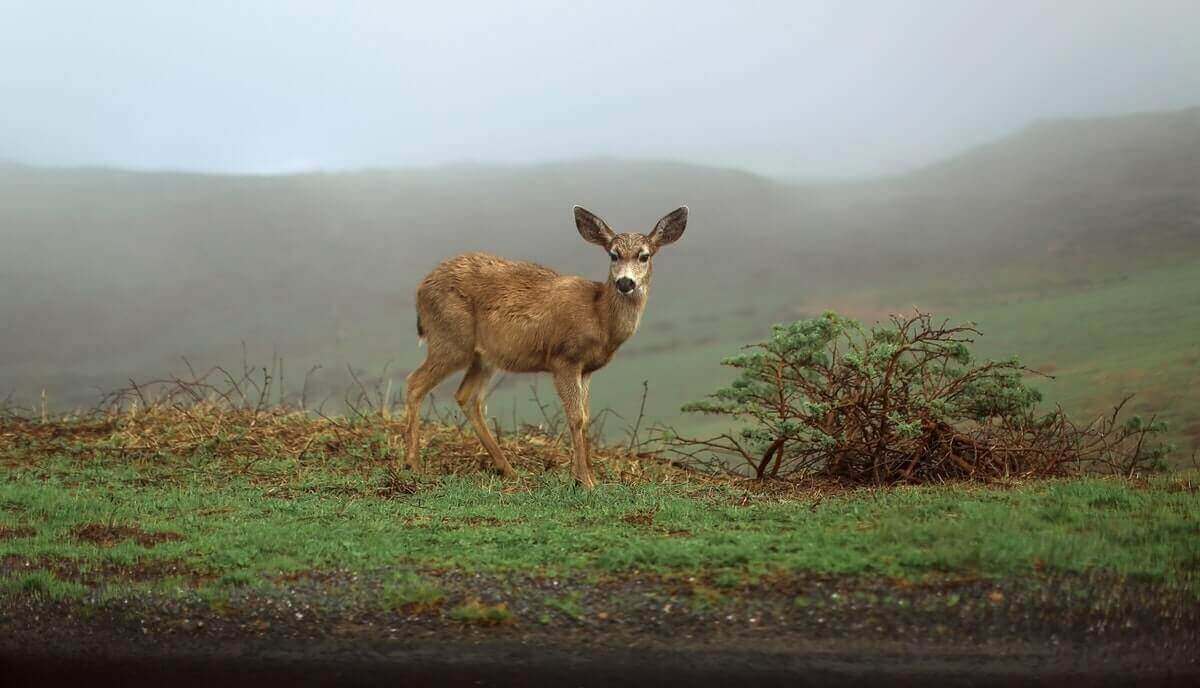 Mice are regularly hunted by many animals. There are animals that eat mice on a daily basis, as the main part of their diet.

But do mice have to worry about deer also? Do deer eat mice?

It is rarely the case for deer to eat mice or other meat origins. Deer are herbivores animals, and most of their diet comes from plant sources. Yet, sometimes deer will eat mice and other small animals if they get the chance.

In this article, we’ll see why deer eat mice, how often they eat them, and what is the reason behind these meat-eating habits.

Despite the fact that they are primarily herbivores, deer sometimes feed on mice.

Biologists are not quite sure why some animal species eat meat origin food, even though their digest systems are not built for it.

The most common reason for meat-eating activity could be simply a battle for survival in times of starvation, while plants are scarce.

Another reason for eating meat from time to time is getting extra protein and mineral sources from animal meat.

Sometimes survival demands dietary flexibility. And when it comes to meat, most animals are opportunistic. If there is a chance, they’ll eat it.

How often do deer eat mice?

Mice and other meat-origin food are not the number one food source for deer. Because they don’t have stomachs for a large amount of meat.

The majority of their diet comes from plants. Such as – leaves, twigs, grasses, forbs, nuts, fruits, etc. They are not too picky about it.

Yet, during wintertime, there is much less food supply. And it’s often very challenging for deer to find anything nutritious. In those hard conditions, deer would snatch mice or other animal origin food.

The reason could be that they get more energy out of the meat supply, or because high nutritive plants are scarce.

How do deer catch mice?

Deer do not actively hunt down mice or other animals.

They are prey to many animals, but they are not predators. They are naturally not built for hunting.

Deer would eat mice only if the opportunity arises. Meaning they would feed on mice if they come upon an injured or dying one or if they run into fresh carcasses.

What other animals do deer eat?

Rabbits, birds, and squirrels are some of the other small animals that deer would eat in rare occurrences.

Yet, baby birds in nests are typically the most usual meat food source since baby birds are primarily defenseless, and on the other hand, deer lack hunting and predatory instincts.

Also, deer are not equipped to eat meat, yet baby birds are most easily consumed.

Another reason why birds are the first meat food choice for deer is the fact that they usually most often come across a nest in the wild. And they’ll take advantage of it.

What happens when herbivores eat meat?

The line between the carnivore and herbivore is sometimes small. In schools, we have been taught that herbivore animals only feed on plants. But several herbivore mammals, besides deer have shown carnivory.

Some of them include – pandas, horses, cows, and hippos.

In order to absorb meat, animals need a specialized digestive system. Which in herbivores is not well developed. However, that doesn’t mean that an animal can’t digest meat – only that they are not able to do it well.

As a result, for most herbivores, only a small part of their diet would come from meat. Most herbivores won’t suffer ill effects by having some meat food.

Unless they are forced to eat only meat, which is completely opposite to their normal diet.

If there is an opportunity, deer will eat mice. Yet, the main part of deers’ diet comes from plant origin matter. However, a deer would mix their nutrition by eating mice or other animals due to the lack of plant food or to get extra minerals and proteins from meat.

Many questions raise after these unusual eating habits among animals. Is everything we have been taught about animal diets true? Or do animals’ eating habits evolve and change during different life conditions?