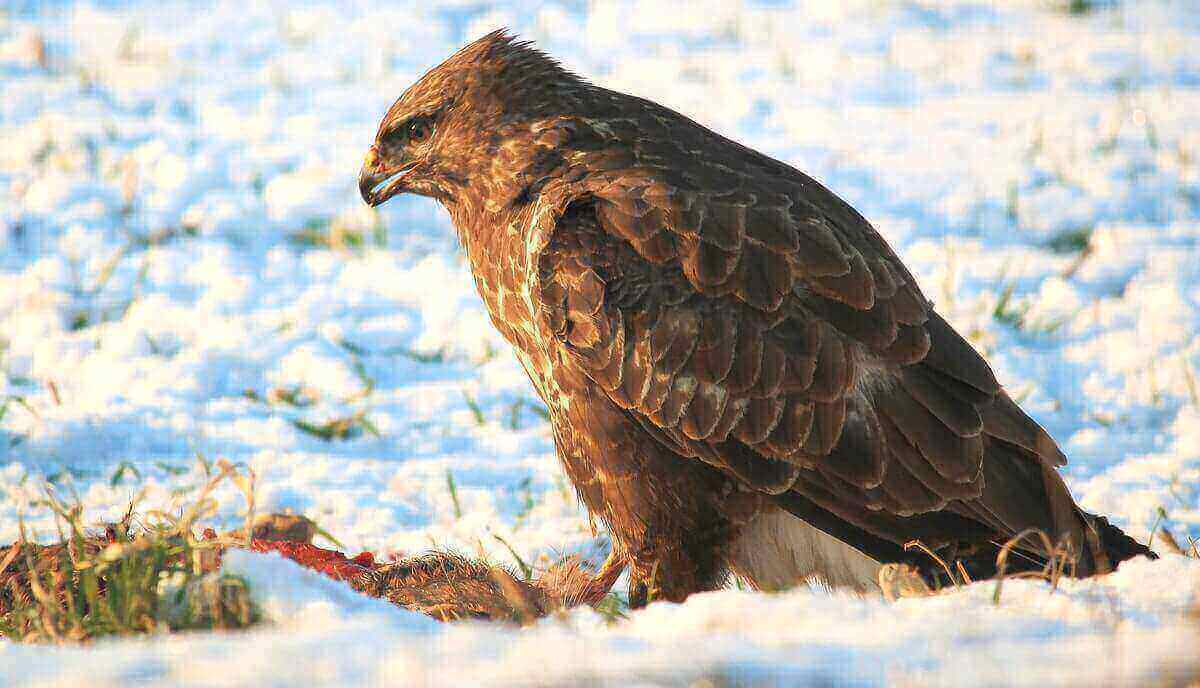 Birds and lizards are very different species, and yet, they share a lot of similarities.

Besides being vertebrates and having the same methods of reproduction, lizards and birds are related. Birds actually descended from reptiles millions of years ago.

Today, they are easily distinguished, but if the answer you are looking for is – will a bird eat its ancestor; do birds eat lizards?

Birds do eat lizards, yes. Some bird species would eat lizards as the major part of their diet, while other birds would eat them only if given the opportunity. Small lizards are especially vulnerable, and besides birds, many different predators regularly feed on them.

Most lizards are fairly small animals, and for many kinds of birds, they are the perfect meal.

These little reptiles enjoy being outside, in the sunlight. Thus, they become exposed to birds, which have excellent eyesight and hunting skills.

And because lizards don’t have maternal protection, young lizards are vulnerable to a large degree to birds and different predators. Only 50% of young lizards reach maturity.

Chickens, and birds of prey, including owls, eagles, and hawks, are the birds that most often eat lizards. Of course, time of the year, and the bird’s habitat, are factors that determine how often do these birds eat lizards.

Owls are nocturnal birds of prey, and because of their night hunting habits, they are birds that least eat lizards. Most lizard species are diurnal, consequently, owls and lizards do not encounter as often.

Owl’s main diet consists of small rodents and insects, while a few other species eat fish the most.

Vision, hearing, silent flight, and camouflage are the owl’s hunting characteristics. Making them quite powerful and successful night hunters.

Besides lizards, a hawk would eat just about anything that can catch with its powerful legs. From mice, rabbits, squirrels, snakes, frogs, insects to many more small creatures.

Hawks are one of the greatest hunters, and because of their feeding innovation, they are named among the most intelligent birds measured by the hunting IQ.

One of the most common hunting strategies a hawk uses is a stealth attack. It will circle in the air until it sees the prey. Once prey is spotted, a hawk drops silently down on it, gliding through the air smoothly with great speed.

In North America, the red-tailed hawk is the most common hawk species, and they prefer open habitats. They live in places where prey is easily accessible, such as deserts and open fields.

Eagles are large and powerful apex predators that can carry heavy loads while flying. According to Wikipedia, the bald eagle is noted carrying deer fawn that was 15 lb, which was the most ever recorded among any bird.

Similar to all raptor birds, eagles catch and kill their prey with their razor-sharp talons. When hunting, eagles heavily rely on their eyesight. Studies have shown that eagles have 3 to 4 times better vision compared to humans.

Eagles are carnivores, and they primarily feed on medium-sized mammals, as well as fish, other birds, and reptiles, including lizards.

However, the feeding habits of eagles is influenced by their environment and the food option. Meaning the eagles will prioritize the bigger prey, given the opportunity.

Chickens are omnivores birds, and they eat a variety of food. Fruit, grains, vegetables, in addition to lizards, amphibians, insects, and other small animals that they can catch and overpower.

When going after the lizard or other small animal, chickens rely on their beak. If the prey is small, a hen will swallow it whole. On the other hand, the bigger ones – a hen will break into smaller chunks.

What kind of lizards do birds eat?

Lizards may vary in size, color, and shape, so it would be hard to know which kinds of lizard o birds eat the most. The most common lizard types found in the U.S include geckos, whiptails, anoles, skinks, agamas, and iguanas.

All of which are relatively small and harmless, and they often become a snack for lizard-eating birds.

Yes, birds do eat dead lizards, of course, if they still appear to be in good shape. Birds that eat lizards are already known for their scavenging behavior.

And besides that, they are opportunistic feeders. Meaning they look for the easiest way to obtain the food. As a result, a dead lizard, or alive, for birds it is the same.

Dead lizards are sometimes more appreciated, for example, when food is scarce – they come as a free meal.

Are lizards afraid of birds?

Lizards are afraid of birds, yes. Birds are their natural predators, and in case they see one, the instinctive reaction of any lizard would be to escape and find shelter.

In fact, some people even use the bird’s feather when trying to get rid of lizards from their yards. Lizards would get scared away when they see feathers because they would think that birds are nearby.

Do lizards ever eat birds?

Lizards are omnivores, and they consume both plant and animal matter. Larger lizards are known to prey on birds; however, it’s not as often as another way around.

Lizards mainly focus on smaller types of birds or baby birds that are weak and defenseless.

Additionally, lizards may eat bird eggs, given the opportunity.

What are some other lizard predators?

For lizards, the world is a hard place and dangerous place to live in. A variety of animals hunt and eat them, and so they have to fight for survival every day.

Besides bird, some of the most common lizard predators include:

Lizards are located on the lower end of the food chain ladder; consequently, they are prey to many animals. Small lizards are particularly vulnerable.

How do lizards protect themselves?

Due to the fact that lizards have a lot of predators to worry about, these reptiles developed several defensive strategies.

False Appearance – Non-poisonous lizards change tail colors to make themselves look dangerous to predators. Other lizards may use colors to blend into an environment, making themselves invisible to potential enemies.

Tail Trick – One of the most unique defensive tactics when facing danger is tail shedding. When caught by a predator, a lizard would simply shed its tail. This trick would confuse the predator, and a lizard would get the opportunity to run away.