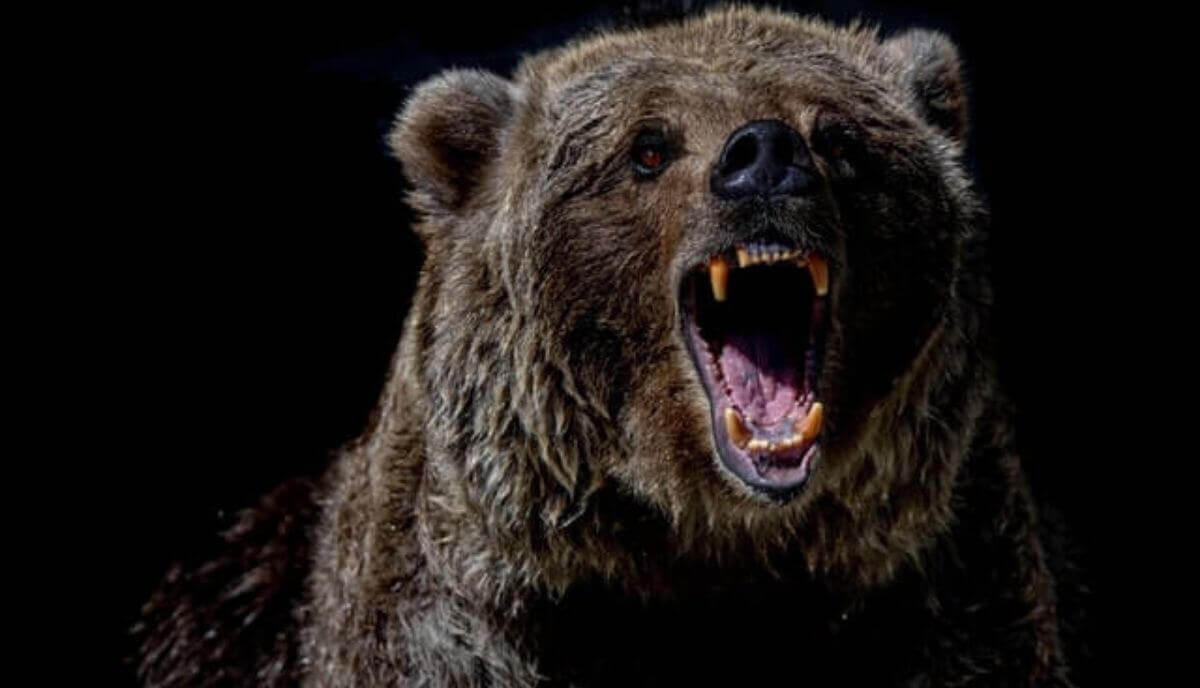 Have you ever wondered if bears eat humans? I certainly have. And this is why I did extensive research on the subject and decided to write an article about it.

Let’s start by answering the question right away, and later on, I’ll go into more detail. So, do bears eat humans?

Simply put, bears hunt and eat humans in the case of starvation. Yet, humans are not the primary source of food for bears. Out of eight bear species, polar bears and grizzly bears are most likely to hunt and eat humans. However, fatal attacks rarely happen, and luckily a true man-eater bear doesn’t exist.

Yes. Unfortunately, it is a fact that bears do attack humans. Polar and grizzly bears are the most dangerous to humans. Bears are very intelligent and will not instinctively hunt or arbitrarily attack humans. There are several reasons why a bear may attack a human.

One reason a bear would be to protect its young. Bears with cubs are extremely dangerous and will do anything to keep their cubs safe from harm. Animals and humans alike are often seen as a threat and will be attacked, mauled, or even killed.

A feeding bear is protective of its food, and this also makes it quite dangerous to humans. Except for the giant panda, bears are a hibernating species and require sufficient body fat stores to survive the winter.

A bear’s consumption between winters is geared toward surviving that season. A human seen around a feeding bear will likely be seen as a threat.

Bears are naturally curious, and in their search for food, they have occasionally found themselves at a human settlement or campsite. This is why there are plenty of videos online showing bears in people’s backyards. They are attracted to garbage, pet food, or anything that may seem like a meal.

When food is scarce, bears will compete with humans for food, and this will lead them to attack if the human is seen to be in the way.

Bears are also more prone to attack in self-defense in case someone invades their space. If a human approaches a bear, the bear is likely to attack.

An injured bear is perhaps the most dangerous of all regardless of the species. Injured bears (enduring the pain of a bullet wound or being very old) have turned on humans, attacking and killing them.

In studies done of polar bear attacks, indications are that they are most likely to hunt humans as prey.

Asian black bears also demonstrate aggression toward humans, as humans have encroached on the bears’ natural habitat, resulting in more frequent encounters with each other.

Grizzly bears and American black bears usually display aggression by huffing and puffing, pawing on the ground, or false charging (whereby the bear will run toward a person and halt). They will generally not go beyond that.

Sloth bears, however, are an unpredictable species that live on trees, and their grumpy temperament additionally influences their aggressive behavior.

Bears will demonstrate aggression when they are startled. The old adage, safety in numbers, applies here.

As a group, singing, talking, or laughing will alert the bear that humans are around, and it will generally move away. Sneaking, like hunters often do, would likely result in an attack.

When a bear has its cubs or food nearby, it will demonstrate aggression to anyone who poses a threat.

Read Also: Can Bears be Domesticated?

How to Survive a Bear Attack?

Bear attacks tend to be rare and only occur when humans are within their territories or if there are food items that draw the bear’s attention. Knowing the species of bear, the type of attack, and what to do (or not do) highly increases the chances of survival.

A bear may make a defensive attack and this will likely happen if it is caught by surprise. The bear will hop, paw on the ground, or huff to chase you away. Do not run, instead hold your position, maintain eye contact with the bear. Never turn your back on the bear as this may cause it to charge.

In case you’ve got chased by a black bear, you must not play dead but instead, fight with all you’ve got. A black bear may be more persistent and an attack means that it intends to make a meal of you. Do not play dead, do all within your power to defend yourself. Use your bear spray, punch at its face particularly its nose, find and throw sticks and rocks at it, again, aiming for the nose and eyes.

Related Article: Do Bears Live in The Jungle?

In Conclusion – Do Bears Eat Humans?

Bears, generally, do not eat humans because humans are not the primary source of food for bears. Some species, such as the polar bear and the grizzly bear, have a history of attacking and killing humans, and sometimes, the dead human becomes food for the bear.

Bears are wild animals, and like all wild animals, they do display aggression. However, aggression toward humans is not the default behavior when the two encounter each other. Aggression will be displayed only in specific circumstances such as the defense of food, young ones, or if the bear is caught off guard.

Additionally, bears may attack humans if they feel threatened. In the event of an attack, being able to identify the species of a bear will be useful in knowing what to do or not do. For example, with some species of bear, playing dead is useful, whereas with other species, playing dead will be a guarantee of death.

Finally, although it has been possible to train a bear to a certain degree, adult bears can be dangerous and should be approached with caution, even in captivity. They are large and strong, they also have sharp claws and teeth and can easily injure, maim or kill a human.

Thank you for reading and sticking until the end. I hope I’ve helped you answer the questions: “do bears eat humans” and that you’ve learned something new today about bear nature.