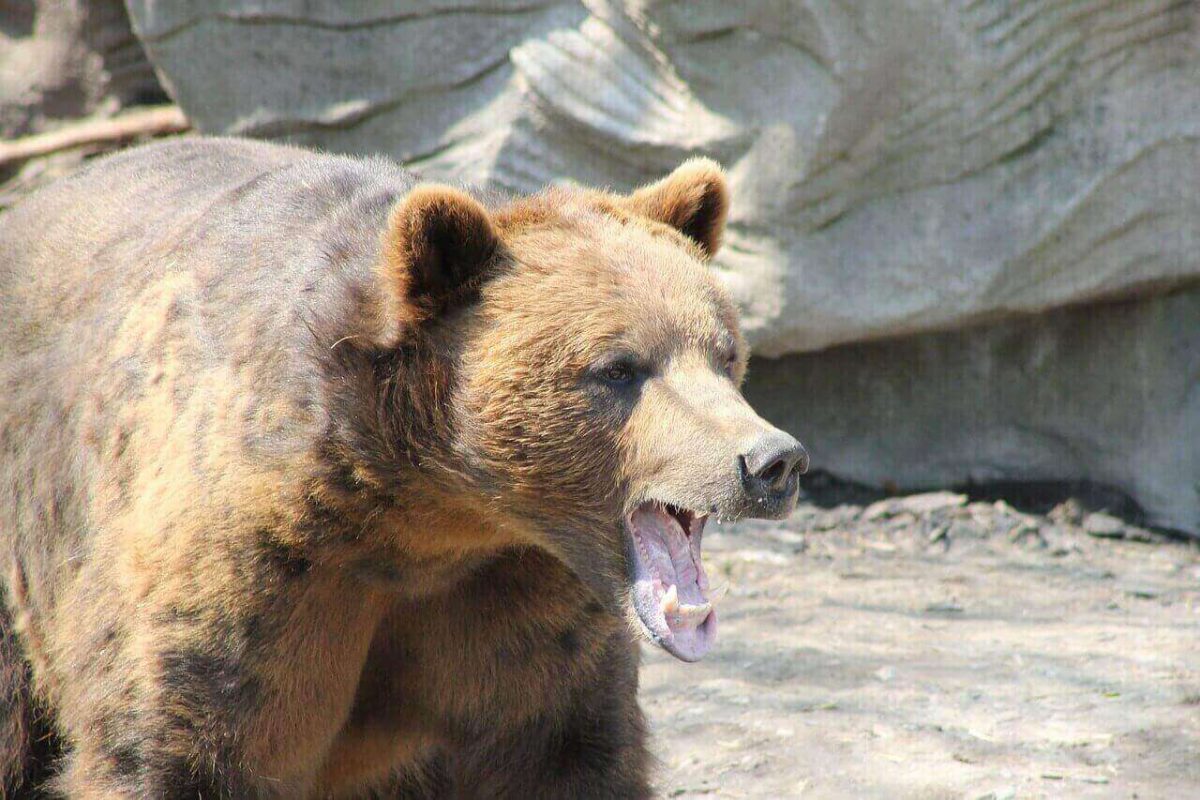 Bears are opportunist omnivore eaters. They eat wast variety of foods that they can find. But do bears eat deer?

Yes, bears do eat deer. However, a bear would more often hunt and eat young and newborn deer rather than adult deer. Even though most bears’ diet does not consist of meat, they are skilled hunters, and 30% of their meals are other animals. Bears would also eat dead deer or any other animal carcasses they could find in the wild.

Most of the bear species would eat deer meat, but not all species are able to hunt large mammals.

Pandas, sloths, and sun bears would never prey on other animals. Pandas almost exclusively eat bamboo leaves and stems, but they are seen to eat meat occasionally.

Sloths bears and sun bears feed mostly on insects, fruit, honey, and vegetables. Yet, if they come across freshly killed deer, they would also take a bite.

Bears’ diet changes depending on the time of the year and part of the world they live in. Food can be more or less scarce throughout the year, and bears have evolved to adapt.

We mentioned that polar bears would hunt deer, but only if they are really hungry. Deer are not their preferred source of energy.

Due to the harsh environment and the number of calories they need in order to survive, polar bears prefer to eat seals and their blubber. They are also capable of hunting small whales and are happy eating whale carcasses.

Grizzly and black bears also adapt depending on the climate. In the northern areas, they would pack weight before the winter. And then retreat to their winter dens during November and December.

Their relatives in more southern areas would stop hibernating if they realized the food was available all year round.

How does a bear hunt a deer?

Some people think bears look slow and clumsy, but if you are more familiar with bears, you know that this is not the case.

A grizzly bear can run with a maximum speed of 35mph, around the same speed as some deer species. They are more likely to catch an elk calf or young deer than the adult one, but it all depends on the circumstances.

Deer can certainly run longer at full speed, but bears are not getting tired as fast as most people would expect.

There is research that says grizzly bears can maintain a speed of 25-28mph for up to two miles.

Bears hunt deer by charging at them and grabbing them by their back and neck. Bears can also incapacitate their prey using their powerful paws to strike. One blow can break a deer’s spine.

Bears are also known to eat deer carcasses that they came across.

Yes, bears will eat fawns if they see an opportunity. Adult deer are more likely to outrun a bear, so it is more common to see bears prey upon fawns.

Bears eat elk calves as well as other young hoofed mammals. The diet varies depending on the species of bears and the time of the year.

For example, grizzly bears in Yellowstone Park will have a more vegetarian diet in the summer. While in the spring, they would feed mostly by hunting and eating venison meat.

In Alaska, on the other hand, summer is the salmon season for brown and grizzly bears. Bears can eat up to 100 pounds of salmon per day.

How to keep bears away from deer feeders?

Deer feeders can also be an easy source of food for bears that find them. Even though it wasn’t intended for them, they will not think twice before feasting on it.

A major part of a bear’s diet is not meat, so they are used to eating seeds, corn, and similar things found in deer feeders.

In order to keep the bears away, people have several tactics. For example, you could fill the feeder with soybean instead of corn. Soybean has proven to be not so attractive to bears.

Another thing you could do is to keep the feeder high (bottom at least 8 feet from the ground) and use a thin pole that the bear can’t climb on.

What other animals eat deer?

Deer meat is popular among predators and they have a lot of natural enemies.

Because of this, deer have developed sharp hearing and good vision and are constantly alert. It is not easy to hunt a deer, so it takes a skilled hunter to catch an adult deer.

Young deer and fawns are more vulnerable to predators. Studies have shown that the fawn survival rate is between 33 and 68 percent.

Deer present a danger to agriculture, and in some areas, they are considered a pest. Hunting is a way to keep the deer population at bay. Because of this, in some areas of the world, humans are the number one deer predator.

Bears eat deer and other hoofed mammals. They are more likely to eat fawns and calves than adults, but it all depends on the circumstances.

Bears are opportunistic eaters, and they feed on the available food. In some months, they will eat mostly meat, while in others, their diet will be mostly vegetarian.

If you liked this article, you might also be interested in similar articles. Here are some other recommended posts: Do bears eat dogs? Do bears eat wolves?