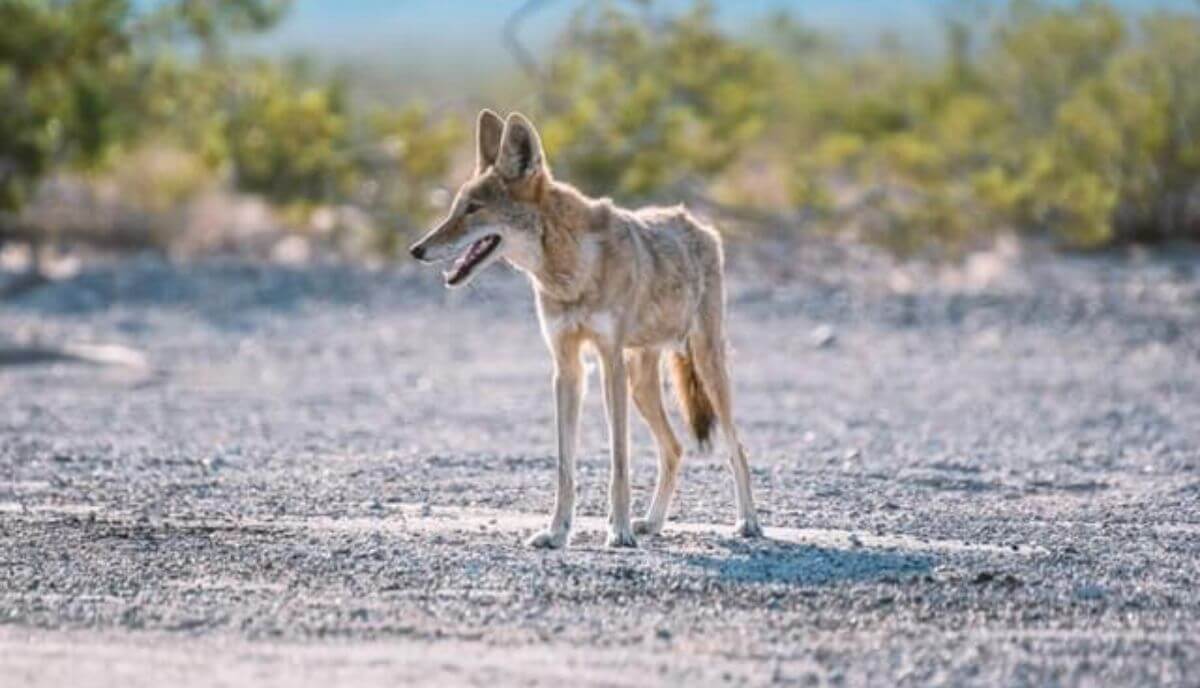 My younger self always thought that carnivorous animals lived in the forests. I remember how I described them as dangerous animals that only hunt and hurt other animals.

Soon enough, I learned I was only 20% right. I started reading more about carnivores and their nature to educate myself more appropriately.

I then stumbled on a piece of paper I wrote back in primary school. I was asked if there are any carnivores in the desert.

There are a lot of carnivores roaming the desert. Some of the most common desert carnivores are bobcats, scorpions, tarantulas, coyotes, Gila monsters, and many others.

To get to know them more, here is a list featuring the twelve desert carnivores. 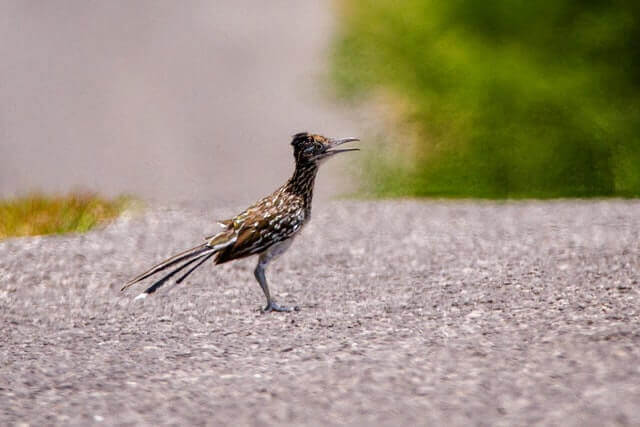 Unlike their cartoon counterpart, roadrunners do not have blue feathers. However, both the cartoon and the actual bird share the same trait of being a fast runner.

Roadrunners are members of the cuckoo family and tend to be darker brown in color. These 56 centimeters long birds are found in the arid lands of Southwestern United States, Mexico, and Central America.

Although small in stature, roadrunners have a huge appetite. They are not entirely carnivores as they also tend to eat fruits and seeds, which is a smaller percentage of their diet.

Roadrunners enjoy feasting on insects, rodents, small mammals, spiders, and even snakes. They are so quick that they are only one of the few animals that can eat rattlesnakes. 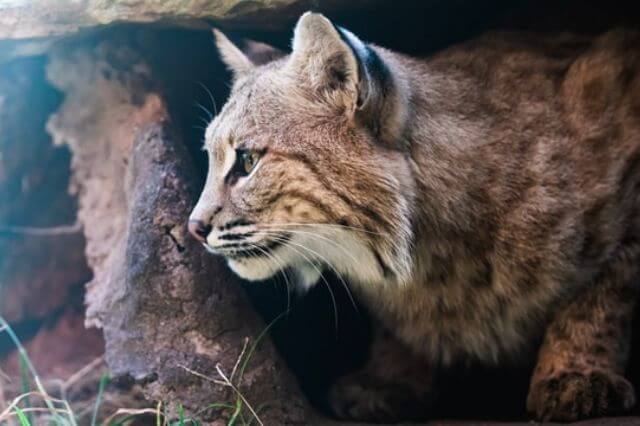 Bobcats, also named red lynx, are found in North America. These wild cats distinguish themselves from other felines with black bars on their forelegs and bobbed tails.

These felines also appear as if a mix of domesticated and wild cats.

Fortunately for bobcats, their conservation status is of the least concern. They are still thriving in the wild; however, conservation efforts are still given to them.

Bobcats are carnivorous desert predators that are also found in forests, swamplands, and wooded areas.

As for their preferred meals, bobcats mainly hunt for hares and rabbits. However, these cats also prey on chicken, geese, birds, small rodents, deer, and even insects.

Like most felines, bobcats are territorial and solitary animals. 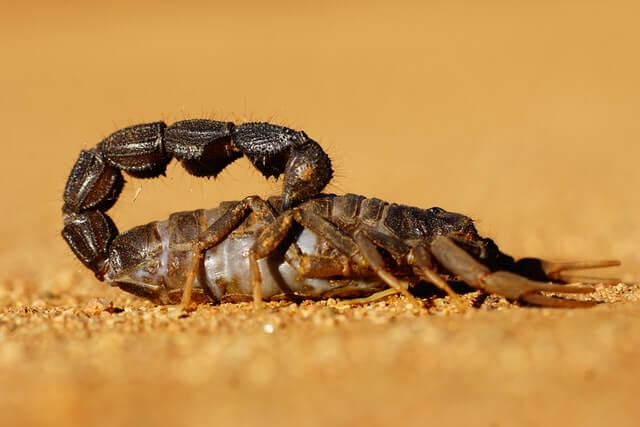 Scorpions are an unexpected animal on our list, and however, these stinging animals prove they are dangerous desert carnivorous predators.

These arachnids live in deserts; however, scorpions were able to evolve in a way that they could adapt to any environment. The only exception for these animals is living in Antarctica.

Scorpions are known for their segmented tail that ends with a stinger. Most species’ stings are painful, but there are only around 30 scorpions that can produce fatal venoms.

Scorpions prey on insects and invertebrates to satisfy their appetite. They also attack and hunt some specie of vertebrae.

To ensure a kill, scorpions use their pinchers to prevent their prey from running away. 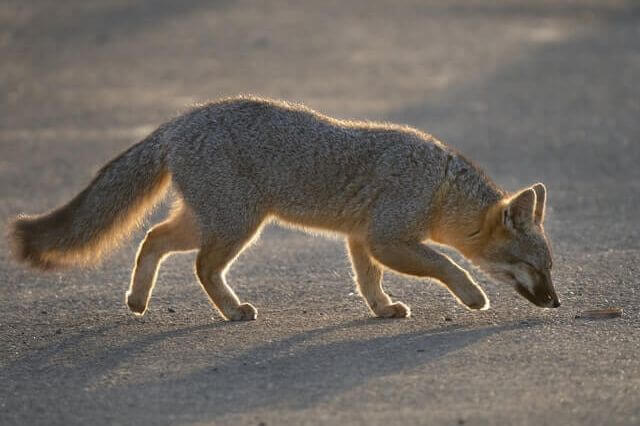 The exciting thing about gray foxes is that their fur is not entirely gray. Their coat has a dash of the color orange, usually around their neck, nape, legs, and under their tail.

Gray foxes reside in rocky and arid regions of Northern America, Venezuela, and Colombia. However, due to human improvement taking over their habitat, gray foxes have adapted to live in urban and suburban environments.

Although omnivorous, gray foxes have a diet of carnivorous predators, and they mainly prey on rodents and rabbits.

Yet, it was observed that gray foxes in the Western United States tend to be herbivores and insectivores. 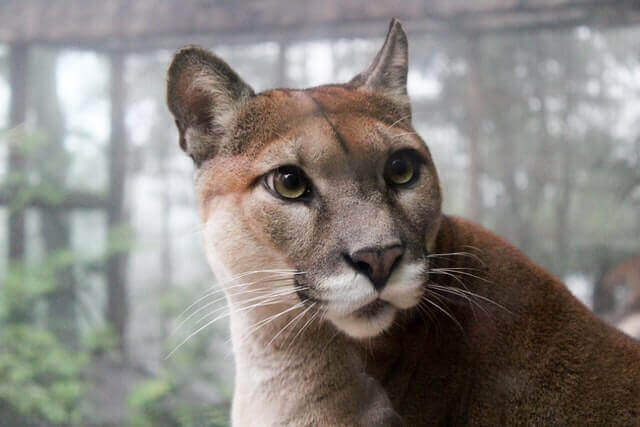 Mountain lions are the scariest animals you hope you will not encounter when hiking. These predators roam around rocky, mountainous, and desert regions, anywhere they can find deers.

These large felines are also called by various names, such as puma, cougar, and panther. Anyone can quickly identify mountain lions because of their beige-tan fur.

Unfortunately, even though mountain lions do not actively hunt humans, there are rare incidents where they hunt for people. 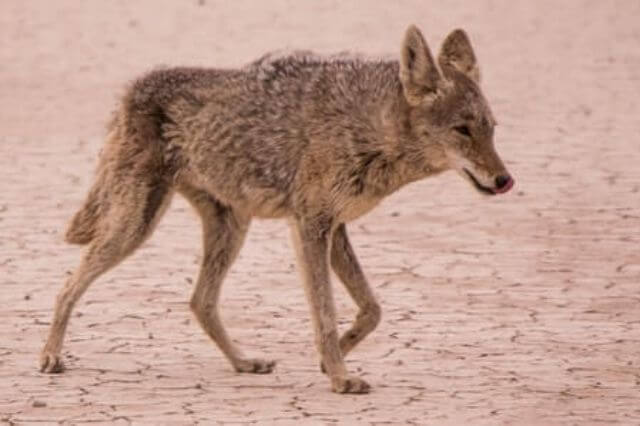 Coyotes are canines originally native to North America. These animals have an abundant population making them a minor concern.

It is easy to identify them with their red, light gray, white, and black coat. Coyotes also look like wolves, which is understandable since these two canines are closely related.

Like other predator examples mentioned, coyotes are versatile animals in terms of habitats. They can live in grasslands, semi-arid regions, and deserts comfortably as long as no wolves are present.

Coyotes prey on bison, deers, moose, elks, sheep, rabbits, and birds, among others. Yet, these canines’ diet changes during winter, wherein they rely on carcasses. 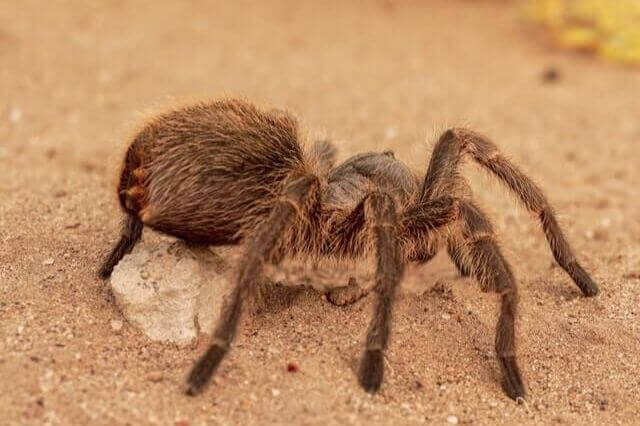 Tarantulas are probably one of the most misunderstood animals in the world. Most people share a phobia of spiders, and being present with a tarantula could trigger fear in others.

However, these spiders are technically harmless to us humans, and most of them do not have venom. So when bitten, the biggest issue you will have is extreme discomfort due to the painful bite.

Tarantulas have these thick and hairy bodies, which can cause discomfort to many people. Their preys share the same fear as humans.

These nocturnal hunters mainly prey on insects like grasshoppers, beetles, and smaller spiders. However, due to their build, tarantulas can also consume lizards. 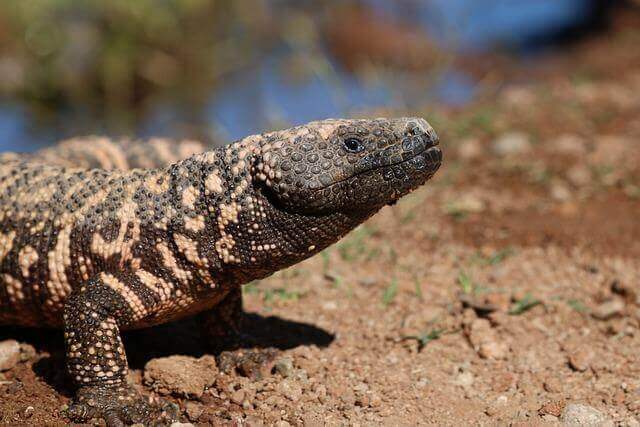 Gila monsters are venomous lizards found initially in the Southwestern United States and northwestern Mexico. These desert carnivores are heavy, growing up to 60 centimeters.

Gila monsters do not pose any threat to humans as they tend to be sluggish. Unfortunately, due to their sheer size and scary apperance, these reptiles are often killed by humans.

Although known to be lazy, Gila monsters have an array of prey to hunt, including rodents, rabbits, birds, snakes, lizards, and tortoises.

In hunting, they use their keen sense of smell to locate their prey.

Nothing can stop them from finding their next meal by being able to climb on trees, cacti, and walls. 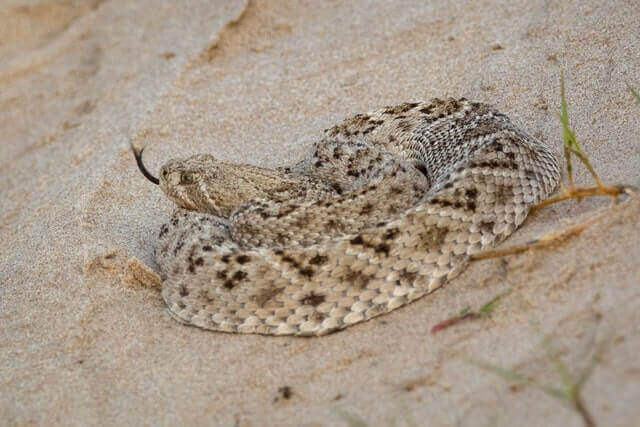 Diamondback rattlesnakes are a large species of snakes that can almost be found anywhere. They thrive in deserts, forests, hillsides, and grassy plains.

These pit vipers have heat-sensing pits that can detect temperature changes. Diamondback rattlesnakes also use these senses to locate their next prey.

Besides their diamond-patterned back, diamondback rattlesnakes have triangle heads and large bodies. These assets help them take down any of their hunts.

Most of their predators are not interested in eating them. Deers and horses look at diamondback rattlesnakes as a threat and may decide to stomp these snakes. 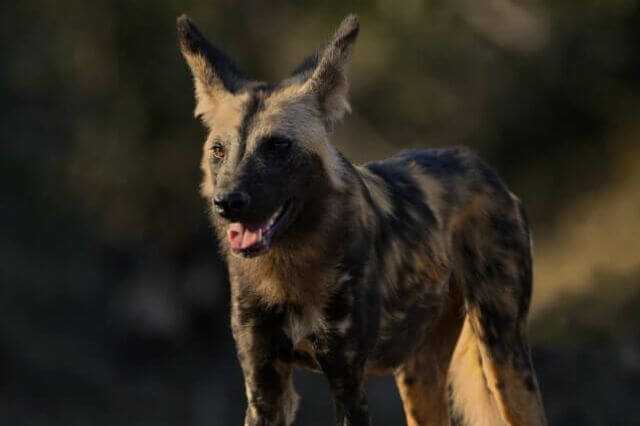 African wild dogs are one of the most endangered canines. They are called various names, including painted dogs and Cape hunting dogs.

These canines are also categorized as hypercarnivores with a diet consisting of 70% meat.

African wild dogs act as a pack and usually take down large animals, like antelopes and wildebeest.

They also share an appetite for smaller animals, such as rodents and birds. 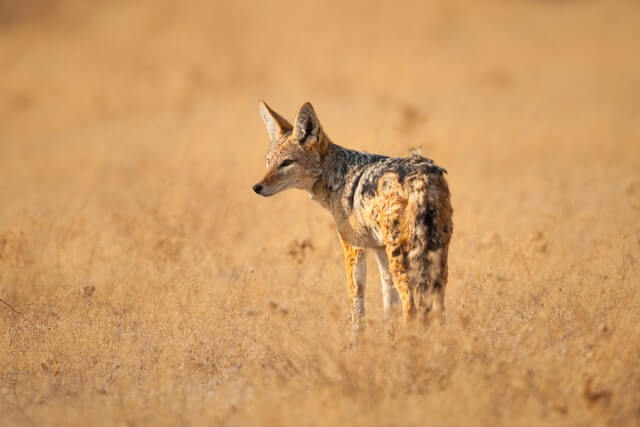 Also known as common jackals, these canines live in arid grasslands, open savannas, and deserts. While their cousins, black-backed jackals, live in savannas and woodlands.

Interestingly, golden jackals have adapted physically during cold months. They grow thicker fur during winter to fight off the colder breeze in the desert.

Golden jackals are opportunistic omnivores, though more than 50% of their diet is composed of meat; hence I included them in our list of desert carnivores.

Just like their canine cousins, golden jackals hunt as a pack.

The last member on our list of desert carnivores is the horned lizard. They thrive in arid or semi-arid regions, which works to their advantage.

These lizards are pretty lazy as they often remain motionless, relying on their camouflage to avoid detection. However, if ever caught, horned lizards will squirt a stream of blood within the range of five feet.

Horned lizards’ favorite meal is ants, but they also have an appetite for other insects, such as sowbugs and spiders. In eating their food, horned lizards flick their long, sticky tongue, just like a frog.