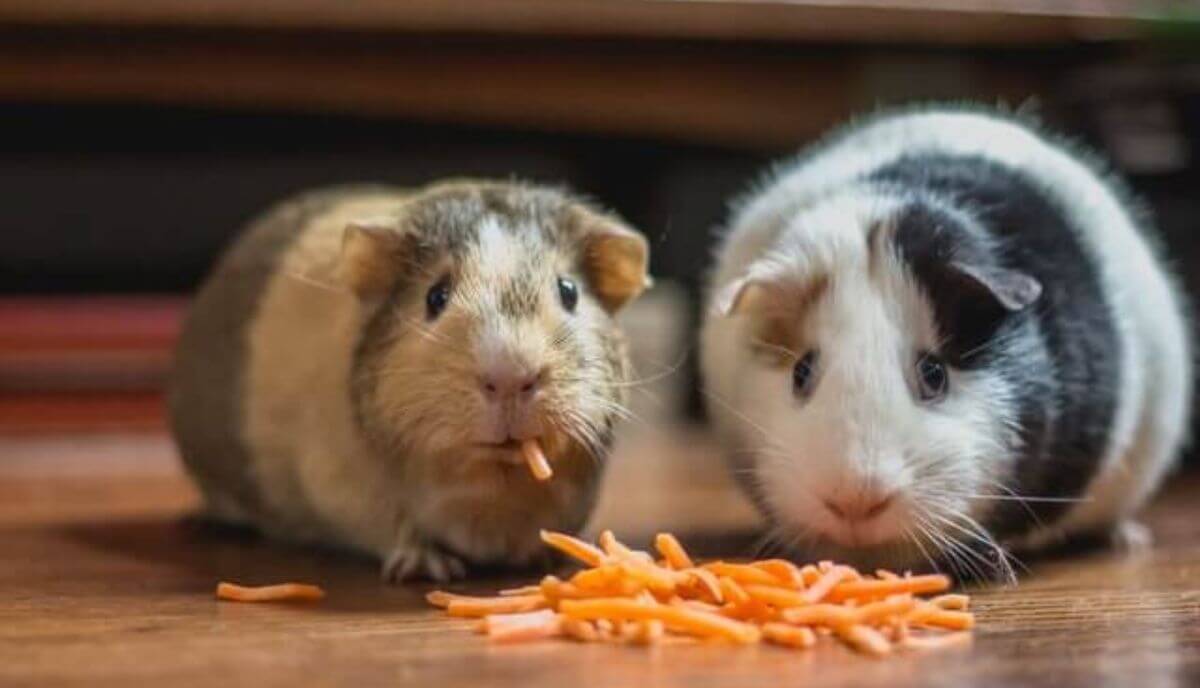 Rodents are, for the most part, inherently “cute”. They’re small and furry, mostly round, and they make cute noises.

It’s not surprising then that rodents are some of the world’s most popular pets. But what exactly makes an animal cute?

One person’s idea of adorable may be another’s idea of hideous! So which are the cutest rodents, and why? We’re going to take a look! 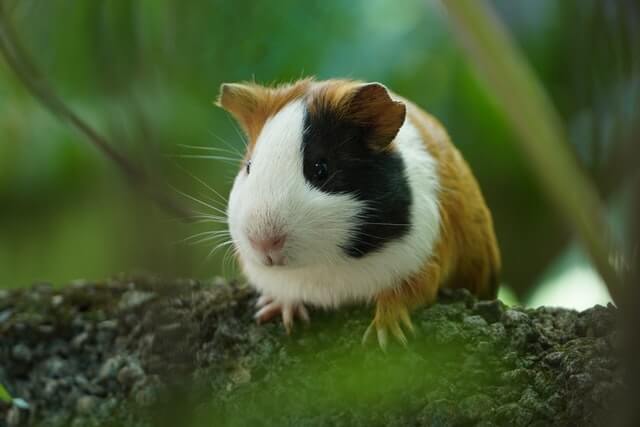 The guinea pig is definitely one of the cutest rodents on this list. They totally fit the definition of “small, furry, and round” and unsurprisingly are very popular pets.

A fully grown guinea pig is between 8 and 10 inches long and weighs between 1.5lb and 2.5lb.

There are many different breeds of guinea pig, and they come in a variety of colors and coat types, from the silky-haired Sheltie to the fuzzy Rex, to the bed-headed Abyssinian.

Guinea pigs are known for their friendly demeanor and get along well with most other pets. They are also known for being very vocal and use a range of adorable noises to express how they’re feeling.

A happy guinea pig will often squeak when it sees its owner, and purr when it’s being cuddled or petted!

Guinea pigs are not very agile and can’t climb or jump very high, but they do perform a little happy dance when they’re excited. This is known as “popcorning” and consists of a series of chaotic hops and jumps, accompanied by a lot of squeaking, and is the very definition of “adorable”. 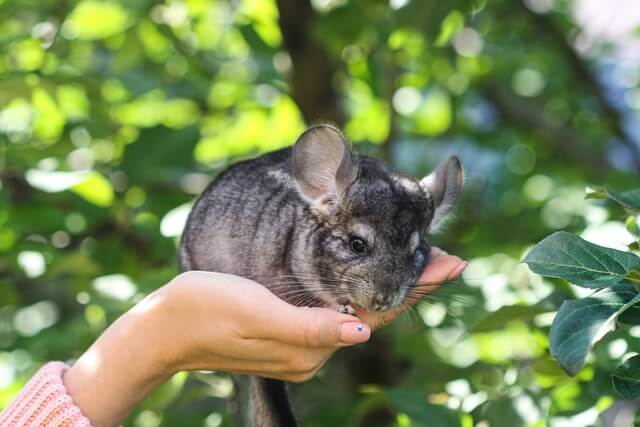 Another undeniably cute rodent and popular pet is the chinchilla. These sensitive little creatures are a little bigger than the guinea pig, at up to 14 inches long, with a 3 to 6-inch bushy tail.

They have big, bright eyes, and even bigger round ears. They are usually silvery grey and white, although breeders have created many color variations, including white, black, brown, and marble, and even coats with a blue or violet hue!

In the wild, chinchillas were hunted almost to extinction for their incredibly soft fur, but fortunately, people have started to realize it’s much nicer on a living chinchilla and choose to keep them as pets.

Chinchillas are very quiet and clean, sociable, and athletic. However, they’re a little fragile.

They are easily stressed out, which can deeply impact their health. They cannot regulate their body temperatures well and are very sensitive to draughts or changes in temperature.

Also, by being nocturnal, they don’t do well with too much noise during the day. Despite this, chinchillas love to cuddle and need company.

In the wild, they can live in colonies of over 100 individuals! So, while chinchillas are very cute, pet owners should be prepared to get to know their needs to take proper care of them. 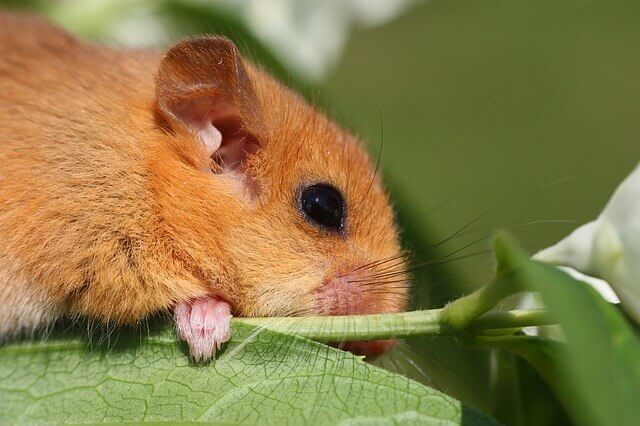 These little wild mice are native to parts of Europe and Asia and are found in forests and fields.

With their ginger-brown fur, fuzzy long tails, and bright black eyes, they are decidedly pretty animals. They are also quite lazy and have been recorded snoring!

Dormice hibernate in winter, like many animals, but they enter a very deep sleep in summer too, known as “torpor”. They do this to slow down their fast metabolisms if there isn’t enough food around.

In the spring, the dormouse builds a tiny round nest out of honeysuckle bark, twigs, and grass, which it sleeps in completely curled up, with its long tail over its face.

When they aren’t sleeping, dormice are mostly eating (what a life!), and they prefer flowers, pollen, and fruit. 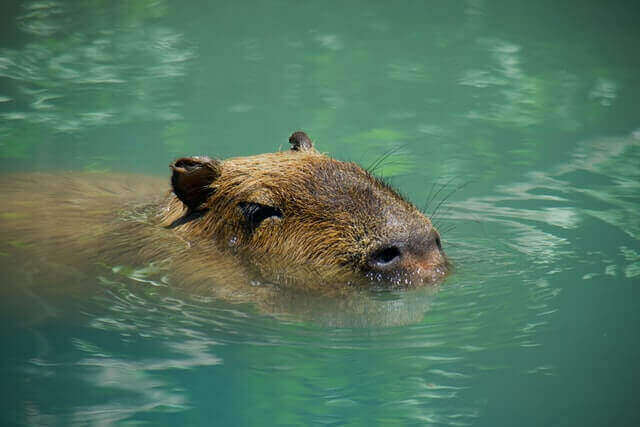 At over 2 feet tall, the capybara is by far the largest rodent on this list and indeed the world.

They are closely related to the guinea pig and do resemble them, in a very overgrown sort of way.

These guys are semi-aquatic, living in the wetlands of Central and South America. They are excellent swimmers and can hold their breath underwater for 5 minutes!

Capybaras deserve a spot on this list because they are super charming and docile animals. While they may not be conventionally beautiful on the outside, they certainly are on the inside.

Capybaras are very intelligent, social, and friendly animals, and they usually live in groups, sometimes of up to 100 individuals.

They are known for being chatty, and “talk” to each other through a range of vocalizations, from squeaks to purrs and grunts. 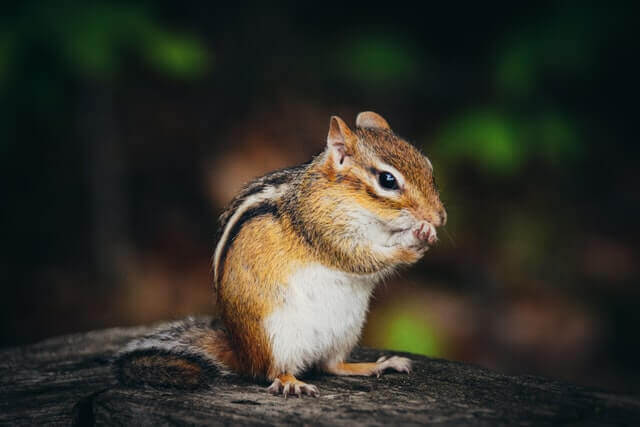 You may have heard of chipmunks because of a popular cartoon, but you may not know much about the real animal.

These charismatic rodents have a distinctive brown and white stripy back and a stubby, bushy tail. They can grow up to around 12 inches in length and weigh up to 5 ounces.

They are very fast and busy, constantly apparently doing something very important.

Chipmunks build nests in burrows underground, but can often be seen scurrying around forests and campsites. Despite being wild animals, they are surprisingly bold and friendly and will often happily approach people to get a closer look.

Also, they are considered quite intelligent, curious, and vocal, and kept by some people as pets. But be warned, a pet chipmunk needs to be kept busy and entertained, or it won’t be afraid to complain! 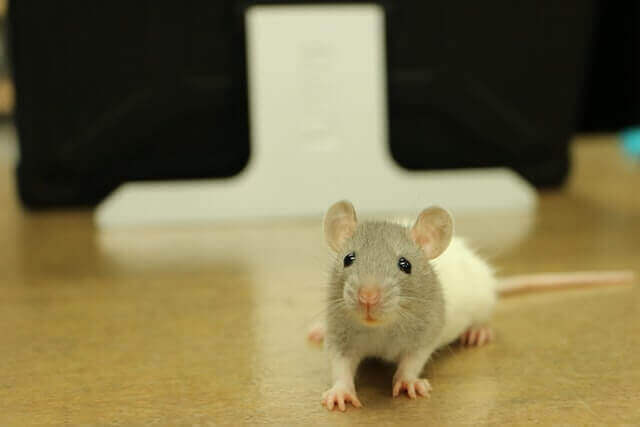 You may be wondering why an animal often considered a pest and associated with the disease is a candidate for the cutest rodent. You may be surprised!

Once you get to know them, rats can be positively lovely. Believe it or not, these intelligent animals actually make very good pets!

Rat owners will tell you rats are very clean animals and low maintenance, not at all the dirty, disease-ridden pests they are stereotyped as being.

They are also highly trainable and can be taught to respond to their name, stand on their back legs, and even jump through hoops. The best part is, they enjoy it!

Rats love interacting with their owners and learning new skills, playing, or just cuddling. One of the more interesting things about rats, besides their intelligence, is that they experience empathy, just like humans (well, most of us anyway!).

Studies have shown that rats will go out of their way to help another rat, sometimes even risking their own lives to do so.

They also remember individuals who have helped them in the past and will make an effort to return the favor. If only all humans were as kind! 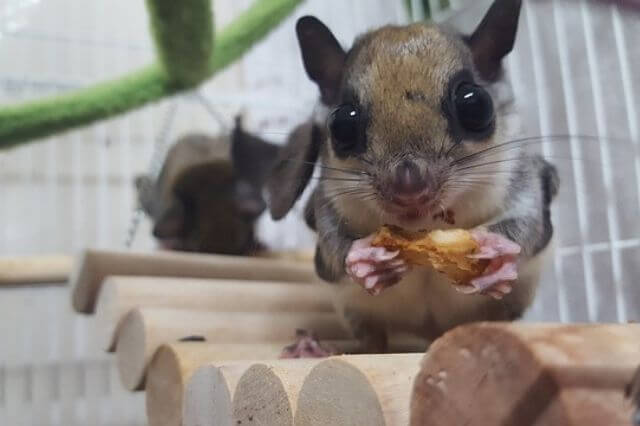 The Siberian flying squirrel is a seriously adorable rodent species.

Found across northern Asia and Europe, the Siberian flying squirrel lives in forests, and uses its remarkable wing-flaps to glide from branch to branch, sometimes over 300 feet!

They are relatively small and light, weighing only around 5 ounces. The most striking thing about them, besides their ability to “fly” (or glide, more accurately), is their eyes.

A Siberian flying squirrel’s eyes are enormous, shiny, and black, taking up most of their little heads. Their coats are very soft and grey on their backs, white on their bellies.

All in all, the Siberian flying squirrel looks a little like a stuffed toy, almost too cute to be real! These beautiful creatures are sometimes kept as pets and apparently bond very closely with their owners. 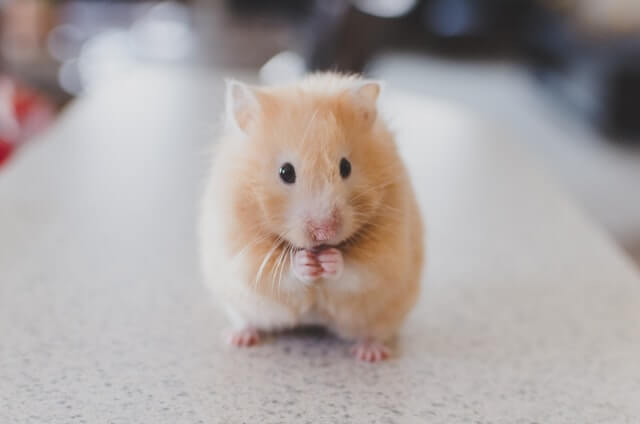 The hamster is probably familiar to most people, as they are commonly kept as pets around the world.

There are several different types of hamsters found in the wild, from the tiny 2-inch Roborovsky Dwarf to the 7 inch Syrian, or Teddy, hamster.

Hamsters are crepuscular, meaning they prefer to be out at dawn and dusk to avoid predators. In captivity, hamsters have been bred to have a wide range of different coat types and colors.

They make gentle, friendly, inquisitive pets and are active and energetic during their waking hours. Perhaps the most adorable thing about hamsters is their cheek pouches.

These little guys love to hoard food, and they stuff their massive pouches full of seeds, fruits, and nuts so that they will never be short of something to snack on! 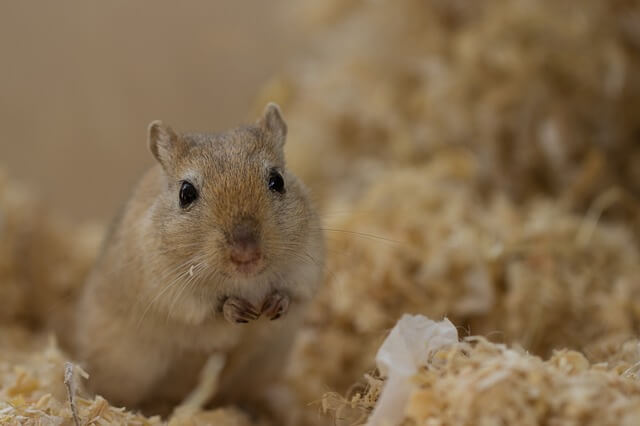 Another popular household pet, the gerbil, is known for its gentle and friendly temperament.

There are many species of wild gerbils found all across the globe, but the Mongolian gerbil is the most commonly domesticated.

They are quite small, growing no larger than 4 ounces, and have large hind feet, which they use for jumping. The Mongolian gerbil is very social and needs to live around other gerbils, both in captivity and in the wild.

Gerbils also enjoy human interaction and are friendly, intelligent, and inquisitive. These tiny animals are always ready to supply endless entertainment and fun, and they are especially good pets for kids. 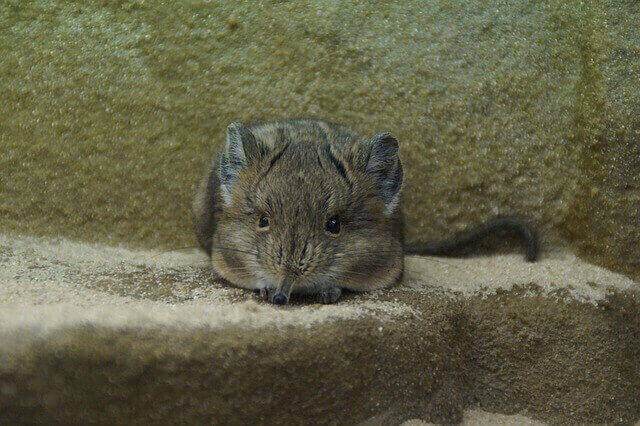 Last but not least, on our list of adorable rodents is the Baluchistan pygmy jerboa (try saying that 3 times quickly!).

This is the smallest rodent in the world (and for many the cutest rodents out there), at a maximum body length of 1.7 inches and a weight of 0.1 ounces!

These minuscule critters look like cotton balls on stilts or somebody’s joke of a mouse-kangaroo hybrid. They are stupidly cute, with their disproportionately large heads, tiny bodies, and long, skinny legs and tails.

The pygmy jerboa is native to the deserts of Pakistan, and its sandy-colored fur helps it blend into its environment. It feeds at night time on a diet of seeds and leaves, and, being so small, it has a number of predators.

This is where those long legs are useful; the tiny pygmy jerboa can jump a whopping 9 feet! A predator would have to be very quick to catch that!

Another of their interesting characteristics is that they are among the very few mammals to be bipedal, i.e. walking on 2 legs. This is because their front legs are so much shorter than their hind legs it would essentially be impossible for them to walk any other way!

With this, we have completed the list of the top 10 cutest rodents in the world.

If you are considering surprising your children with some of these irresistible animals – you will not go wrong.

Rodents are perfect pets, and most of them do great with kids. Some of the most common rodents pets include hamsters, guinea pigs, and gerbils.

Either way, whichever cute creature from the list you decide to adopt, it will certainly make your life more joyful.

Thank you for reading. If you enjoyed this post, we would like to recommend you another similar read: Cutest Turtles in the World