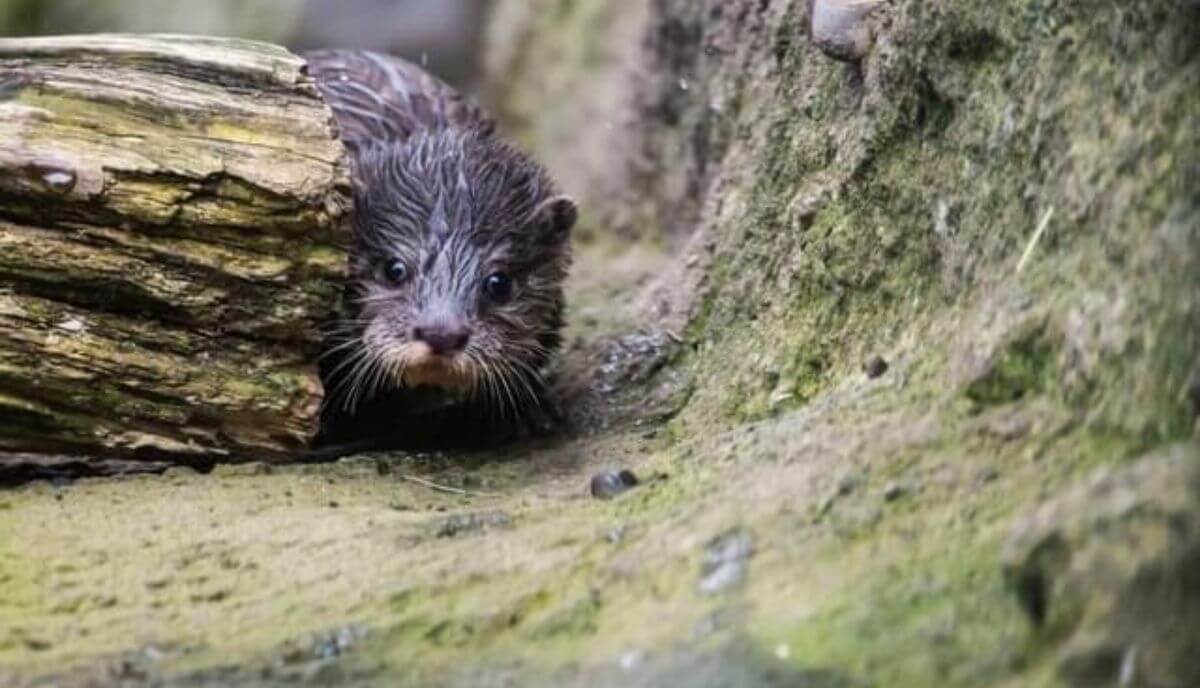 When I was a kid, my cousin and I used to discuss the bravest and strongest animals. Somewhere along with our discussion, we ended up discussing cowardly animals.

Lately, I’ve been thinking about what makes an animal a coward. Then, I stumbled on a question – what is the most cowardly animal?

I found an interesting answer to this question – it is us, humans. Most people forget that humans are animals too. Among animals, we are the only ones who use guns and weapons to attack and hurt other animals, which is very cowardly when you think about it.

It seems that not having a gun or weapon deprives humans of power. Most people will cower in fear if threatened and unarmed.

Now, let us get to know some other animals.

The Most Cowardly Animals

There is a specific goat species known to be an over-the-top cowardly animal. It is the fainting goat, also known as the myotonic goat.

Unfortunately for this goat breed, a little scare can lead them to a “short coma.” The coma can last from 10 seconds to two minutes, depending on the severity of the scare. However, the muscle strain only lasts for 5 to 20 seconds.

A 1930 journal published by Oxford journals explained that the goats’ body muscles turn rigid during the state of coma. Fortunately, there is no long-lasting effect from the goat’s fainting.

Besides leading to an induced short coma, fainting goats are easily frightened. It then led to them either fainting or being stressed.

There are no exact origins where the fainting goats came. Researchers are also uncertain what caused the myotonia congenita, the gene that causes the goats to faint.

The only thing is for sure this gene ensures that the fainting goat will not survive in the wild.

One of the biggest coward animals on the list, Australian quokkas use their babies to save their lives. When a predator comes up to them, these innocent-looking marsupials will throw their babies at them.

After successfully throwing their babies to distract the predator, quokkas will run away as far as they can. Unfortunately, baby quokkas make a hissing noise when dropped on the ground, attracting the predator.

Australian quokkas throwing their babies ensures their safe escape. They prioritize their future reproduction and survival instead of their young.

Interestingly, it is not only the Australian quokkas who do such heinous survival practices. Macropods, such as woylies, usually use the strategy of throwing their babies as an escape plan. And, it usually works, giving the parent another day to live.

However, there is a recent discussion that quokkas do not throw their babies. As explained, their pouch muscles relax in presence of a predator, resulting in the joey coming out.

Even considered the most cowardly animal, humans do not have natural predators. However, they are also the most vulnerable when stripped of their technology and weapons.

It is not only about the physical and material things that make humans cowardly. Their mental and emotional state contributes to their behavior. When mentally unsafe in a situation, fear sets in. It will then lead either to irrational behavior or cowardness.

When placed in a dangerous or threatening situation, humans have a fight-or-flight response. Most humans that are unarmed and untrained will flee the situation. Their brain tells them to run away from danger.

However, once armed with a gun, humans tend to be fearless. They show confidence in potentially fighting someone or something.

Based on these reactions, humans tend to depend on their weapons. Their cowardly behavior immediately ceases when well-equipped with a functioning arm.

But when stripped of everything, humans are easily a target for other physically strong animals.

You May Also Like: Dirtiest Animals in the World

Taking care of rabbits is not as easy as it may sound. These fuzzy animals are known to be anxious and fearful most of the time.

These behaviors may be attributed to their instincts. Wild rabbits’ are always on high alert, being the prey for many predators. They have a strong sense of smell and hearing to avoid getting caught.

Domesticated rabbits carry the same instincts as wild rabbits. They immediately respond in fear of any sudden move, unfamiliar smell, and loud sound. Even the owner of the domesticated rabbit can cause a fearful response.

However, owners can reduce the anxiety of their domesticated rabbits by helping them to calm down. They can do this by giving treats and sitting down on the floor.

A 2016 study published by the Journal of the American association for laboratory animal science showed that rabbits penned individually have the highest fear level in comparison to rabbits paired with each other.

Rabbits are considered cowardly animals for their anxious and fearful nature.

Although an apex predator, the hyena is considered a cowardly animal. They move in a pack and can easily hunt down their prey. But, this laughing animal will prefer someone to do the job for them.

When looking for their meal, hyenas wait for other predators to do the hunting. Most predators, like a lion, do not keep any remaining food for seconds. Instead, they leave the carcass behind. In which case, the hyena will take the opportunity.

Hyenas scavenge for carcasses and fill their need. Any remaining meat, they will hide in the watering hole for their next meal. They do not waste any meat and they can not worry about the next feeding.

Their scavenging behavior makes them cowardly as they rely on others’ strength for food. Hyenas will also try to steal the hunt made when they can.

Hyenas will only hunt when they have no choice but to rely on their skills.

Another animal on the list of cowardly animals is the opossum. People misunderstood opossums’ behavior as vicious and aggressive. When in reality, this marsupial is acting in fear and anxiety.

When people spot an opossum, the animal makes this hissing sound with its mouth open. However, the opossum’s behaviors are not signs of aggression. These are bluffs to distract their attacker and, at the same time, for them to look vicious.

When confronted, opossums will most likely not attack. After showing that they can be a threat, they will move away.

However, if none of their tactics work, opossums play dead. They are also probably scared that they resorted to this act.

Opossums play dead as most of their predators are not interested in eating a dead animal. If they see a lying opossum on the ground, these predators will likely move on.

Playing dead is not just a trick they do. It is something ingrained in the easter hognose snake ever since birth. This unusual skill is essential to their survival. At the same time, playing dead helped them avoid getting eaten.

Eastern hognose snakes can be legally taken as a pet. Like other domesticated animals, it can be trained. However, it is quite harsh to expect them to play dead. In doing so, owners can trigger the Eastern Hognose Snake’s fight-or-flight instinct. At the end of the day, it is very stressful for the snake.

The eastern hognose snake does not immediately play dead upon sensing danger. They resort to it only if they have no other choice.

In North Carolina, state officials warned people to be aware of eastern hognose snakes. They called them “Zombie Snakes” for their unusual tactic.

The last animal on our cowardly animal list is the pygmy grasshopper. They have an upgraded way of reacting to a threat. When sensing danger, the Pygmy Grasshopper will freeze in its spot. It will then play dead, splaying its legs in all directions. Which usually doesn’t go as planned.

Frogs are the pygmy grasshopper’s biggest predator. Unlike other predators that move away from dead prey, these predatory frogs will eat the grasshoppers regardless of their state.

When the frog spots a “dead” pygmy grasshopper, it will double-take before deciding whether to eat it. The frog will find it hard to consume the grasshopper.

Besides splaying its legs wide, the pygmy grasshopper’s body stiffens. This body restriction will make it impossible for the frog to swallow them.

Although this technique is not 100% effective, it increases the survival chance of the pygmy grasshoppers.

And there you have it. These are some of the most cowardly animals around. However, all animals are cowards in their own right. Some animals just stand out from the crowd. Although it is hard to admit, humans are not as brave and strong without the resources.

We think that humans are always at the top of the food chain. But, they can easily drop from being the predator to the prey. However, humans have the intelligence and rationality that help them overcome feelings of fear.

Cowardly animals should not be treated as immediately as weak. Most of these animals use their “cowardness” to ensure their safety and survival. They just have an interesting way to do it.

Thank you for reading. Hopefully, you find this article fun and informative. If you liked this type of post, here’s another popular article: Most Humble Animals