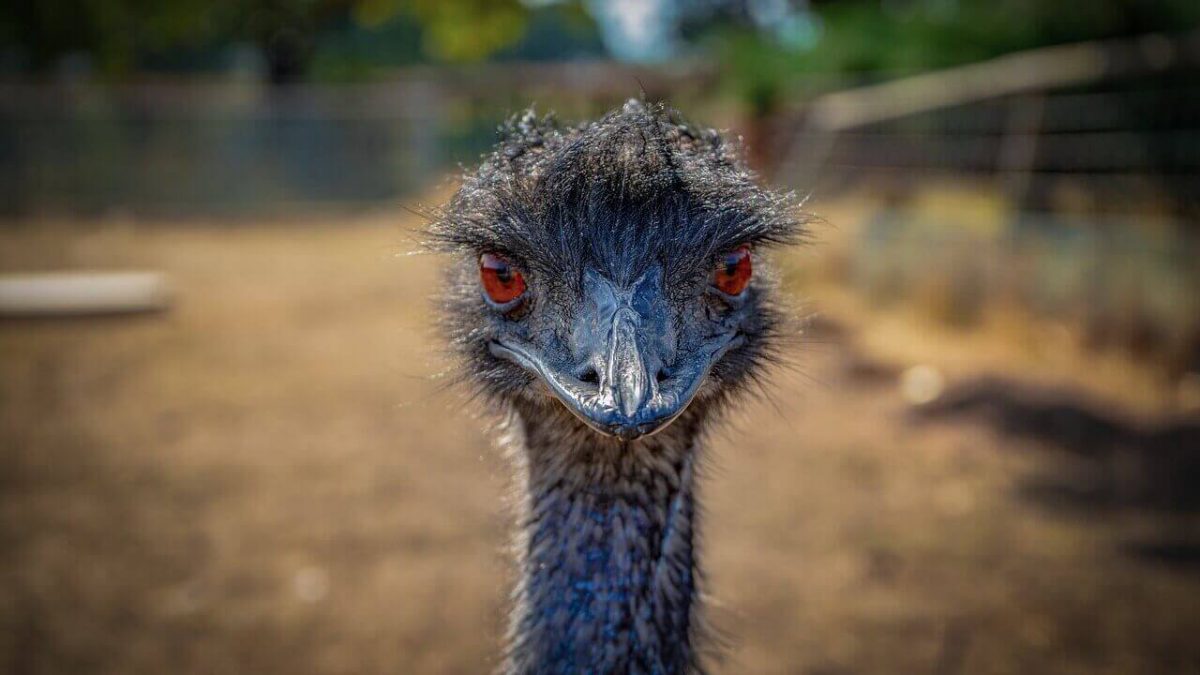 Around the world, numerous animals help people in everyday tasks. The most common animals people ride include horses and donkeys. But what about emu – can you ride an emu?

No, it is not possible to ride an emu because they are just not big enough. An adult person is too heavy to ride an emu. Emus are also known to shake off any weight that is put on them. Another thing to take into consideration before trying to ride an emu is the fact that they are protected by the law.

Why can’t you ride an emu?

You can’t ride emus simply because you will not get too far if you try to ride it. Meaning emus are not as strong as ostriches, and they cant be used for riding longer distances.

If you are smaller in size, an adult emu could be able to support your weight for a short period of time. But it would try to get rid of you as soon as possible.

An adult emu can grow up to 6 feet 2 inches tall and weighs an average of 70 points for a female and 84 for a male. Despite being so tall they are relatively lightweight and not strong enough to carry a fully adult person around.

They are the second-largest bird species on the planet today. However, emus are the largest living birds in Australia, where they are an endemic species.

Equipped with strong legs, long necks, and sharp beaks emus look vicious. One of the interesting facts about the emus is that it is the only bird with a calf muscle. Their strong legs make them able to run fast, swim fast and jump high.

Relative to their size, emus legs are quite powerful, but they are not able to carry a weight of an adult person.

Can a kid ride an emu?

A kid trying to ride an emu is reckless, dangerous, and we advise strongly against it. Emus have sharp beaks, sharp claws and they are very strong for their size. They shouldn’t be messed with.

But speaking in theory, would it be possible for an emu to support a rider that weighs like a child?

An adult male emu can probably support a weight of a child of around 45 pounds. Yet, they will try to shake it off as soon as possible. They will not allow being ridden and as a part of their defense mechanism, they would sit down and wiggle away.

Emus are also known to be quite defensive, and there are two recorded cases of emu attacks on humans. And because of all this, we advise you not to try riding an emu in any circumstance.

Is it legal to ride an emu?

Emus are native to Australia, and they are protected by Biodiversity Conservation Act 2016.

You need a license for farming emus or for keeping them as pets. It is also illegal to catch wild emus and keep them in captivity.

We mentioned already that it would be difficult for an emu to carry the weight of a person, but is it legal to ride an emu?

A few years ago a guy saved a wild emu from barb wire, and after that took an opportunity to make a joke about how he was riding this animal to work.

After becoming viral, the video went under attack from the viewers.

Even though he saved the animals’ life prior to filming the problematic video, the guy faced animal cruelty charges.

In conclusion, in Australia, it is also illegal to ride an emu and it is seen as animal cruelty. Anyone caught doing so could pay a serious fine, or even be faced with a jail sentence.

How fast are emus?

An emu can run up to 31mph, and they have quite an endurance. They are nomadic animals, so if needed, they can cover large distances.

While walking, their stride is around 3.3 feet, but when at full speed, their one-step can cover almost three times larger distances (around 9 feet).

Apart from running fast, an emu can also jump pretty high. Their strong legs and calf muscle give them the ability to achieve up to 7 feet high vertical jump. This is not a surprising fact since emu’s legs are among the strongest of any animal.

Emus are the second-largest birds living on the planet, but they are too small to support the weight of an adult human. Because of that, it is not possible to ride an emu.

Emus have strong legs that enable them to run fast, jump high, and even be good swimmers; but ridding them is not an option.

Emus are native to Australia and local laws and regulations protect illegal farming, capturing, and harming the animal. They have closely related to the biggest flightless bird in the world, an ostrich.