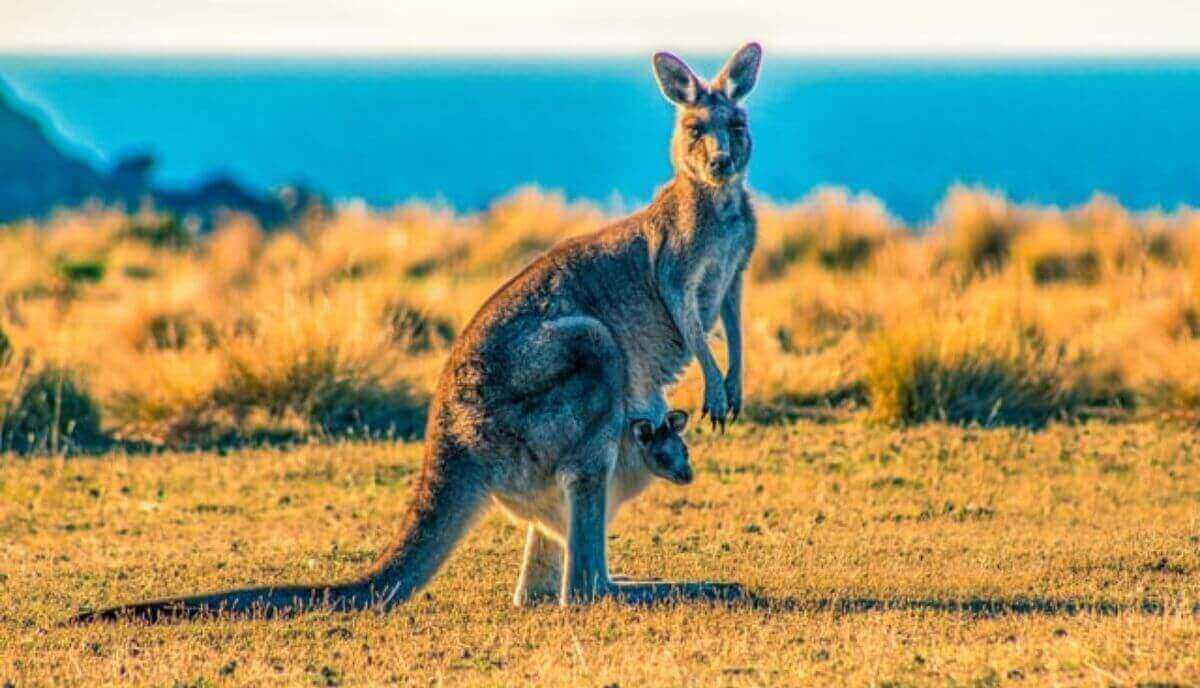 Known to be Australia’s most famous animal, kangaroos, also widely called the “roo”, are large marsupials – a term that refers to animals that carry their young in a pouch.

Cutting to the chase, can you ride a kangaroo? If you think that that’s an absurd question, prepare to be surprised at how often it gets asked and searched on Google! Here’s the short answer and later on I will explain in more detail:

Can You Ride a Kangaroo?

Some people believe that kangaroos are used as a mode of transport in Australia, an antiquated method that they think is likely still in existence.

The fact of the matter is that, NO, you cannot ride a kangaroo, and neither do those in Australia!

Just like us humans, kangaroos are capable of standing quite upright, which makes it practically impossible for people to ride them. But, that would be the least of your worries!

Though kangaroos are jumpy and tend to get scared easily, this characteristic doesn’t make them any less of a threat, especially if and when someone tries to pull a stunt trying to ride them.

They have huge claws that can easily tear through your flesh, and they are known to cause serious harm with their massive teeth as well.

Kangaroos will feel threatened if you try to grab them from their back, and you will be treated as a predator. Not to mention, female kangaroos get protective of their babies, and yes, they will fight to protect their littles if they feel threatened.

Can a Child Ride a Kangaroo?

Trying to ride a kangaroo is not recommended either for adults or children. As discussed earlier, kangaroos are vicious animals and can cause serious harm and injuries when provoked. So, it is safe to say that children should not ride a kangaroo.

But speaking in theory, would a kangaroo be able to carry the weight of a child on its back? Most likely, yes.

Kangaroos are strong animals equipped with powerful hind legs, and they could certainly carry the weight of a child. However, they would not tolerate that kind of ‘game’. Hence, we strongly advise you not to try to ride a kangaroo, especially not children.

So, the next time you think about it or if someone asks you, “can you ride a kangaroo?”, just keep in mind that this powerful animal can knock you off your feet in an instant.

Can You Ride in a Kangaroo Pouch?

Well, despite what some cartoons depict, NO, humans cannot ride in a kangaroo pouch. Safety issues aside, a mother kangaroo’s pouch is often too small for an average-sized human to even think about riding.

Moreover, the entry to the pouch will be strictly constricted by the mother to forbid the entry of any other “joey” other than her own. So if you try to enter in a kangaroo pouch, do not get surprised if you get punched in the head.

Is it legal to ride a kangaroo?

Besides being dangerous, above all, it is forbidden to ride a kangaroo. Kangaroos are protected in many Australian states and it is illegal to ‘harm’ or even ‘attempt to harm’ the animal in those regions.

In other words, you cannot hunt, pursue or use anything for the purpose of harming kangaroos, let alone ride them. Anyone who gets caught for animal cruelty can face up a fine of 22,000$ and up to five years jail sentence.

A male kangaroo is commonly referred to as a boomer and a female as jill. Baby kangaroos are lovingly called joeys, and they get carried by their mothers in their pouch, like any other marsupial baby.

A number of kangaroos forming a group are called a mob, which typically contains 50 or more of these animals, and kangaroos are herbivores by nature.

Indigenous to Australia, kangaroos display a speed of over 56km/hour, and their long and strong tail helps them maintain balance while leaping. These are marsupials that can reach more than 2 meters in height, which makes them the tallest in the marsupial family.