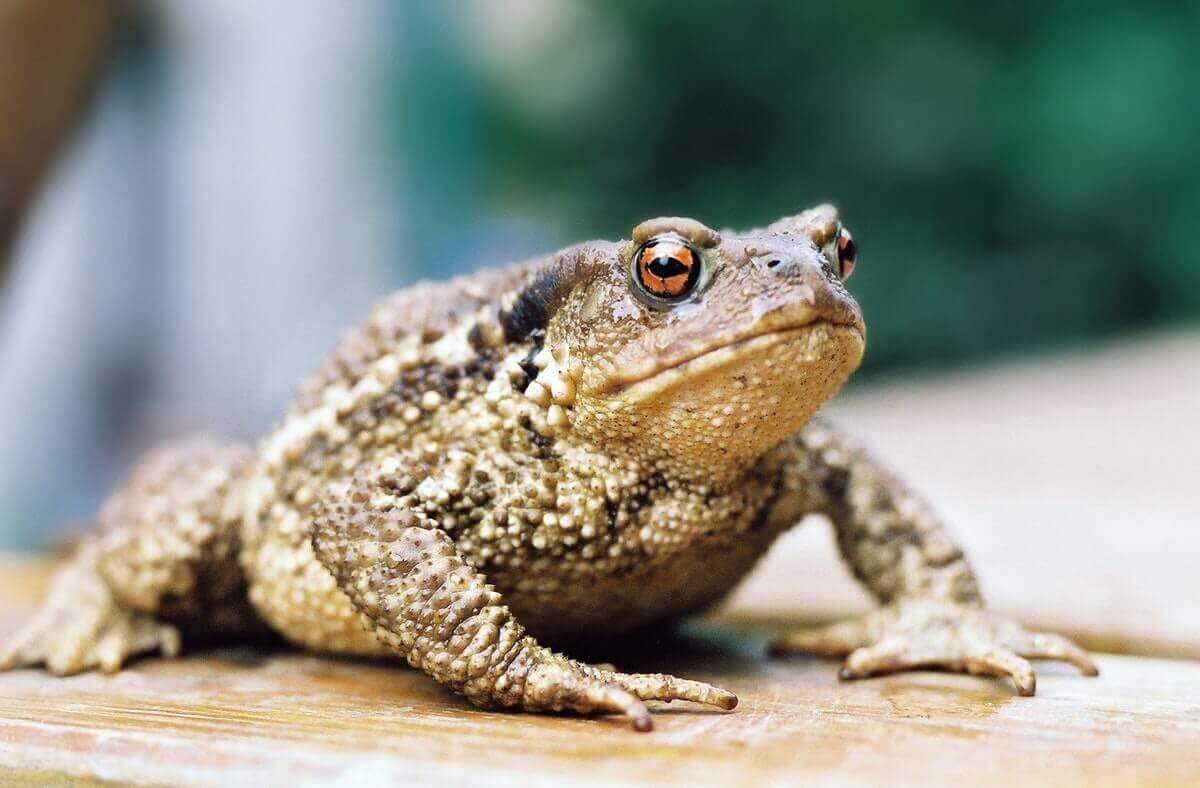 If you ever visited the French region of Dombes, you probably heard about “Cuisses de Grenouille”. Maybe you even tried it. France consumes more than 4,000 tonnes of it each year.

This may be a traditional French dish, but this type of meat is often consumed in China and other Asian countries. In the United States, it is most popular in the former French colony of Louisiana. In case you didn’t guess by now, we are talking about frog legs.

So frogs are edible, but what about toads? Can you eat toads in a similar fashion?

The short answer is no, you should not eat toads because most toads contain venom in their skin and glands. Some species are more dangerous than others. For example, Cane Toads are highly venomous, and they are linked to multiple human deaths, so it is not a good idea to try one.

What is the Difference Between a Frog and a Toad?

How do we explain this?

According to zoologists, there is no scientific distinction between frogs and toads. They are closely related and they all belong to the same animal order Anura (frogs). This means that all toads are actually frogs, but not all frogs are toads.

You could say that toad is a traditional name for members of the Anura (frogs) order that have certain characteristics.

The name toad is used for a variety of species that are short-legged and with rough skin. They mostly live on land but near water. Frogs on the other hand, usually have smooth skin and long legs. Toads have wider noses while frogs have a more pointy look.

Related: Can You Eat Vultures?

Yes, all true toads are poisonous. They produce a poisonous secretion that helps the toad to defend itself. This is done by a pair of parotoid glands on the back of their heads.

The glands produce toxins that are excreted when the toad is threatened or stressed. The poison in the glands can contain different toxins, but the general name for them is bufotoxin.

Bufotoxins can be found in toads and other amphibians, but also some plants and mushrooms.

Bufotoxin can be more or less venomous depending on the species. The Cane toad is responsible for the death of many pets. Even human casualties have been recorded. Pets can die within 15 minutes of being exposed to the venom.

Colorado river toad glands contain a potent hallucinogen, an alkaloid tryptamine (5-MeO-DMT). These toads have often been used recreationally for the effects of their bufotoxin. This is, of course, illegal in many countries.

Can You Eat a Toad – Will it Kill You?

Most of the toads contain toxins and glands that produce venom. Luckily, they will not poison you simply by contact.

The majority of the toad species are not toxic enough to harm a human, but you should still be careful because some species are.

The Cane toad was involved in multiple human casualties.

Chinese authorities issue a warning to people not to make toad soup. According to Chinese folk medicine, toad soup is considered a medicine for certain medical conditions. Unfortunately, this belief cost some people their lives. (source)

Mistreatment of the Colorado river toad also led to human casualties. In 2019. Spanish actor was charged with manslaughter after he organized a toad ceremony. One person died after inhaling a large amount of the venom milked from the Colorado River toad. (source)

In all of these cases, the people knew that toads were toxic and they tried to use the toxins for a certain reason. Unfortunately for them, the information they had about the safety of these chemicals was wrong and led them to their death.

Can you lick a toad?

People do all kinds of crazy things for various different reasons. Licking toxic toads is one of those things. Some do it for a mystical reason, others do it to experience something new.

Whatever the reason may be, licking toxic toads can be dangerous.

As part of its defense mechanism, the Colorado river toad has glands that produce many chemicals and toxins. One of them is an alkaloid tryptamine (5-MeO-DMT).

The use of these substances is linked to several deaths. When combined with other chemicals it can produce extreme hyperthermia. It disrupts mechanisms in the brain responsible for controlling body temperature.

What is the most poisonous toad?

The Cane toad is considered the most poisonous toad in the world.

Followed by the Colorado River toad, also known as the Sonoran desert toad. Both of these species can be harmful to humans. Luckily human casualties are rare.

They often hurt dogs and other pets that try to eat them. Depending on the size of the dog and the amount of venom it ingested, death can occur within 15 minutes.

There are many misconceptions about toads. Many people say that you can get poisoned or grow warts from skin-to-skin contact with a toad.

This is not true. To be poisoned you would need to eat the toad or ingest its venom. Unless that was the case, you shouldn’t be afraid if you got in contact with a toad.

Related: Can You Eat Robins?

Most toads have glands that produce toxins. These toxins are used to protect the toad from predators. It is dangerous to eat toads, especially if you don’t know exactly which species. Some are species are toxic to humans and if you eat them you could get hurt or even die. Cane toad and Colorado river toad are among the most poisonous to humans. But don’t be afraid if you come across them, they are not going to hurt you unless you eat them or ingest their venom.