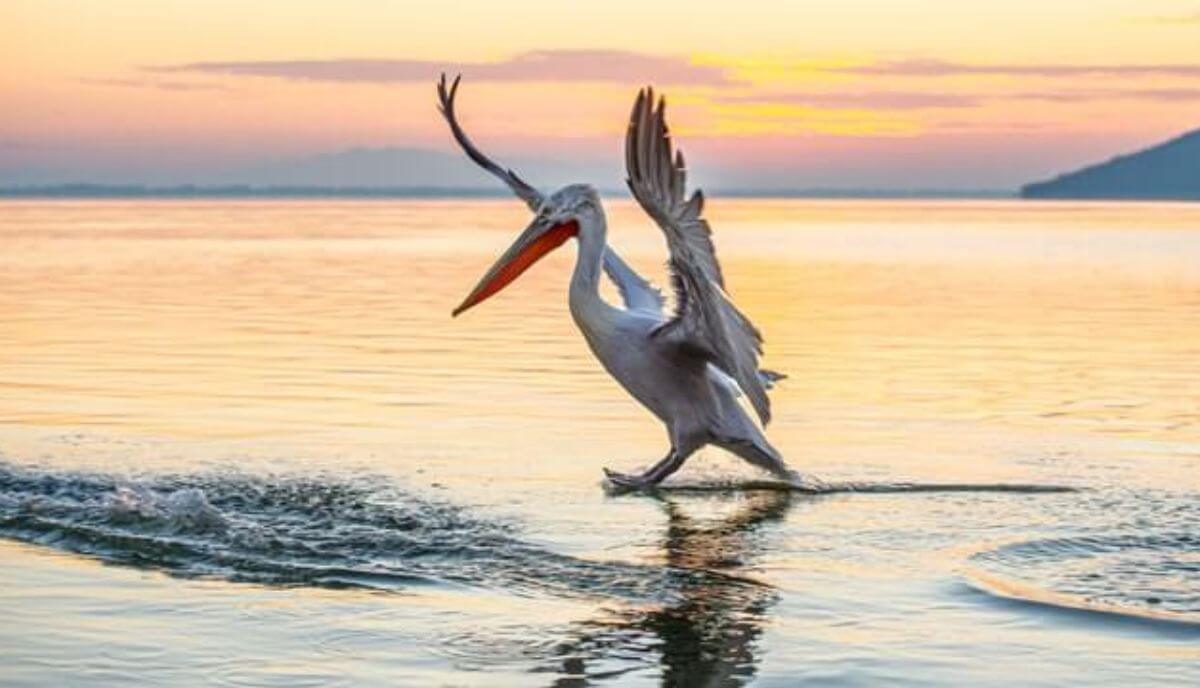 Pelicans are large birds that dwell primarily in aquatic habitats. They are also incredibly widespread, as pelicans are found on every continent except Antarctica.

Their wide range means these birds are often wondered about, and one question that’s seldom asked is, can you eat pelicans?

Yes, you can eat a pelican, although many bird species are illegal to hunt. This reason, alongside its taste, are why it’s not common practice to consume pelican meat. Additionally, a pelican’s meat is rare; you would have to get it from the wild and not from retail stores.

Can You Eat Pelicans?

Brown pelicans were considered endangered until 2009, while white pelicans are still regarded as endangered in some states in the United States of America.

Pelican meat can be ingested, but hunting down one of the birds might get you in trouble depending on where it’s done, as they’re a protected bird species in many countries.

It’s considered a crime to do so there, while they’re eaten as delicacies in some parts of Africa.

There isn’t much information regarding how to prepare the meat of this seabird online or what to eat it with either since it isn’t commonly consumed. This might pose a problem to people looking to learn more about eating this bird and probably deter them even further.

For those people looking for answers, we’ve got loads of them down below. Just read on to see.

It has been reported that pelican meat has a fish-like smell and a taste of the same nature. Therefore, it’s clear that the flesh of a pelican has many characteristics it shares with its primary food source.

This fishy-smelling and fishy-tasting meat are not tender, is quite greasy to the touch, and is somewhat dark in color as well. From all this, we can infer it isn’t the most palatable or even ideal source of animal-based source protein out there.

Other people have said the pelican meat is akin to that of a turkey. Still, in the end, the taste of a pelican is a highly subjective issue.

Pelicans are carnivorous seabirds, and because of that, their diet is made primarily out of fish and other similar aquatic life. This is most likely the reason for its fishy smell, taste, and oily texture, giving that claim some substance to it.

Although pelican meat is entirely safe to consume (if it’s cooked properly), its aquatic lifestyle makes the taste of its meat displeasing. It’s crucial to note that this isn’t an uncommon trait, as many seabirds tend to taste similar.

Pelicans themselves are also known for their fowl (get it?) odor, so this information about the nature of their meat should come as no surprise.

Can You Eat Pelican Eggs?

Pelican eggs can be eaten but aren’t for some reason. People don’t widely consume pelican eggs compared to the eggs of their feathered counterparts like chicken, quails, or even the ostrich.

A common trait the egg of the pelican shares with its meat, though, is the fact that they’re both considered delicacies in some cultures.

Pelican eggs are white and look like they’ve been scratched slightly. They are also noticeably larger than a chicken’s average egg, which is said to be incredibly high in fats and a non-essential nutrient, cholesterol.

For this reason, they aren’t the healthiest choice when it comes to potentially consumable eggs.

Little is known about the nutrients contained in pelican meat due to the minimal research that has been done on it. One study showed the protein content of the meat was heavily reliant on the pelican diet.

Unless you trust the source of the meat or decide to raise some yourself, there is really no guarantee that you’d be getting a lot of nutrients from pelican meat.

Pelican meat is also said to contain decent levels of mercury, which is a highly toxic element.

Since the most likely source of the meat is from the wild, the fact that it might not contain any antibiotics is sure, compared to its processed counterparts, like the chicken and turkey obtained from stores.

Another upside is the fact that the flesh of a pelican is also said to be much thinner too.

How to Prepare Pelican Meat?

Pelicans are rarely domesticated, existing mainly in the wild. The meat of wild birds, as well as that of other animals, usually contains a host of viruses and other unfavorable microbes.

For this reason, it’s very important that pelican meat be cooked carefully and thoroughly to prevent the intake of those microorganisms.

Be sure to season it heavily so the spices can overcome any potentially displeasing taste.

You can apply a variety of cooking methods when you want to prepare the meat of pelicans. Use oil for baking and roasting, and coat both sides of the cut with flour when deep-frying.

In all cases, make sure the meat has been cooked properly before consumption.

In summary – Are Pelicans Edible?

Overall, pelicans are edible seabirds. However, they aren’t consumed for several reasons, and one reason we didn’t include but is most likely true is that a good deal of people just doesn’t see the bird as a source of meat.

That, alongside its taste, preservative status, and rarity, are the most common reasons people don’t eat pelicans.

And last but not least, pelicans are protected by the Migratory Bird Treaty Act. As a result, hunting, possessing, or harming the birds in any way can get you in trouble.

Thank you for reading. If you liked this post, here’s a recommendation of another similar bird post: Are Peacocks Edible?