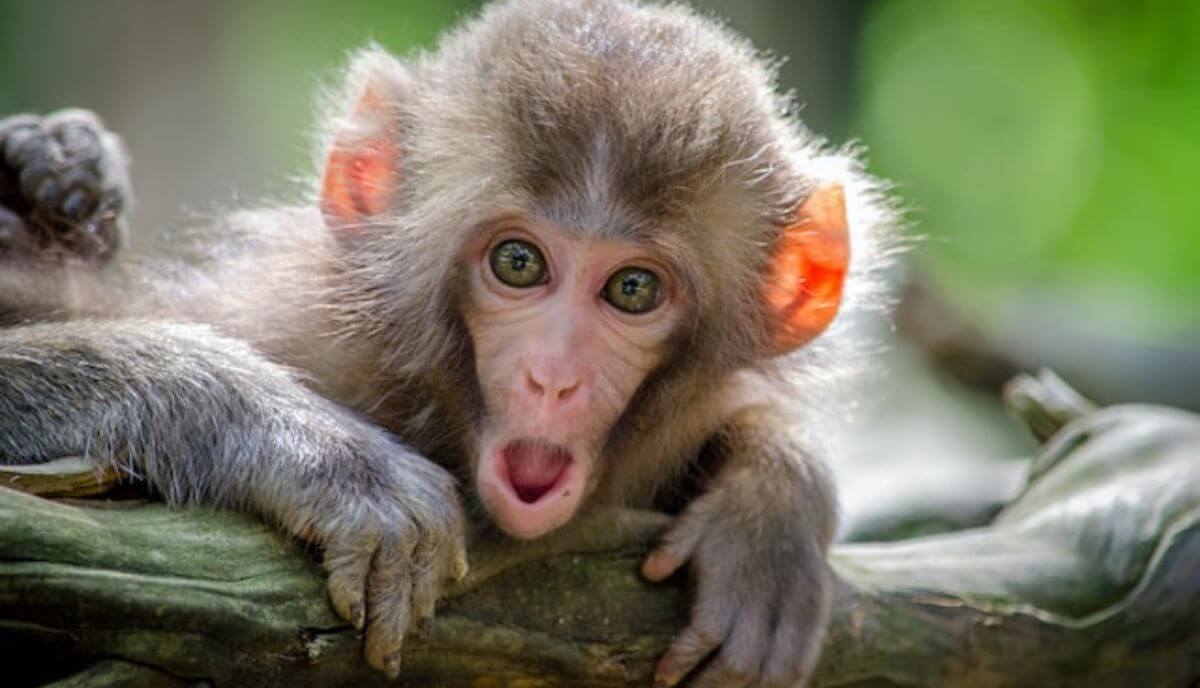 Human beings are omnivores by nature. This means we can eat whatever we like as long as we want to and can digest it.

However, I recently read an article about monkey meat, which led me to think – can you eat a monkey? Is it even legal?

The short answer is that you can eat monkeys and that their meat is edible. In fact, eating monkeys is regarded as a delicacy in many parts of Asia and Africa. However, bringing bushmeat into the United States and many other European countries is illegal. As a result, importing monkey meat carries fines of up to $250,000.

Even so, should you genuinely eat monkeys if you could? Keep reading to learn more, as I will cover all the information you need to know regarding monkey meat.

Yes, it is true that many people eat monkeys and see it as a regular meal. Monkey meat is consumed primarily in the Republic of Congo, Liberia, South Sudan, the Central African Republic, Cameroon, Vietnam, Cambodia, India, China, Japan, and Indonesia.

Monkey meat, commonly known as bushmeat, is especially popular and a continental delicacy in the African countries mentioned above.

The Bari people of South Sudan, in particular, eat monkey meat specifically to set them apart from outsiders or non-indigenous people. Monkey meat consumption is to the Bari people what a national flag is to most countries – a national identity.

While bushmeat to some people may be a mere tradition and to others a delicacy. For small nomadic tribes like the Raute people of Nepal, monkey meat is their main protein source.

Raute people survive on monkey meat alongside vegetables and grains they traded with their woodcraft to neighboring villages.

The meat of monkeys is a highly cherished delicacy that African immigrants in the US tend to find any means, even through illegal sources, to carry monkey meats over borders for their satisfaction.

Although seen as a sumptuous delicacy, today, many Africans frown on the hunting and consumption of monkey meat – to them, monkeys look too human to be consumed by humans.

This brings us to our next question…

Now don’t get me wrong, I have never had monkey meat.

But I did some homework.

People who have tried monkey meat say it tastes slightly gamey and smoky. However, the taste may vary depending on the monkey’s diet and the species. But broadly speaking, monkey meat tastes like something in between deer meat, goat meat, and pork.

Monkeys are muscular animals and therefore produce less fatty meat. So, for many, monkey meat is not very tasty.

But with the right amount and type of seasoning that can be handled.

The taste of monkey meat also depends on the method of cooking; boiled, roasted, or fried. Monkey meat is better had either roasted or fried.

I may conclude that it would be unlikely for the average human to love the taste of monkey meat in light of all these flavor combinations, in addition to that hint of gamey flavor.

Related: Can You Eat a Toad?

No, eating monkeys is not a cannibalistic act. Cannibalism is the practice of eating the flesh or any body part or internal organs of one’s own species.

Monkeys are primates just like us and have equally evolved from the same ancestors. Our genetic structure is the same as theirs, and we have almost similar cognitive reasoning.

However, down the lane of evolution, we evolved to become different and somewhat distinct from them.

Monkeys are a different species from us. And because they are not us in flesh and blood, eating a monkey cannot be considered cannibalism.

But (if you ask me), it is as close as cannibalism can get.

Can You Eat Monkey Brains?

Although you might find the concept of consuming an animal’s brain unpleasant, you can indeed eat monkey brains. Nevertheless, there are many who consider monkey brains to be a delectable dish. In actuality, many Chinese people enjoy eating monkey brains.

Even if you think you might find monkey brains delicious and not weird, it is in your best interest to steer clear of such a ‘treat.’

Read Also: Can You Eat Pelicans?

Here are a couple of things you might be curious about.

What is Monkey Meat Called?

Monkey meat is commonly referred to as bushmeat, and the name originated from Africa. All meat from wild game or in the forest (bush) is called bushmeat.

The meat of gorillas, chimpanzees, porcupines, etc., is also a type of bushmeat.

Is it Normal to Eat Monkeys?

For you and me, eating a monkey is probably not something ordinary. For many Africans and Asians, consuming monkeys is a pretty usual meal. To them, it is the same as cow meat or goat meat – it is normal as normal can get.

However, it is not safe to consume monkeys. Monkey meat may be the cause of Ebola, HIV, and monkeypox.

There are rumors that the natives of a tribe in Bolivia suffer heart-related diseases because they consume monkey meat.

Monkey meat is not legal in the majority of countries. There are a lot of complications when it comes to monkeys as food. Each country has different concerns and, therefore, a different reason for the ban on trade.

In Africa, for example, the monkeys, as well as gorillas, are facing possible extinction.

Therefore a ban has been placed on the meat trade. This is why there are heavy penalties for anyone attempting to smuggle monkey meat into the United States.

But, the strict laws enacted to hinder the trade have made almost no impact, especially in African countries.

In Conclusion – Can You Eat a Monkey?

Eating monkey meat is possible. It tastes unusual and almost weird for first-time eaters, but it can be quite a delicacy when cooked properly.

Also, it may not be an act of cannibalism or inhumane, but still having bushmeat might be you potentially putting everyone in danger. In addition, monkey populations, as well as that of other primates, are steadily decreasing; they are almost going extinct, so we should save our distant cousins and not eat them.

Monkeys also house many viruses that can be hazardous to our health and could even cost us our lives. Our civilization does not need the possibility of contracting another viral disease.

Thank you for reading. If you liked this article, here’s another popular monkey topic: Cutest Monkeys in the World.