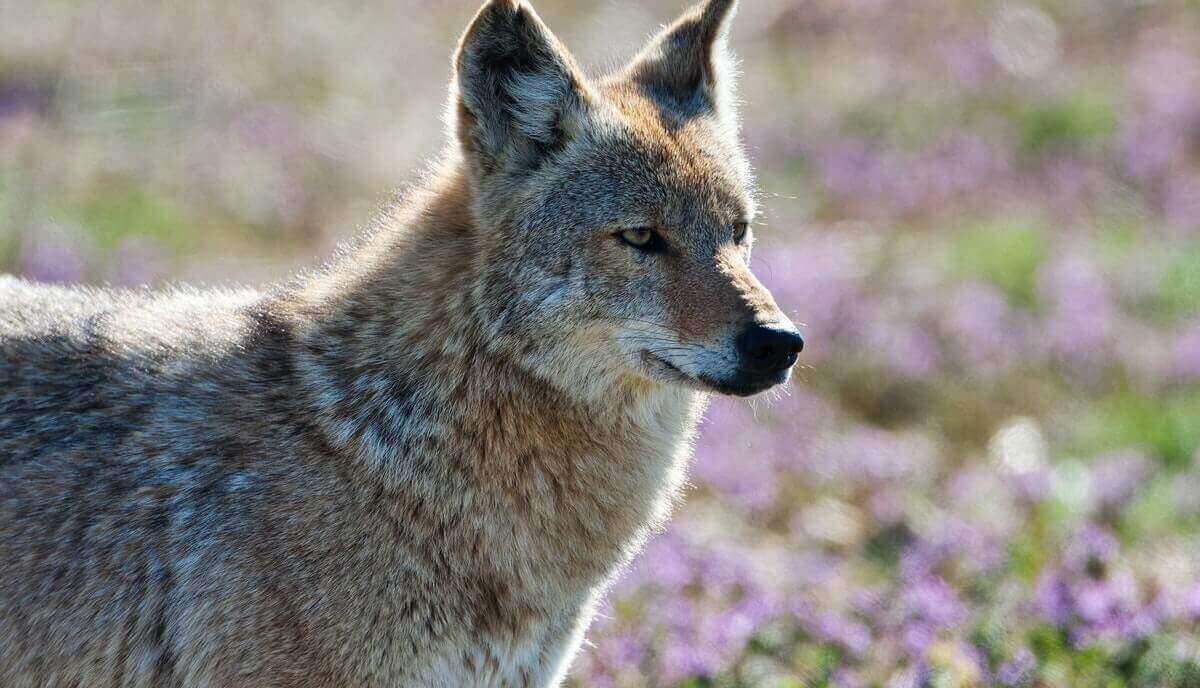 Coyotes are intelligent creatures that mastered survival skills in harsh environments for hundreds of years. Many people consider them to be highly destructive pests because of the predation of livestock.

But can coyotes climb trees?

No, coyotes can’t climb trees. Their bodies are not adapted for climbing trees, as their claws are not sharp enough. Coyotes are unable to wrap their forward legs around the tree to climb. Just like other canine species members, coyotes are not good at tree climbing.

Unlike cats, coyotes can’t wrap their front limbs around the tree trunk. Their claws are not retractable so they get blunt from walking and running.

Coyotes don’t need to climb on trees for protection, they seek protection by using burrows or by digging dens.

Due to their speed of up to 40mph, they can outrun almost any predator. But when it comes to climbing trees, they are simply not built for it.

Coyotes can jump over almost any fence height by bouncing their back legs against it. A similar technique that dogs use to jump over fences and obstacles.

Adult coyotes can jump up to 3 feet in the air, which does not seem like much compared to average fence height. This doesn’t mean that a normal fence can stop them.

Coyotes are agile and adept animals, and as we have seen, they can jump relatively high, and so to keep the coyotes away, you would need to put a roll bar at the top of your fence.

How high can coyotes jump?

Coyotes hunt rabbits, rodents, and other small prey by tracking them down and pouncing. Often, in areas covered in snow, they need to catch prey that is moving under the snow.

They do so by leaping high and diving down to pierce the snow cover and catch the animal below. Coyotes can achieve a vertical jump of up to 3 feet.

This is an interesting hunting strategy that can also be observed in some other canine species like foxes.

How to keep coyotes away from your house?

A normal fence will not stop the coyotes. To keep coyotes away you would need a fence that is around 6 feet tall with something extra on the top to prevent them to jump over.

As an addition to the fence, there are few more ways to keep the coyotes away from your house. Coyotes dislike certain smells and it could demotivate them from getting inside your backyard if they can smell it. They usually don’t like vinegar, pepper spray, etc.

They are afraid of their big cousin the wolf, so some people use wolf urine as a repellent. Besides smells, coyotes don’t like bright light, so putting the motion sensor lighting could also prevent them from getting near.

Are coyotes dangerous to dogs and cats?

Coyotes prey on rodents, rabbits, squirrels, and other small animals. When hunting in a pack they can even kill a deer, but usually, they feed on smaller animals.

That being said, cats are more likely to be attacked by coyotes than dogs. Attacks on dogs are less common, but it also depends on the size of the dog. Smaller dogs are surely more in danger than larger dogs.

Big dogs like Mastiffs, Great Pyrenese, Konodors, etc. are used to guard properties and to keep the coyotes and wolfs away.

If you are living in an area where coyote encounters are common, it is best to keep your pets inside during the night and to invest in proper fencing.

Coyotes howl as a means of communication. They communicate with each other by howling and yipping. They use this also to establish their territory and to tell other coyotes not to intrude.

Coyotes are mostly nocturnal animals and actively hunt during the night, that’s why you can hear their howls in the night.

Coyotes are fast, agile, and nimble, so most of the time they can jump fences without much difficulty. To keep them away you need to install a rolling bar or barb wire at the top of the fence. Normal fences are not enough to keep them away.

On the other hand, they are not so capable when it comes to climbing trees. Coyotes cant climb trees because they don’t have sharp claws and they are unable to wrap their legs around the tree trunk.