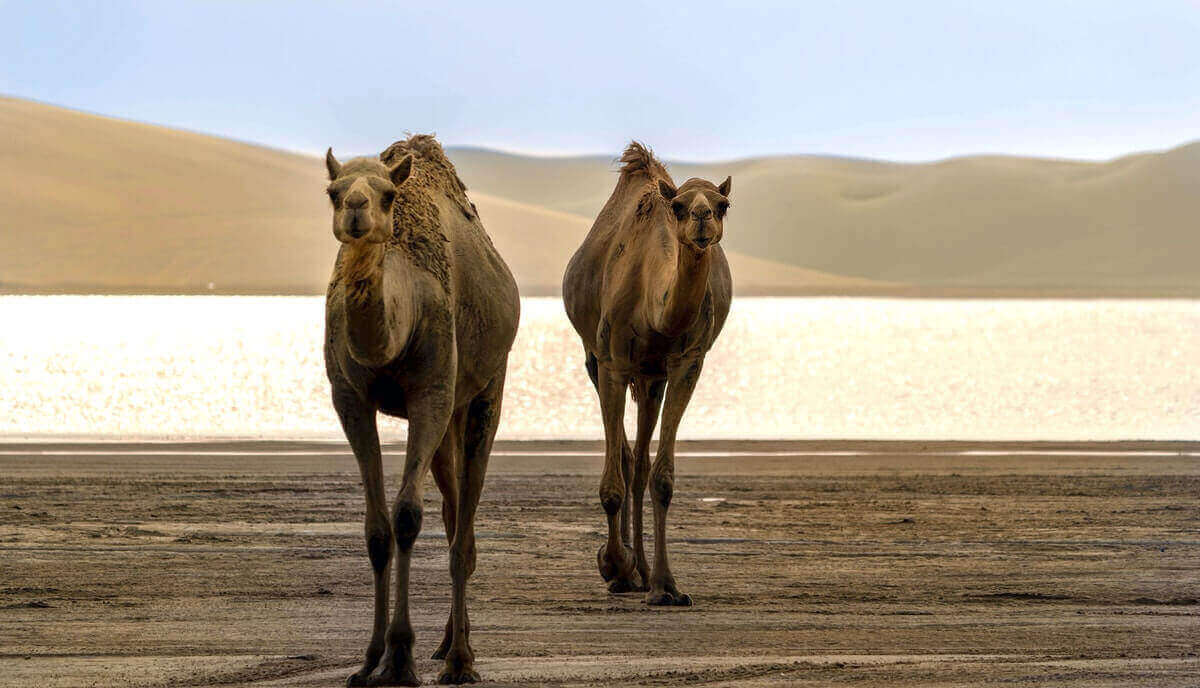 Regardless of their clumsy look, camels are very enduring and agile animals. A grown camel can carry half of its body weight for 8 hours a day. Also, they are pretty fast. A camel can run at up to 40mph.

But in case the question you are looking for is – can camels jump?

Camels can jump, yes. Yet, they do not really jump high. When running, camels are at some point off the ground with all four feet. And even though this is not very high, it is considered a jump.

How high can a camel jump? What are some other animals that are not able to jump?

Camels have strong legs and flat, broad pads with two toes on the foot. When walking, camels move both feet from one side of the body then the other side. This is called pace or lateral walk.

Both camels and horses walk in the same way. In addition, while running, camels gallop as horses do. In the suspension phase, when galloping, all four legs are bent rather than extended.

As a result, all four feet are not touching the ground at that point of a gallop.

You ask yourself, how is this even considered jumping? Well, the definition of gallop is – “two side stride in which all four legs are off the ground, in a simultaneous way”.

For animals that can gallop, we can say that they are also able to jump.

How high can a camel jump?

Your next question is probably going to be how high can camels jump? Unlike horses, who can jump over high hurdles, camels can’t.

They only jump as high as they are floating above the ground while running at the highest speeds.

Meaning the faster the camel runs, the higher it goes off the ground. That is basically only a few inches high.

The human and camel relationship start long ago. In some Asian and African regions, camel racing is a very popular sport, which attracts a lot of attention from tourists. And also, despite modern vehicles, in some countries, camels are still used as means of transport.

People in Africa and the Middle East used camels for their long desert journeys. Also known as “the ship of the desert,” camels are known as gifts of gods among Arabian people.

Because of camels’ endurance and ability to go without water for a long time in deserts, camels were perfect travel partners.

When traveling, camels are attached to each other. The main camel, the first one in the row is the head camel, which is driven by a camel driver.

Also known as “general manager” or “camel-puller” who is usually an older male with previous experience in a camel train. 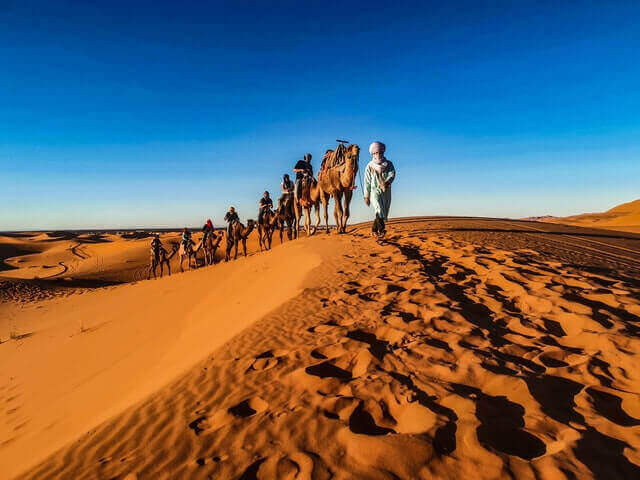 Not many animals on the planet are incapable of jumping, but here are a few worth mentioning:

In conclusion, camels are able to jump. However, they are not capable of leaping from a standing point, but while running camels are above the ground for a split of seconds, which is technically seen as jumping.