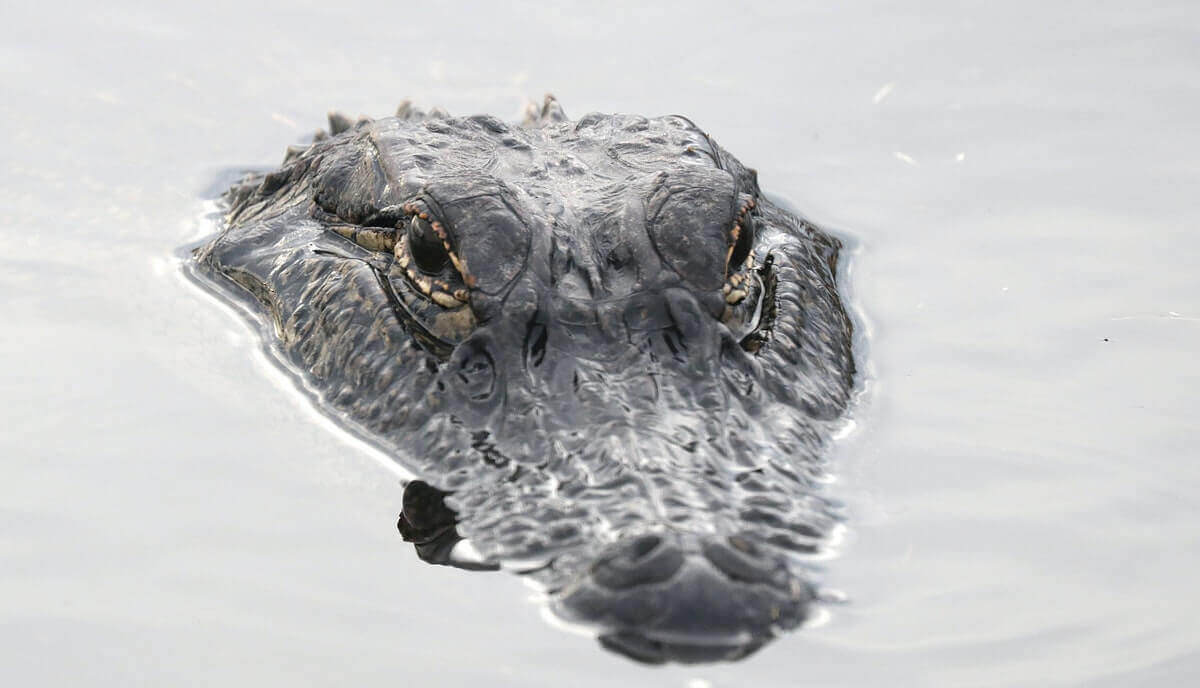 Alligators are reptiles that live in freshwater environments, such as rivers and lakes. They can grow up to 16 feet long and weigh over 1000 pounds! Besides their scary appearance, alligators have an incredible sense of smell.

But can alligators smell blood?

Yes, alligators can smell blood. These ancient animals have a strong sense of smell, and they can smell blood from far away. In fact, an alligator can smell a single drop of blood in 10 gallons of water. And they are also able to detect the smell of animal carcasses from over 4 miles away.

How good is an alligator’s sense of smell?

The sense of smell is an alligator’s most acute sense.

At the tip of their snout are two nostrils that serve for breathing and collecting odors that are further processed in smell sense receptors. Only the tip of the snouts needs to be above water, in order for alligators to breathe.

Nostrils transfer the smell to olfactory bulbs that give them this important ability. The olfactory bulb is positioned in the gator’s skull and it has a role in odor recognition. These creatures have a bulb as big as a walnut, which helps them detect a variety of smells.

Gators also have two regions of the front of the brain. And because there are two of them they can tell whether the smell is coming from the left or the right or from straight in front.

Alligators basically sampling the air as it’s being breathed.

Can alligators smell blood in the water?

For those of you who have ever seen an alligator, you know that they can be terrifying and aggressive creatures. One question people often ask is if alligators are able to smell blood in the water.

This may sound absurd, but it’s actually possible for gators to detect the scent in the water!

Their smell receptors are super sensitive, and they can detect water chemicals released by rotting flesh or blood.

Alligators are not only limited to smelling blood when they come into contact with it – they can smell it even when it is on land or in the air.

They’re not without reason portrayed as bloodthirsty, ruthless killers. Alligators are one of the most dangerous creatures that ever walked on planet earth, and they will hunt and eat just about anything they can locate.

Ever wonder if alligators can smell period blood? Well, the answer is yes! Alligators are able to smell blood from long distances.

So in case you are in a period, it is highly recommended to avoid high alligator areas. Especially during dusk and dawn, when gators are most active.

However, in general, alligators are scared of humans, and they tend to avoid any human presence. According to BBC, there are only 0.06 attacks per 100,000 people, per year.

When they are underwater, alligators will close their nostrils and so they are not able to breathe underwater. But alligators have the ability to hold their breath for up to 24 hours.

When staying underwater for such long periods, these reptiles drop to 2 or 3 heartbeats per minute. Which helps them reduce oxygen consumption.

However, when they need to breathe, they would peek the tip of their snouts above the water surface to inhale.

Do alligators hunt by smell?

Their sensitive nostrils help them navigate through the water as well as identify other alligators in the area.

How important gator’s sense of smell tells the fact they are able to catch their prey even when they go blind. In these conditions, an alligator would only rely on a sense of smell and hearing to locate its prey.

According to National Geographic, alligators are twice as successful when they are hunting from underwater. And they are much more likely to catch animals like crayfish or turtles compared to land mammals. This is because these reptiles also heavily rely on the sensory organs that they use to detect vibrations around them.

If you’ve ever been near an alligator farm or seen one at a zoo, you may have noticed that before the animal starts moving it often will lift its head up for several seconds sniffing around for any sign of danger nearby. Just imagine how things would be different if we lost our sense of smell!

Alligators are able to smell blood. These apex predators have one of the most acute smell receptors in the whole animal kingdom. Alligators can smell blood or animal carcass from miles away in water, land, or air.