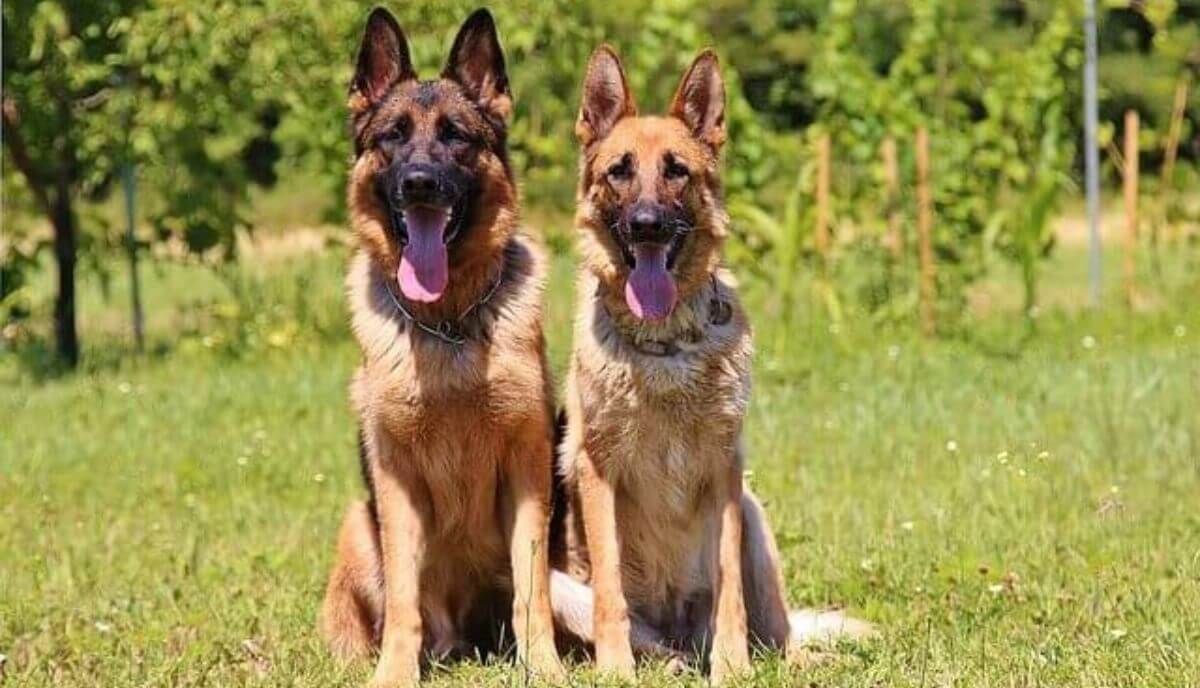 When it comes to the bravest animals in the world, most of us assume them to be lions. After all, they’re the king of the wild!

But, did you know that apart from lions, there are several fearless animals that don’t back down in a fight?

Animals like honey badgers, tigers, German shepherds, cape buffaloes, hippopotamus, and elephants are some of the bravest animals in the world.

Read on if you’re curious to learn more about these brave animals.

Top 5 Bravest Animals In The World

There is a reason why honey badgers are given the title of the “most fearless animal in the world” by the Guinness Book of Records. Honey badgers don’t back down from a fight despite their small size. In fact, there have been instances where these little mammals have fought off much larger animals, including leopards and lions!

One main characteristic that allows honey badgers to defend themselves is their strong and thick skin.

Additionally, honey badgers also have another advantage of having loose skin. This type of skin lets them squirm their body and escape from the predator’s mouth.

Apart from the skin, honey badgers also have sharp teeth and claws. Their teeth are so powerful that they can break a tortoise’s shell! This allows them to attack their opponents with enough confidence.

Honey badgers aren’t all about attacking, though. Sometimes, if they feel threatened, they defend themselves by releasing an off-putting odor to ward off the predators.

So, don’t judge a honey badger by its size, as it certainly won’t give up without a fight! 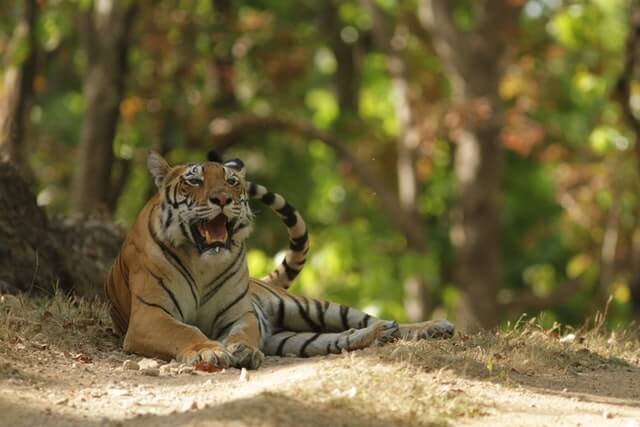 Tigers are often seen as the symbol of courage and strength in various ancient cultures, like the Chinese culture.

These predatory animals can exert a force of 10,000 pounds just with their paws while fighting with any animal. This power is usually strong enough to kill the opponent or cause severe damage to their body.

Additionally, tigers also have the benefit of having longer back legs than hind legs. This gives them an edge over other animals as they can run faster and jump higher!

However, tigers aren’t just brave due to their physical strength. These felines have an extraordinarily determined and strong-willed nature.

As a matter of fact, you’d even find idioms such as “eye of the tiger” that have come into existence due to a tiger’s fierce and courageous attitude.

Lastly, tigers are known to be strategic. If they don’t want to engage in a fight, they will easily camouflage themselves as a defense mechanism. 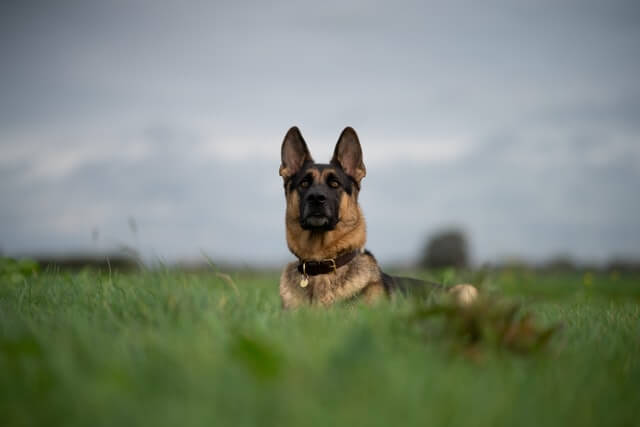 Most dogs are brave animals. However, German Shepherds stand out from the rest due to their high intelligence and strong nature.

Since time immemorial, these loyal animals have been used by humankind for purposes other than simply keeping them as house pets.

For instance, during the early days, farmers used German Shepherds to protect the flocks from any predators. Presently, they are used by several police forces to track criminals and sniff out any suspicious objects too.

Due to their muscular build and determined personality, German Shepherds are also used to rescue people during calamities, like floods!

In the wild, German Shepherds can fend for themselves for various reasons.

First, these dogs have sharp, pointy canines that can tear into their opponent’s skin. According to the American Animal Hospital Association, a German Shepherd’s bite is one of the most severe among other breeds.

Additionally, they are quick learners and can master many complex skills. Both physical and intellectual.

They’ve heightened senses, including an acute sense of smell that lets them sniff any danger from miles. This is one of the significant reasons why German Shepherds are used as guard dogs today.

Therefore, a robust build, strong-willed attitude, and sharp senses allow the German Shepherd to be one of the bravest animals in the world.

Read Also: Most Fearless Animals on the Planet 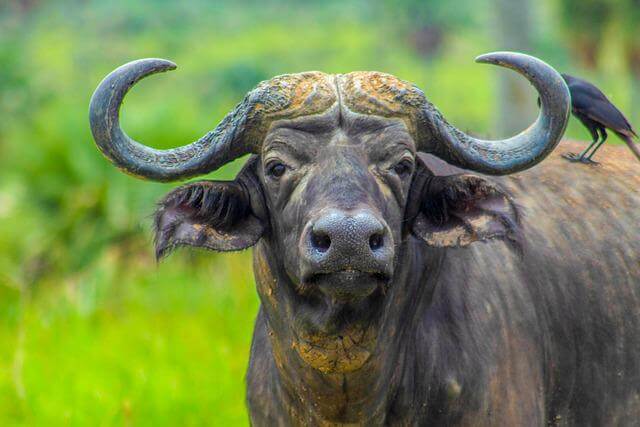 Cape buffaloes are one of the bravest and deadliest animals in the world. These buffaloes are native to Southern and Eastern Africa and are commonly referred to as the “Black Death.”

Whether a hunter or an apex predator, cape buffaloes don’t back down. These animals have a track record of killing the maximum number of hunters in Africa compared to other animals.

Moreover, Cape buffaloes are also highly protective of their calves. If they feel like their calves are in grave danger, they will kill or injure the attacker by any means.

The strength of a Cape Buffalo lies in its speed, body, and sharp teeth. Did you know that a Cape buffalo can charge at its opponent at 35 mph? This is enough to make any animal run for its life!

Apart from the speed, Cape buffaloes also use their huge curved horns to attack or defend themselves. They won’t hesitate to cut open their enemies if they feel threatened.

Here’s a surprising fact regarding the bravery of Cape Buffaloes. These animals can even take down a lion in a one-on-one fight.

Now, you can imagine how brave and powerful they must be to get into a fight with the king of the forest and even continue to win it! 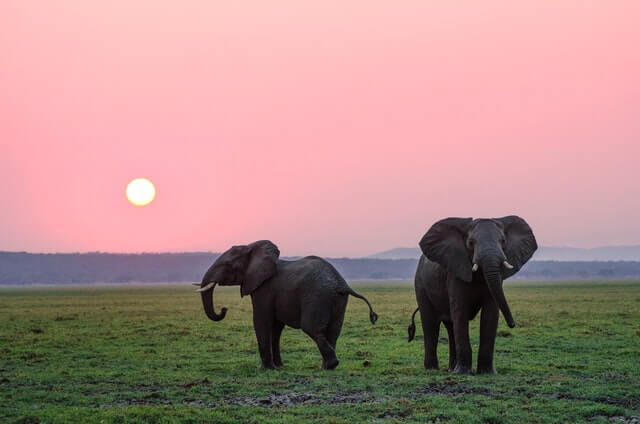 You simply cannot forget elephants when the topic is about the bravest animals in the world. After all, humans always made use of elephants during wars due to their courage and strength!

Even today, elephants continue to remain brave in the wild. These animals use their strong tusks to defeat their opponents.

Also, most elephants weigh anywhere between 1,800 and 6,300 kg. Therefore, they won’t shy away from trampling and killing an animal that threatens them.

Apart from their physical strengths, elephants are also among the most intelligent animals. They’ve three times as many neurons as humans, allowing them to devise strategic methods to fend for themselves in the wild.

Unlike most animals, elephants believe in maintaining relations and protecting their kind with all of their strength.

For instance, if the male elephants sense any danger, they will circle the mothers and the calves to protect them. They will charge right back at the predators if there’s a need.

Did you know that there have been various instances where elephants have even succeeded in killing apex predators like tigers and lions with ease?

Such is the bravery and power of most elephants!

Although many consider the lion the bravest animal, it is certainly not the only fearless one.

Some of the bravest animals worldwide include honey badgers, tigers, German Shepherds, Cape buffaloes, and elephants. Animals who won’t kneel in front of any living organism!

These creatures have proved their bravery in the wild by developing excellent survival instincts, attacking and defending techniques, and tactfulness.

Thank you for reading. Hopefully, the article was interesting to read.

If you liked this post, here’s another popular read: Strongest Animal in The Jungle.