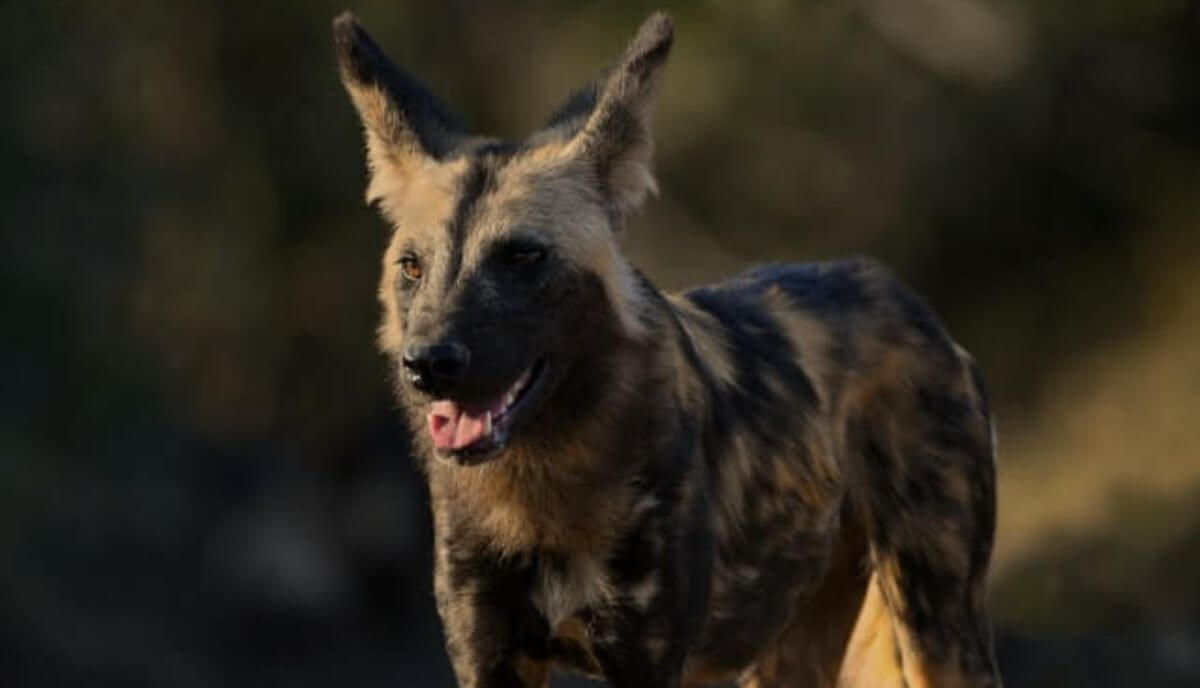 African wild dogs, also known as painted dogs have a fearsome reputation. These tough, rangy canids run comfortably at speeds over 40mph and have teeth equipped with a blade-like ridge to help them slice through prey.

A pack can easily kill a zebra or wildebeest, animals much larger, stronger, and faster than a human.

So one may wonder whether African wild dogs are dangerous to humans?

No, African wild dogs are not dangerous to humans as they never try to hunt people. Unlike other, more prominent predators, wild dogs do not see humans as their prey, and they are usually curious around people rather than aggressive.

African wild dogs in the wild do not attack humans, even though they do come into contact with both adults and children in certain regions. In fact, there has never been any record of African wild dogs attacking humans in their habitat, and only one known case in captivity.

The tragedy happened in Pittsburgh, Pennsylvania, in 2012, when a two-year-old boy accidentally fell into the African wild dog enclosure in the Pittsburgh Zoo & PPG Aquarium.

The 11 dogs began mauling the child, though it is unknown whether he died from the fall or was killed by the dogs.

In either case, experts do not believe the attack was food-related but rather an expression of normal predatory behavior (behavior that cannot normally be expressed in a captive environment, which often leads to frustration in captive animals). Horrifically sad though this case is, it is an isolated one.

While the dogs are interested in the livestock, they express no interest in the children (unlike many predators who see children as easy and vulnerable prey).

Wildlife researchers also report being able to get quite close to the dogs. The dogs initially approach with curiosity but flee before getting too close.

African wild dogs are, in fact, endangered, with fewer than 6,000 left in the wild. While they are occasionally killed by larger predators, such as lions, or diseases like rabies or canine distemper, the main threat to their survival is humans.

As people move further into wild dog territory, competition for food rises, and wild dogs are frequently shot or poisoned by farmers who fear for the safety of their livestock.

In short, we are far more dangerous to African wild dogs than they are to us.

Related: How Dangerous Are Hyenas?

No, wild dogs do not eat humans. They eat just about anything they can kill, from rats to antelope to kudu, yet no human has ever fallen prey to these wild dogs. This is most likely because wild dogs view humans as more powerful predators and not prey.

In the same way, humans have a natural aversion to snakes or spiders as we have evolved to recognize them as potentially dangerous, so too are wild dogs and many other animals afraid of humans.

Our bipedal posture makes us appear large, our eyes placed in the front of our face (a classic indication of a predator), and our historically violent nature toward almost everything around us has given us a reputation as the most prolific predator.

African wild dogs are intelligent creatures, so while they may be curious to get within smelling distance, they are not foolish to get much closer.

This is actually very fortunate, as African wild dogs are among the world’s most efficient hunters.

According to Nat Geo, they are the most successful African hunters with 80% of their attacks being successful.

Their hunting style is famously brutal.

Packs number around ten individuals on average, though they may be as few as three or as many as over 40. Wild dogs prefer to pick off sick or injured prey from the herd and chase it to exhaustion before tearing it apart, usually starting with its belly.

African wild dogs can reach speeds of over 44mph (70kph), which they can sustain for several minutes, even an hour. When the prey stops running, the dominant male and female typically attack first, and the rest of the pack follows.

A wild dog’s diet depends somewhat on the size of its pack: the larger the group, the larger the potential prey. They are known to regularly eat impala, gazelle, warthogs, zebra, wildebeest, and other large antelope, such as kudu.

What makes African wild dogs such efficient hunters is their ability to cooperate.

These dogs are highly intelligent, communicative, and caring (towards one another, not so much their prey). The bonds they form with one another enable them to react quickly during a hunt and work efficiently together as a team.

Also, the idea is to eat their prey as quickly as possible to avoid larger predators stealing it. They bite and savage the still-alive prey, ripping it apart and devouring it in a matter of minutes.

Read Also: How Dangerous Are Leopards?

Can African Wild Dogs Be Tamed?

No, you can’t tame an African wild dog. Scientists tell us that wild dogs can’t be tamed or domesticated as they live in social groups or packs, and they don’t do well independently.

Wild dogs as their name suggest are wild animals adapted for survival in the wild and simply didn’t evolve to live with humans. As humans, we can’t possibly meet a wild animal’s needs.

Also, we place their physical and mental well-being at risk by attempting to tame them. Humans often lack the environment or the food to keep these exotic animals healthy.

Imagine trying to keep an endurance runner, traveling up to 30 miles a day to find its prey, confined to a small enclosure?

In Summary – Are Wild Dogs Dangerous?

Wild dogs are dangerous, yes, just not to humans. African wild dogs are remarkable hunters, using their intelligence, cooperation, physical abilities, and adaptations to take down prey many times their size.

Their natural fear of humans, coupled with the fact that we do not, in any way, resemble their prey, means that they have never tried to hunt or injure a human in the wild, despite the fact that we frequently kill them.

If a pack of African wild dogs ever decided to put an unarmed human on the menu, they would undoubtedly succeed, so we are pretty lucky that they are not as aggressively trigger-happy as we are.

I hope you found this article interesting to read and that we were able to answer the question of whether wild dogs are dangerous.

For the very end, here’s a recommendation of another popular article: Are Sun Bears Dangerous to Humans?