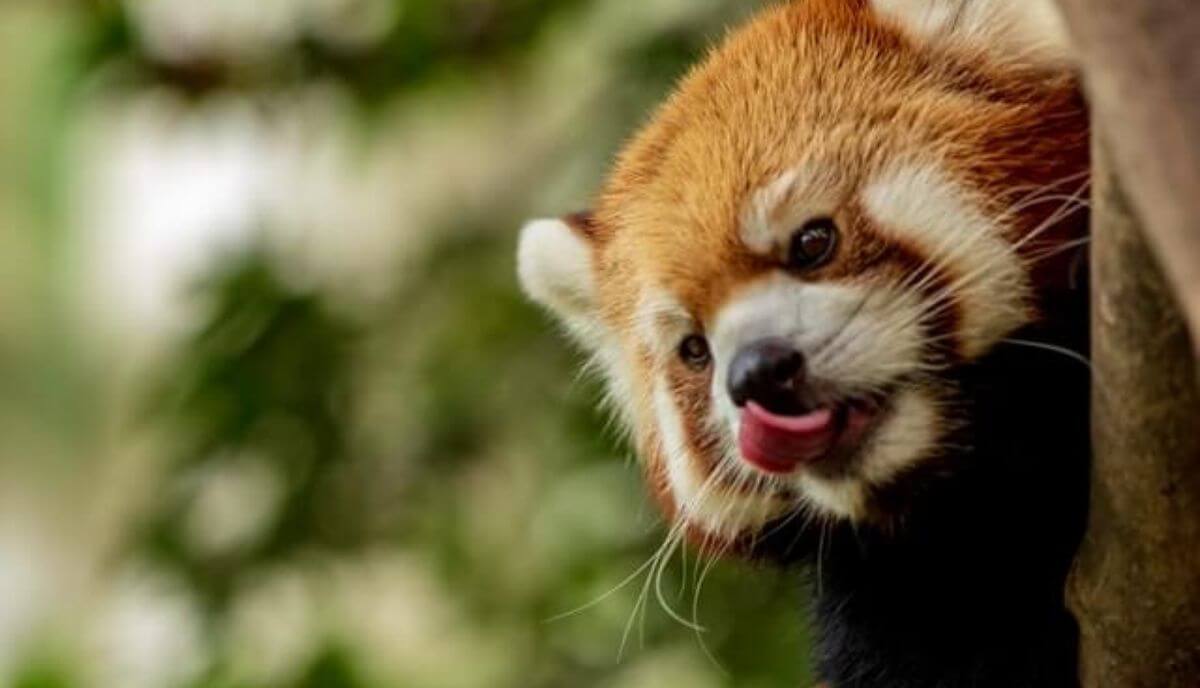 The first time you saw red pandas on the television, you must have pictured them as fluffy animals that enjoy cuddling. Well, you are not the only one!

But, you know that looks can sometimes be deceiving. So, what’s really behind that cute faces – are red pandas cuddly and innocent, or are red pandas dangerous?

Red pandas can be dangerous, and they are known for their aggressive behavior. Even though they do not pose a direct threat to humans, they could be dangerous when they are protecting themselves. When they feel threatened or cornered, red pandas can and will use their claws and teeth to attack the enemies.

When you look at a red panda, your first thought is likely to be about how adorable they look. With their reddish-brown fur and long fluffy tail, these animals belong to the category of animals that look friendly but can be a serious threat.

Regardless of their cute appearance, red pandas can be dangerous when disturbed or provoked by humans, or other animals. While they will usually choose to retreat rather than attack, red pandas are known for their short temper and aggressive behavior.

This is why wildlife experts recommend against domesticating these animals, and in most countries, it is illegal to raise them as pets.

However, in some countries, like Nepal and India, people try to domesticate red pandas without understanding how dangerous they can actually be.

What makes them so dangerous?

Being solitary in nature can be justified by the fact that the home range of one red panda in the wild is around 1 square mile, which means they do not like to be around people. But not only around people but to other animals, even their species.

Red pandas live most of their lives alone, except during their breeding season. They love to spend their day eating bamboo and sleeping on their own without being disturbed. Therefore, trying to pet or touch them can be dangerous.

Despite being tiny, red pandas are naturally equipped with sharp claws. While the claws are primarily used to climb trees and tear bamboo for food, they will be used to injure other animals or humans as a means of self-defense.

Red pandas will usually run away from the danger, however, when they have nothing to lose, these creatures will use their retractable claws, which can be very harmful and cause injuries.

Red pandas have razor-sharp teeth, which can cut through flesh effortlessly. Their jaws are equally powerful and work with the teeth to cause serious damages to a threatening enemy.

And again, when they are cornered and got no other solution than using their weapons to attack, they will not hesitate to do so.

Red pandas are naturally aggressive creatures. These animals tend to get aggressive all of a sudden when they feel irritated. While this is common among red pandas in the wild, even those that were hand-raised have been known to become aggressive at their caretakers.

When they are aggressive, they display totally different body language. In addition to making huffing and quacking sounds, red pandas also stand on their two back legs as a clear sign of aggression. This move is to show themselves as being bigger and fiercer than their enemy.

The aggressive nature of red pandas hits the surface often due to the stress of their requirements not being met. Needless to say, their aggression can be very harmful to humans if they are nearby during the time.

It is hard to believe that this kind of behavior can be seen in red pandas – but, if there is one animal that can prove to be true to the phrase “looks can be deceiving”, it can be red pandas.

Though such incidents are rare, yes, red pandas do attack humans. However, it is extremely unlikely for red pandas to kill humans. There are incidents reported on red panda attacks, however, when studied thoroughly, it becomes clear that the red panda attacks happened during situations when animals were either frightened or felt vulnerable.

During attacks, red pandas typically try to scratch or bite humans, which may lead to open wounds that can get infected if left untreated. So, yes, you will need immediate medical attention if you are ever attacked by a red panda.

Also, just like any other wild animal, red pandas can also carry diseases that can be harmful to humans, when they get scratched or bit by one. One such disease is rabies; so, when people get attacked by a red panda, they will be required to get rabies vaccinations.

FAQs on How Dangerous Can Red Pandas Be?

Yes, red pandas do bite. As discussed earlier, these mammals have sharp teeth that can easily cut through human skin during an attack.

Though rare, attacks on humans do happen when the animals feel vulnerable or threatened. The combination of their powerful jaws and sharp teeth can cause serious injuries to a person’s body, leaving them in need of immediate medical attention.

And since red pandas can harbor diseases, like rabies, the bitten person will also be required to take necessary vaccinations.

Can a Red Panda Hurt You?

A red panda can hurt you, yes! Beneath their adorable exterior is a naturally aggressive character that, at times, makes them hurt humans and other animals around them. Their aggression shoots up mostly when they are stressed, which then leads to unforeseen attacks.

An attack by a read panda, with its sharp teeth and claws, can hurt you badly physically, sometimes even causing permanent marks depending on the depth of the injury. You will need immediate medical attention and vaccinations even if you get away with just a scratch.

Can Red Pandas be Pets?

NO! If you think a red panda would make a great pet just by its adorable looks, you have never been more wrong. These are wild animals and should never be domesticated and kept as pets. Here is why:

Despite their size and appearance red pandas may, and will become dangerous if not treated correctly. They are solitary and territorial animals, and they would do not like being pushed and disturbed by any means. So in case they feel treated they will not hesitate to attack their intruders.

To stay on the safe page, you should respect their personal space, and threaten them as any other wild animal out there.

Thank you for reading. After reading this article, you should know what to answer if someone asks you, “are red pandas dangerous?”

If you liked this post, we would recommend you a topic from the same category: Are Elephants Dangerous?