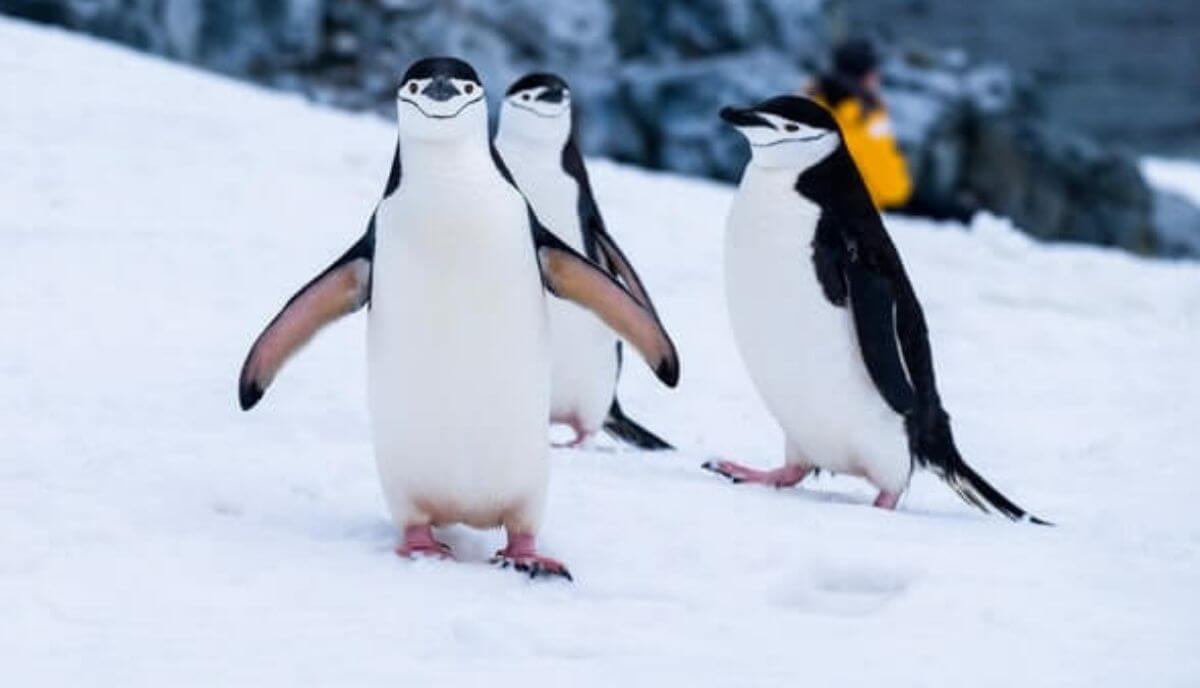 I remembered watching Happy Feet when I was younger. The film created an atmosphere of friendship among penguins and animals.

But, is the film really showing the facts about penguins? Are penguins friendly?

Yes, for the most part, penguins are ‘friendly’ to people. The reason being is penguins don’t have any predators on land, so when they see a different species (humans), the birds are comfortable walking around and approaching people.

Although friendly, it is not advisable to pet penguins. They can still randomly attack humans since they are wild animals.

Now, let us get to know these flightless birds.

Some people interpret penguins’ curiosity as friendliness. These flightless birds are fearless in approaching humans.

It is thanks to the fact that they do not have any natural land predators. If they are used to human presence, they will not hold reservations about approaching you.

There are tours available that allow people to visit penguins up close in Antarctica.

However, there are rules to follow when around penguins.

Although penguins will likely enjoy having you around, it does not mean they allow you to touch them. Penguins are easily spooked.

At the same time, people should not expect that penguins will immediately approach. It will take time for penguins to adjust to your presence.

Although they have no natural fear of humans, it does not mean they do not practice caution. And if they do approach, do not hold or grab the penguin.

You are also prohibited from touching them in any way, especially in cases of penguins in the wild. In certain sanctuaries, petting penguins are allowed under supervision.

However, you will probably not touch these diving birds because of their strong fishy odor.

Penguins have no fear of humans, but this doesn’t necessarily mean they like humans. However, these flightless birds do not hate people either, but they are rather curious.

Once they warm up to you, penguins will start to approach you as long as you do not surprise them with sudden movements.

When interacting with penguins, you should not also make loud noises, or they will dash away from you. Penguins are easily scared of almost anything loud and quick.

If they approach humans, there might be a temptation to pet penguins. However, it is highly discouraged as these birds are still considered wild animals.

People are also warned not to carry or grab a penguin. These flightless birds may misinterpret such a move and can attack you.

Related: How Dangerous Are Penguins?

However, in protected sanctuaries, with a licensed expert, people can pet penguins. However, penguins do not act like domesticated pets when touched.

Penguins feel the same when you pet them, and it is not different when another penguin touches them.

They will treat it as if the person is preening them. However, that is a good thing as preening is common in the penguin society.

Penguins are also known as social birds. They love to snuggle and cuddle with other penguins, especially for warmth.

However, there are no signs or indications that these oreo birds want to hug humans.

As for affection, they mate with one partner for life. They are so dedicated to their partners that these flightless birds will not mate with another penguin after their partner dies.

Yes, penguins can remember particular human faces for years. In fact, penguins are highly intelligent birds, and they even have the ability to recognize a friend or enemy, which helps with their survival.

A 2012 research published by Avian Biology Research provides that birds, in general, can recognize familiar human faces and voices.

Most penguin species, like Adelie and Chinstrap, have remarkable memories. It also helped them navigate through terrains.

With their memories, these flightless birds can find the same nest spot.

Penguins also memorize the faces of other penguins. They have double-sense recognition ability, where these birds match vocal calls and compare other physical appearances to find a familiar face.

Let us answer some frequently asked questions about penguins.

Are Penguins Friendly to Each Other?

Yes, penguins are friendly with each other. They are intelligent and social animals that understand the need to stay in a group.

Living in a cold region, these creatures huddle together to maximize their body heat. To protect everyone, penguins constantly rotate so that even penguins outside the huddle can get warm.

It also appears that penguins of different species can build a bond. Emperor penguins and Adelies live within the same Antarctic region.

There have been records where Adelies offer help to protect baby Emperor penguins.

How do Penguins Show Friendship?

Generally, penguins act indifferent towards most other penguins. These birds are social and friendly, but it does not mean they are friends with all the penguins in the huddle.

If penguins have one friend (or best friend) for life, it will be their mating partner. These flightless birds spend more time finding a mate than building friendships.

The male penguin will offer the female penguin the smoothest pebble. This pebble offering happens during courtship.

If the female penguin likes it, she will place the pebble on her nest. Then the two penguins will start building up the nest with more pebbles.

Do Penguins Have Feelings?

Yes, penguins also have feelings, and they can feel a range of emotions and even have a way to communicate them. Penguins use six distinctive vocal calls to express their emotions and feelings. African penguins can express loneliness, hunger, and irritation.

Though in general, birds do communicate using their vocal sounds.

Penguins also express their feeling through courtship, and the most famous illustration is the pebble offering proposal.

Emperor penguins are also not shy in expressing their love. They serenade and bow to their partner.

These tall penguins can also withstand time, space, and cold in the Antarctic region, while their partner is out in the sea.

Penguins are friendly as they are social animals, and they need to be sociable to survive in their region. Thanks to their lack of natural land predators, these flightless birds are not afraid of humans. However, penguins may take some time to warm up to humans.

Penguins are not really interested in being spooked. So, any jerking movement or loud noise can scare them away.

At the same time, if humans are allowed to pet them, penguins will treat it as preening. This action is common in penguin society.

These flightless birds are also romantics, spending time and effort during courtship. You should start taking notes from them.

With this, we have concluded the “are penguins friendly?” article. Thank you for reading!

If you enjoyed this post, here’s another popular piece: Are Sharks Friendly?