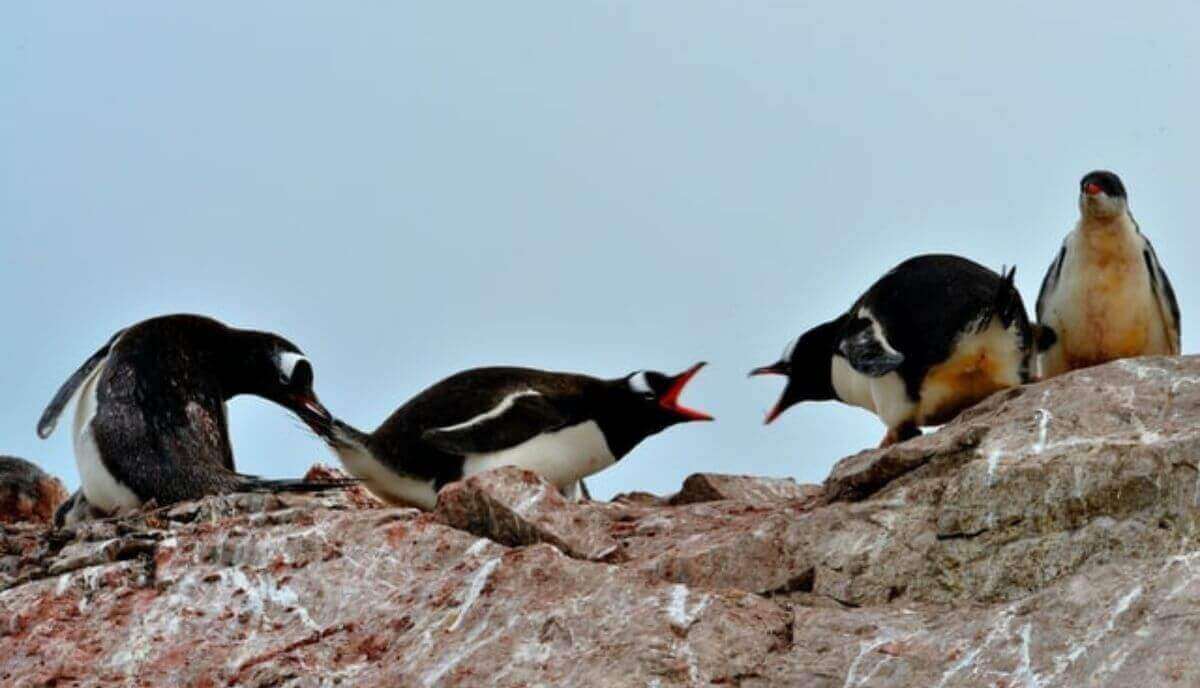 Penguins are some of the cutest animals that most people may want to touch or interact with when they have the chance. But because of their size and funny appearance, many are wondering – are penguins dangerous, or are they completely harmless?

While they look harmless, penguins can be dangerous, as there have been reports of penguins attacking humans. It is important not to get too close to penguins, and their babies, since this may trigger an attack. Penguins fight with one another using their beaks and flippers, and this is the same way they fight with humans who approach them without caution.

So, here you have it, that is the short answer to the question of whether penguins are dangerous, but there is more to it. If you are interested in how dangerous these birds can be and what to do to keep yourself safe – keep reading!

These cute-looking animals can be potentially dangerous when provoked or attacked by humans and even other animals. They are usually quite peaceful birds, so they do not attack anyone without reason. However, there have been cases of penguins fighting people who get too close to them.

Penguins are predatory birds, so they can be dangerous to those who threaten their life. However, human beings don’t usually come into contact with penguins due to where they live.

Those who visit penguins in Antarctica are advised to stay at least five meters away from the birds. This is to ensure that they don’t invade their personal space, which may lead to attacks.

They can cause a lot of pain through the injuries they inflict on humans, even though there have been no reports of someone dying of a penguin attack. However, they peck using their beaks which can lead to small bites which may bleed.

During the attack, it is easy to fall over and break a bone or get serious head injuries. This is why it is very important to keep your distance from penguins in case you come across them.

Penguins are not aggressive if not provoked so it is rare for them to attack humans or other animals without a reason. Some causes for penguins to attack someone includes getting too close to them too fast. You should not approach them in any case since they could interpret it as an attack hence striking back at you.

It is best to maintain a distance of at least five meters whenever you are close to penguins. If they approach you, back away from them slowly without turning your back on them.

These animals are very protective of their families, especially their young ones and nests. This is why while they are not aggressive, they will attack you if you approach their young.

You should keep your distance, especially away from their nests, so they don’t feel threatened by your presence. It is important to also not approach the penguins when they are trying to attract a mate. Some species do this by building a nest, so if you see them collecting rocks, you should stay away from them.

Loud noise, too, can make penguins aggressive since it scares them and makes them think they are in danger. This is why you should speak in low tones around them and turn off your camera shutters so as not to startle them.

Penguins may attack humans when they feel that they are in danger or that the humans may want to cause them harm. Penguins don’t normally attack humans since it is rare for them to be in close proximity to one another. However, humans sometimes get too close to them in Antarctica or at the zoo. In such cases, penguins may jump on humans, bite them with their beaks and slap them with their flippers.

Since penguins are carnivores and predators in their environment, they do not fear the large size of humans and other animals. You will find them attacking larger birds and animals such as seals in their habitat whenever they feel provoked.

In this same way, penguins may become aggressive to human beings whenever they come too close to them.

One of the main reasons for penguins to attack human beings is when they get too close to their nest or young ones. Penguins can be very protective of their young.

You can identify a nest since it is built using rocks and is hollow in the middle. Both the male and female usually protect their nest so you can be attacked by both.

FAQs – How Dangerous Are Penguins?

As I’ve already mentioned, despite their clumsy and funny appearance, penguins can potentially be dangerous. Here are some of the most frequently asked questions regarding the danger of penguins:

Yes, penguins bite. Since they are predatory animals, penguins have sharp beaks with a hooked tip that they use when attacking humans and other animals. It is common to find penguins fighting and bitting, especially when defending their mate from other birds. They use their beaks to bite the other penguin hence causing injuries which is why this could quickly become a bloody fight. The bites are usually deep, and due to the curve at the end, they can take off some flesh from the body, causing a very deep injury.

Are Penguins Afraid of Humans?

Penguins don’t have any fear of human beings since they are not usually in the same environment as people. They do not fear the large size of people, which is why if provoked, they will attack the person with no concern with the difference in size. The lack of fear for people comes from the fact that penguins are not hunted by many animals in their natural habitat. They are predators, and while they are smaller than many animals in Antarctica, they may be attacked but not regularly hunted by many of those animals.

Penguins are territorial although they live in large crowds, they are very protective of their nests and young ones. They do not like it when anyone comes close to where they live, which is why they will harm any strangers. People, in particular, are in danger of being attacked by penguins since they are not of the same species as penguins.

Penguins can be dangerous, especially if they are a large species. They attack humans using their beaks and wings. While this may not cause too much harm to human beings, one can be overpowered and made to fall over where they can get head injuries or broken bones.

Sometimes the penguins may not stop attacking and may cause serious injuries to the arms and even the face. It is not uncommon for penguins to attack in groups and in such cases, one may end up really hurt and bleeding. As a group, it is easy for the birds to overpower a person and fall them over, which could cause more injuries.

As a person, the best way to avoid conflict with these birds is to stay away from their habitat. You should not disturb their nests or get close to their young ones. Although young penguins are quite curious and may approach you, it is best to back away from them since touching them could lead to an attack by the adults.

Thank you for reading; I hope I’ve helped you resolve the question, “are penguins dangerous”? If you liked this article, I would kindly recommend you also read Are Badgers Dangerous?