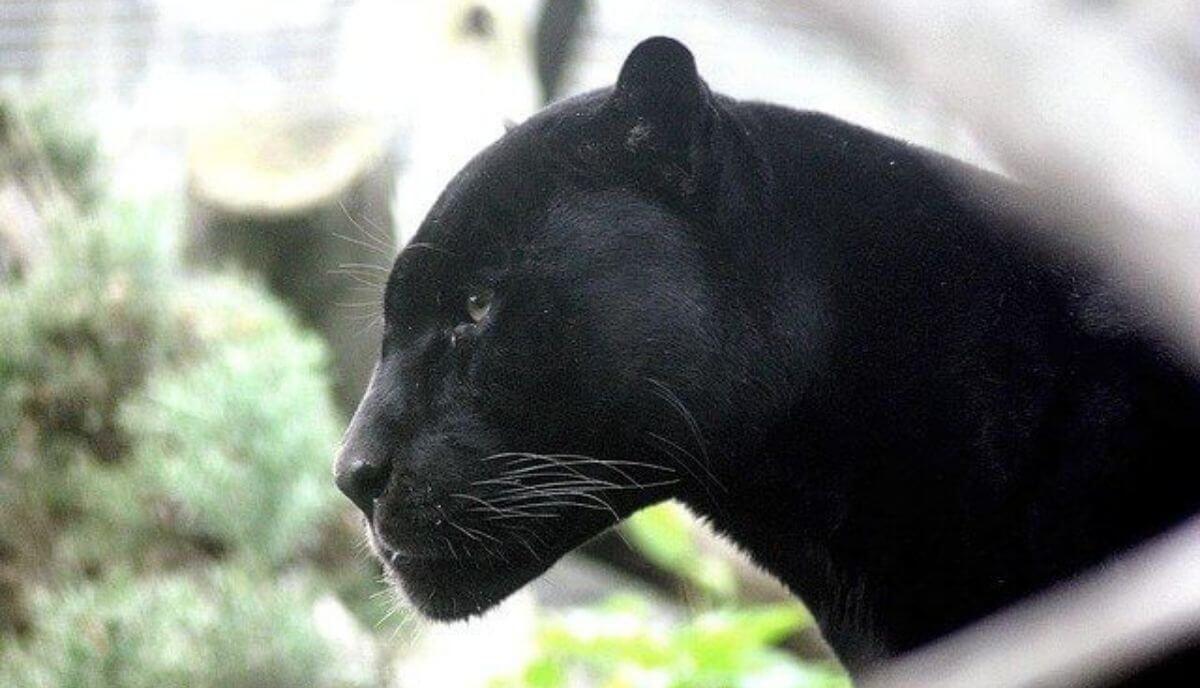 The panther is not a specific species of the cat family but is usually used to note a black feline belonging to the big cat family. The most popular panther is the black panther found in Africa, the Americas, and Asia.

Besides their majestic appearance, you may ask – Are panthers dangerous? Do they attack people?

Yes, panthers are quite dangerous and aggressive animals as they are natural-born hunters and predators. Thanks to their size and strength, panthers can bring down adult humans and most animals in their habitat. In addition, panthers have sharp teeth and claws that help them effectively fight their enemies.

What Makes Panthers so Dangerous?

Let’s explore further and see why and when these big cats pose a threat.

Panthers are at the top of the food chain, which means no other animal threatens them, including humans. While people usually have weapons such as guns that can bring down a panther easily, they cannot win a fight without them.

As being apex predators and carnivores, panthers are used to hunting and killing, so they have experience and are capable of bringing down prey twice as big as them without breaking a sweat.

These cats are more likely to attack any animal that doesn’t belong to their family and kill them even if they may not necessarily eat them.

Panthers Are Big And Strong

While panthers are naturally aggressive and fierce hunters, their size also plays a big part in how and who they can attack.

An adult male panther can weigh up to 250 pounds, making it one of the biggest pure breed cats. Their large size makes them incredibly strong and muscular, and they can cripple any live being with one blow of their powerful paws.

In addition, they have powerful jaws equipped with razor-sharp fangs that make them quite dangerous since they can kill a person quickly.

Panthers live solitary lives, which is one of the reasons they are very difficult to spot. In addition, they are nocturnal creatures, so they sleep during the day and are most active at night, hunting and moving around.

Because they don’t live in groups, they are even more aggressive when their peace is disturbed. While they don’t usually hunt during the day, they will purposely hunt and kill animals that cross their paths during daylight.

This is why it is important to stay away from the panther’s territory even if you see them sleeping since they can easily wake up and attack you.

Panthers rarely attack humans since human flesh is not their primary food source. Consequently, because it doesn’t see humans as their prey, it is unlikely that the panter will attack and kill a human without reason. However, panthers are very protective and will launch an attack if someone is threatening their territory or their cubs.

Nevertheless, if a panther is on the brink of starvation, there is a slight chance that it will try to hunt and kill a person. It’s important to remember that panthers are wild meat-eating animals, and they should be treated with great caution in any given circumstance.

There are unconfirmed reports of a Florida panther attacking a person that managed to get away with minor injuries.

Authorities were pretty surprised that a panther attacked the person due to the rarity of the case. This shows that it is extremely unlikely for panthers to hunt a human being unless they have to.

This includes invading their space, especially when people are loud and disruptive. Also, just like other mammals, panthers are protective of their young so going close to them is a big no.

They can and will attack anyone that comes close to their nest to keep them away from the cubs.

Related: How Dangerous Are Polar Bears?

There have been no records of man-eating panthers, so it is safe to say that panthers do not eat humans. The panther may attack a human being that provokes him, but it is unlikely that it will end up eating them. This is why many of the alleged panther attacks ended with the people having only injuries.

Since panthers are nocturnal, they mostly hunt and feed at night. And because of their large size, panthers can eat up to 30 pounds of meat at a go.

They will mostly hunt mammals in the forest, such as deer, antelope, and zebra, but they eat small animals such as rabbits and squirrels when they have nothing to hunt.

Panthers are quite good swimmers, so they often add fish to their diet. However, this is when they cannot hunt, but they need to eat.

When they live close to human beings, they may attack their cattle and goats, but they prefer staying away from human settlements.

How to Survive a Panther Attack

Wrap Up – Are Panthers Dangerous?

Due to their predatory and wild nature, panthers are dangerous to humans. However, they will usually avoid people and are unlikely to attack for no reason. Yet, If their territory or their cubs are jeopardized, panthers may injure or even kill a person using their claws and teeth.

Just like any other wild animal, it is best to give them space and stay away from them to avoid conflict. View them from a distance and don’t cause them any disturbance.

Thank you for reading. If you liked this type of article, here’s a suggestion of the most popular read on the same topic: Are Ostriches Dangerous?