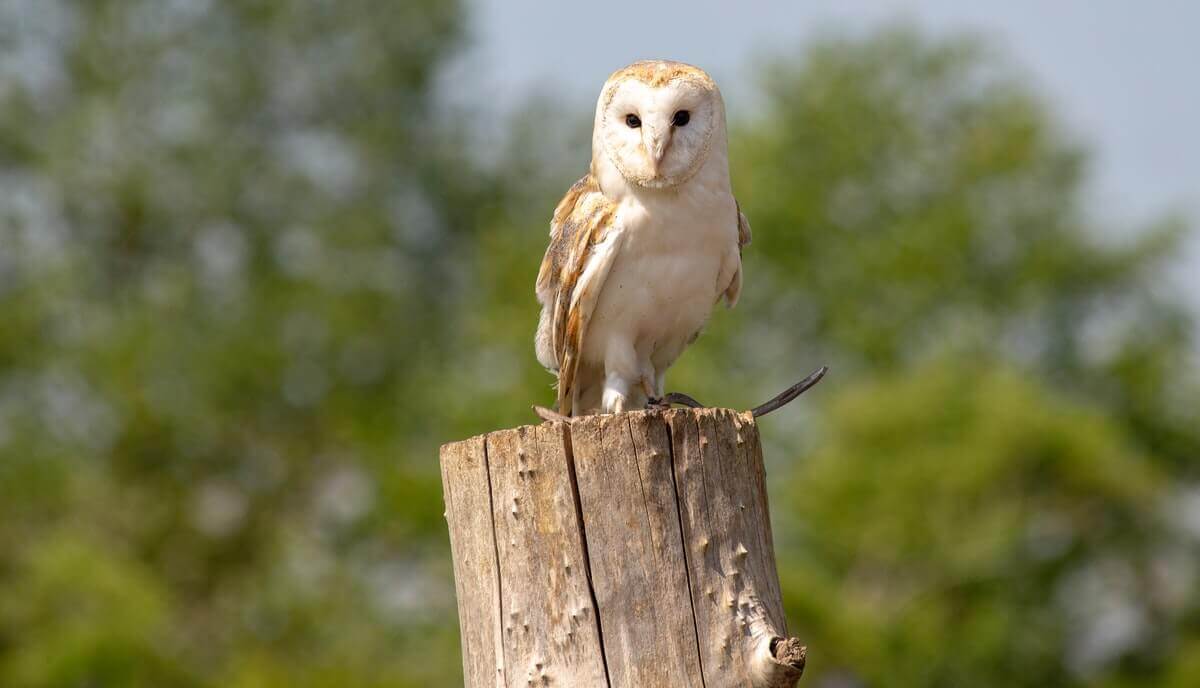 Owls are majestic birds that have the reputation of being wise, smart, and quiet birds. What we often forget is that owls are raptor birds, who most of the time are loners, and who spend their nights preparing for the next kill.

That brings us to our question, can owls be sociable? Are owls friendly?

No, owls are neither friendly nor social birds. Many people find owls cute and unique-looking birds. And indeed, owls are pretty cool. However, they will more often show aggression than friendly behavior. At the end of the day, owls are wild animals, and it is not in their nature to be friendly.

Why owls are not friendly?

Like most birds of prey, owls are not friendly because they evolved to be alone. Unlike flock birds, which are used to being in groups, owls avoid being in the presence of any other species.

Most owls live solitary lives, and friendly and affectionate behavior is not in their DNA.

Despite their cute look, owls are neither great pets. First, owls are high-maintenance birds that require a lot of space. A cage for parrots in the corner of the room is not enough.

Also, they are carnivores birds, and they require fresh meat food daily. Another reason why owls are bad pets is that they are nocturnal birds. So, they’ll make noise during the night, especially through the mating season.

Lastly, they can be very destructive. Owls have wild bird instincts, and they are equipped with razor-sharp talons that can damage many things in the house.

And above all, owls can be dangerous. Keeping a bird of prey as a pet is not smart, they may retain their wild instincts, and they can hurt you or your guests for no reason.

However, many people enjoy challenges and insist on keeping an owl as a pet. Yet, before you start thinking about it, keep in mind that it is illegal for most people in the United States to keep owls as pets.

Owls are bird species that are protected by the law. Only after the special training and getting the licenses, you may keep an owl legally.

The Barn owls are medium-sized silent predators that are recognized by their heart-shaped faces and long legs.

Barn owls are not quite friendly. In fact, they are more likely to be aggressive than friendly. However, attacks on humans happen rarely.

These birds of prey usually live and hunt independently, but sometimes they can be found in pairs. A barn owl can live in almost every environment, and they are the most widespread owl species.

For many people, Snowy owls are the most beautiful owl species because of their unique white feathers.

Unlike most owl species, Snowy owls are diurnal birds. They inhabit the North Pole regions, but they are also seen in the United and Canada.

Despite the fact they are pretty species, Snowy owls are also not so friendly.

These owls can be very aggressive when defending their territory or nest. They are known to attack humans and even wolves that come near the nest.

The Barred owls are known as the most vocal owls among all species. But not as the most friendly.

During nesting seasons, they become quite aggressive, and they tend to attack any potential intruders.

Females, in particular, are very aggressive. Their protecting instincts are strong, and it is not a surprise that they are ready to attack anyone who seems to be a threat.

The Great horned owls are one of the largest species, known for their fierce predatory skills, capable of preying on large animals. These kinds of owls eat snakes, rabbits, hawks, cats, and even other owls.

Are owls friendly to humans?

This really depends on the definition of friendly. No wild animal will show affection to a human; neither will come for petting. In fact, most wild animals do not enjoy being very close to humans.

This is especially true of wild owls. Owls tend to avoid the presence of any other creatures, so we can say that owls are not quite friendly to humans.

Because of their habits and nocturnal lifestyle, we rarely even have the chance to encounter wild owls. The majority of owl species are active during the night while roosting throughout the day.

Most of us have an opposite way of life to owls. The only time we can come close to an owl is when it is injured or weak and unable to fly.

And above all, owls are not social birds, actually, they are one of the least social bird species.

When it comes to owls in captivity, they are more “friendly” toward humans. There are a lot of videos and pictures online showing the good side of pet owls.

Despite the fact they can develop some sort of good relationship with people – this is simply because an owl sees its owner as someone who provides food to it.

Owls are not affectionate or friendly to humans, and they can’t develop such emotions. They are a lonely type of predatory bird, and their natural habitat is in the wild.

They dislike it simply because their feathers are getting disturbed. Owls would have to self-groom after being pet since flying with ruffled feathers is very inefficient.

This applies to all birds, not only owls but most wild and captive birds. They don’t like petting.