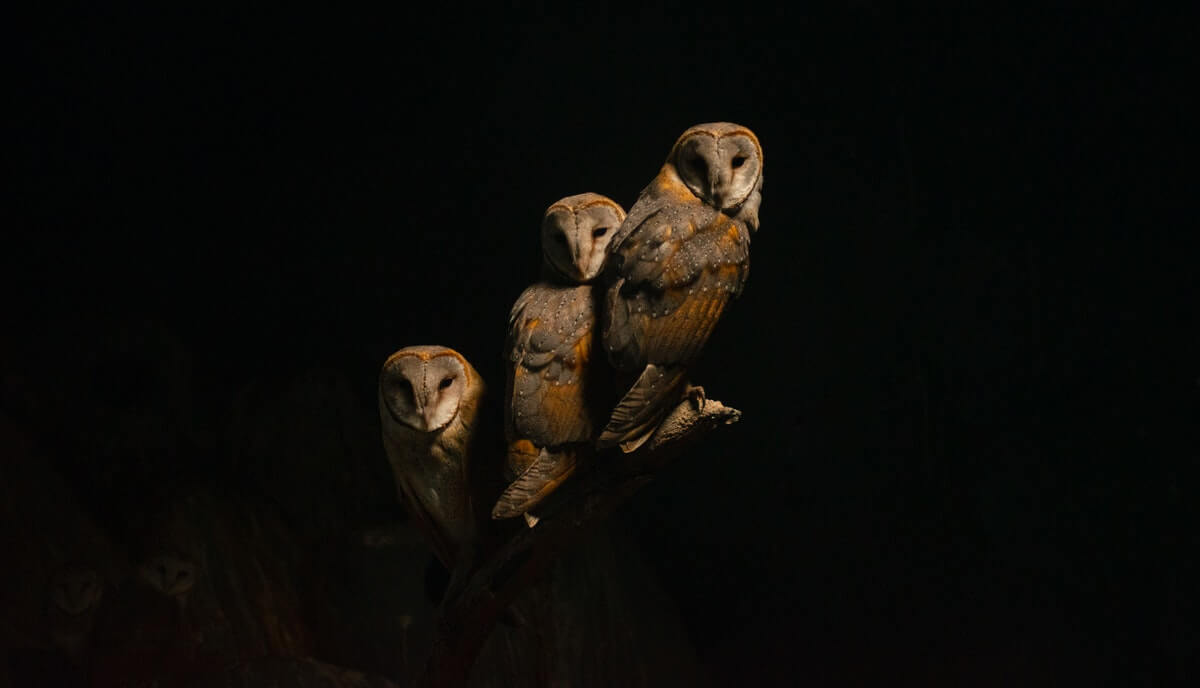 The mysterious owls don’t look so vicious at first glance. Its forward eyes, flat face, and short, sharp beak doesn’t exactly give away the ability of the owl to threaten, kill or even inflict an injury.

What people wonder is – are owls dangerous? Can they cause significant harm to humans?

Owls can be very dangerous for humans and pets, as they are equipped with sharp talons that are powerful enough to cause serious injuries. Owls are most aggressive when their territory is jeopardized or when defending their chicks. They are wild birds, and there have been several reports where owls injured hikers, passers-by, and pets without being previously provoked.

Main reasons why owls are dangerous:

Are Owls Dangerous to Humans?

Owls can be dangerous to humans, yes. They have been mostly known to attack people who endanger their territory and nests. Owls are unpredictable and territorial birds of prey, and their attack can lead to cuts and even severe injuries. However, fatal consequences after an owl attack are quite rare.

Hence, if you’re wondering whether owls are friendly to humans, you probably have your answer already. Although, research has shown that some owls have the potential to act as companions to humans.

The next question would be, if they can attack humans, can owls kill humans?

You wouldn’t expect the answer to be no because I mean, humans are more than ten times bigger than owls and not even considering the higher intellectual ability.

Well, that’s what the judge of a high-profile murder case in 2003 thought. About eight years later, it was found that the case was judged wrongly and there was breathtaking evidence that proved that the murder was painstakingly wrought by a Barred owl!

Owl attacks on humans happen but are not as frequent. Owls usually attack and display aggressive behavior when threatened.

Do owls fear humans? Maybe. But do they rise above their fear? Sometimes they do! Joggers and hikers have been known to tell the stories of owls’ viciousness.

How to avoid an owl attack? Well, the best way to do it is to stay away from its nest. Stick with me, as I am going to explore this subject in more detail.

Are Owls Dangerous to Dogs?

Owls can be very dangerous for dogs and cats and also other small pets. If owls pose a threat to humans, then they can definitely be dangerous to dogs as well. Owls would attack dogs and cats when they are feeling threatened or when hungry.

If you’re wondering how big of a dog an owl can pick up, the great-horned owl has been shown to be able to pick up prey ten times heavier than itself. An average great horned owl weighs about four pounds. This means that they can not just carry puppies but even big dogs.

However, because a big dog would fight back and it can even kill the bird, owls tend to attack smaller dogs more frequently. With their vicious talons, owls are known for causing serious injuries and even killing tiny dogs.

How to Avoid Owl Attacks?

There’s a lot you can do to stay safe from owl attacks and to keep at bay the threat of owls on you, your dogs, and even your children. If owls are about to attack you, they will normally let you know by hooting, hissing, or clicking with their bills.

On the other hand, if owls pose a threat to livestock, birds, or small pets, several methods will keep them away and prevent their attacks.

In certain situations, almost all wild animals can be dangerous, including owls. An owl’s aggressive and dangerous attitude is mostly associated with self-defense. Threats to their young and territory are the two main reasons owls attack other predators.

Depending on the size, some owls are not able to cause great harm, while larger species can be brutal.

Let’s see what owl species are the most dangerous.

The great horned owl, also known as the tiger of the sky, is the most dangerous of all owl species. With a wingspan of almost 5 feet and powerful grip strength, great-horned owls are strong enough to kill prey larger than themselves. In case their nest is endangered, great-horned owls will attack cats, dogs, humans, and any other predators without thinking twice.

Barred owls are known for their aggressive and territorial behavior, and they can be quite dangerous, especially during the mating season. Barred owls are one of the most stealth owls and most usual places when attacking humans are the head, hands, and face. Females are even more dangerous than males, as their protecting instincts are high.

Like every other owl species, screech owls can be dangerous when protecting their nests and territory. These small owls are known for their bat-like flights and exceptional maneuver abilities. Attacks on humans are as not as frequent, and due to their size, screech owls are not capable of causing serious injuries.

Barn owls are the most widespread but the least dangerous of all owl species. These owls are not particularly territorial or protective of their chicks, and they have been known to leave their nests and eggs when threatened by humans or other predators.

In Summary – Are Owls Dangerous?

The dangerous nature of owls is not in doubt and so measures should be taken to avoid attacks by owls. The best thing you should do in order to minimize a potential owl invasion is to stay away from owl nests, especially during the mating season.

However, as we have mentioned earlier, owl attacks on humans are not so common. As long as you are aware of the potential danger (you should be after this article), you can practice safety measures to keep yourself protected, as well as your pets and livestock.